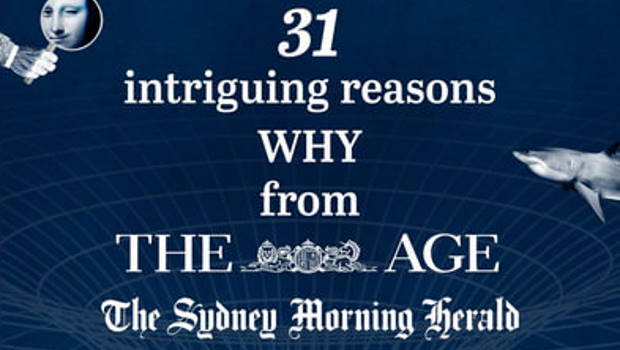 Explain That: 31 intriguing reasons why from The Age and The Sydney Morning Herald Book Review

Explain That: 31 intriguing reasons why from The Age and The Sydney Morning Herald Book Review Chris O'Connor
Writing

Summary: A mixed bag of articles on various topics, some more serious than others.

I have mixed feelings about Explain That. It started strong for me with some really interesting topics, covered in a well thought out and explained manner… then it veered towards what I might call “fluff” pieces. The book serves as a kind of smorgasboard of information… you may like all that is on offer and devour every article… or you may want to pick only some and leave the rest.

Though there are some legitimately interesting and thought provoking articles to be found in Explain That… there are also some (for me at least) on the nose pieces, principle among these is an article about “When is the open plan actually a trap?” in which reference is made to Pierre Koenig’s Stahl House in the Hollywood Hills (for those not familiar… it is referencing in particular a famous image by Julius Shulman showing a room with windows for walls (and not a curtain or cover of any sort in sight), overlooking the lights of Los Angeles. The portion that irked me is a reference to this open for the world to see room as seeming to “offer limitless view and openness in all directions”… here comes the kicker… “with no loss of privacy…” Now I’ve been known to cite The Emperor’s New Clothes in relation to “trending” things that seem to have no real merit in the past… and I think describing something that is essentially akin to a fish tank as something that has “no loss of privacy” is oxymoronic and clearly fits with the mentality of regal tailors.

But as I mentioned… there are some fascinating sections too. I was intrigued to read about current research in psychedelics for treating forms of suffering. An article about why pronouns matter was very well presented (and ultimately… is it really going to hurt you to refer to someone by a term they are more comfortable with?). Learning how Liberal and Labor factions work is equal parts enlightening and depressing (it just reinforces that notion that politicians are basically behaving like children in the school grounds “you’re in my gang… that person isn’t allowed” etc).

I think this book is best treated as a jumping off point and very much a mixed bag. You can find yourself reading a very scientifically grounded article only to then go on to an article that informs you if you want to win an Oscar you just need to direct a film for Pixar (completely ignoring the process of getting to such a lofty position in the first place and the fact that the content of the movie still makes a difference… my wife pointed out to me that the article was probably just being “light hearted”… which I agree with… but I also dislike such flippant articles… suggesting that it’s “simple”… I’m sure those who’ve won an Oscar wouldn’t say it was “simply a matter of…”.

Ultimately… I don’t think I would recommend Explain That… but I think that’s just because the mixed tones of the articles was something I found too jarring… going from serious science to subjective aesthetic views and “playful” tick boxes to assure that Oscar win just left a sour taste in my mouth. But that’s just me being subjective… I’d rather keep my science writing with science writing and my playful writing with playful writing, if you don’t mind style mingling then this might well be something you’d like to pick up and by all means, go for it.