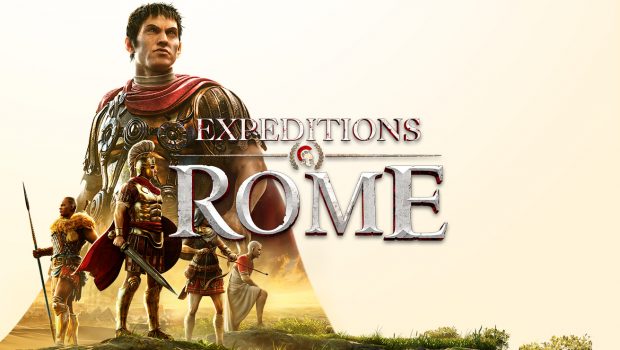 “Begin, be bold, and venture to be wise,” wrote the Roman poet Horace. Expeditions: Rome opens with a loud, action-packed premise – be the commander of your very own legion – before unraveling into an epic adventure with thought-provoking stories and deep gameplay systems that easily rival bigger AAA titles.

This tactical role-playing game, complete with turn-based combat and strategic simulation, is as ambitious as the empire it lovingly portrays, and it’s conquered my free time with a level of focus, attention to historical detail and quality of writing that will satisfy many CRPG fans.

Expeditions: Rome puts you in the role of an up-and-coming legate, forced to flee Rome after your father was assassinated by senate schemers. You’re sent across the sea to Consul Lucius Licinius Lucullus (what a name) to join and later command your own legion across a sprawling 50+ hour campaign filled with military machismo, interesting characters and exotic locations, with the goal to accumulate power and discover your father’s killer before returning to Rome for vengeance.

While firmly grounded in the real-world exploits of the Roman Republic era, the game’s aesthetic (legionnaires, gladiators, and scheming politicians galore) language (lots of great Latin sayings and classical pronunciations), varied settings (Rome, Greece, Africa and more) and presence of real-world figures (Julius Caesar, Cleopatra of Egypt and Mithridates of Pontus) come together to form an entertaining experience that knows when to keep faithful to established events, and when to take historical license to provide game-ey fun for the player, rather than rigid restriction. As a casual fan of Roman history, the presentation and tone of the game is richly realized and well executed 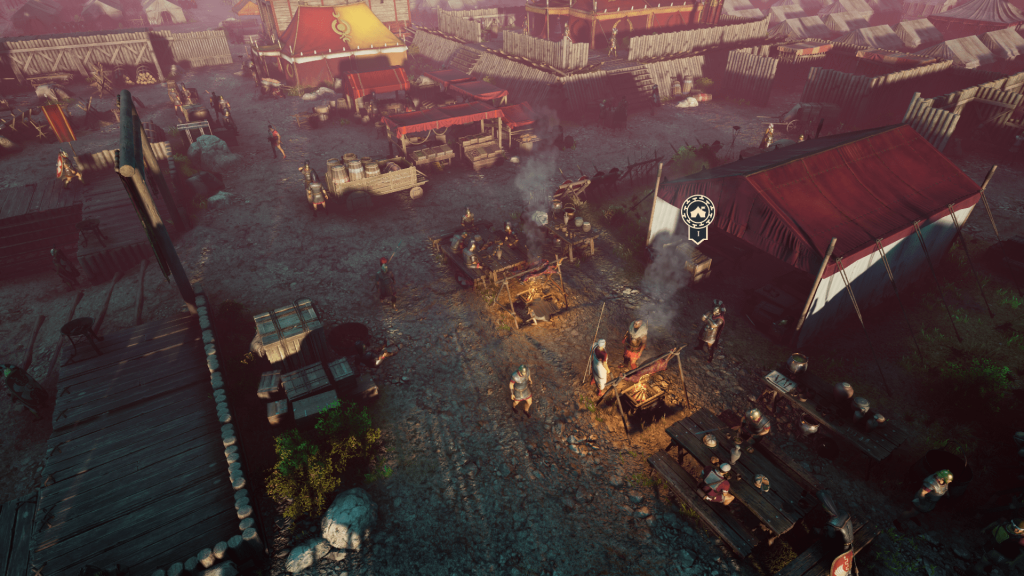 This alternate history approach also extends to the game’s story, which centers on your own unique custom-made character, who can either be a man or woman. I played as a woman to see how far the developers would accommodate the option, given it clashes with the patriarchy of the Roman setting, and to my delight, my choice has led to consistent reactivity throughout the game with, many characters commenting, and the story being tailored around a female legate rather than glossed over. The game doesn’t even allow you to give your legate gal a first name, as women of the Roman Republic era apparently weren’t given that right. Damn barbarians!

It didn’t take long to realize Expeditions: Rome is a full-blown classic role-playing game, in addition to its strategy simulation roots. Dialogue options throughout the story let you shape your preferred approach to battle, interactions with NPCs, and influence the narrative, with a choice of one of three distinct approaches – Ethos, Logos and Pathos – that let you unlock particular special story choices based on your legate’s disposition (authoritative, logical or emotional). 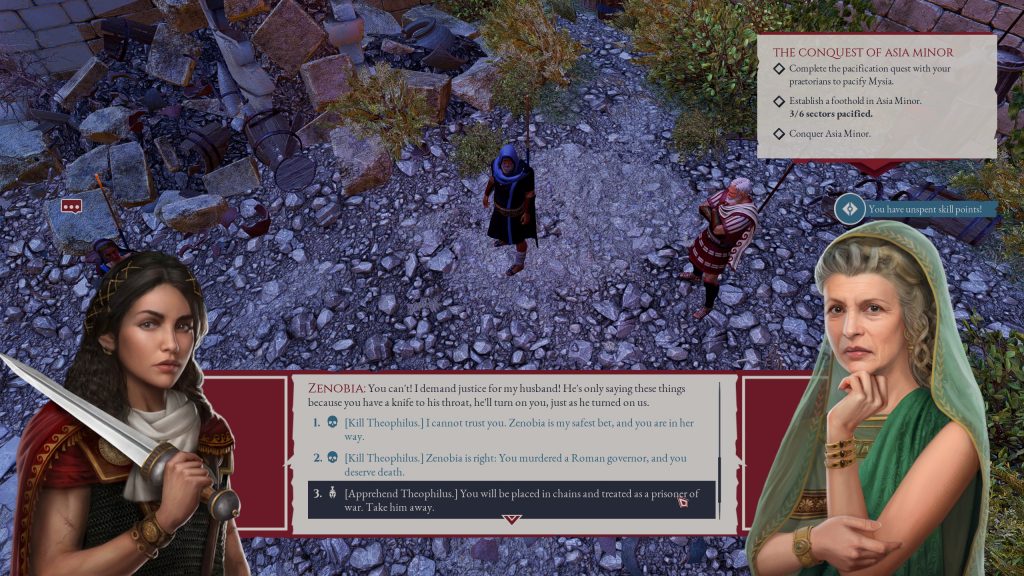 There’s a world map to navigate with locations to visit, traders to buy from, and story and side quests to complete. There’s crafting, experience points (XP) to gain and stats to consider when deploying your units on the field, and inventory management and skill-tree systems lets you equip your party with a variety of different armour, weapons and tools to specialise what they excel in, with the game cutting some fat out (e.g. no attributes) to avoid micromanagement. It’s not as in-depth as, say, Baldur’s Gate III, but the level of customization on offer is satisfying.

Speaking of your party: You can recruit blank-slate companions generated by the game (like previous Expedition titles) as well as five story-based companions who interject during quests, have their own storylines, and express their preferences on how you approach decisions, with the game letting you know who agrees or disagrees. You can talk to these characters in your down-time between quests, get to know them and their opinions, and even romance them. There’s also text-based random encounters, presented as descriptive passages, where you’re given a set of choices on how the party reacts. I found the RPG layer as a whole to be impressive, and it kept the flow of the game engaging in between its combat-heavy sections. 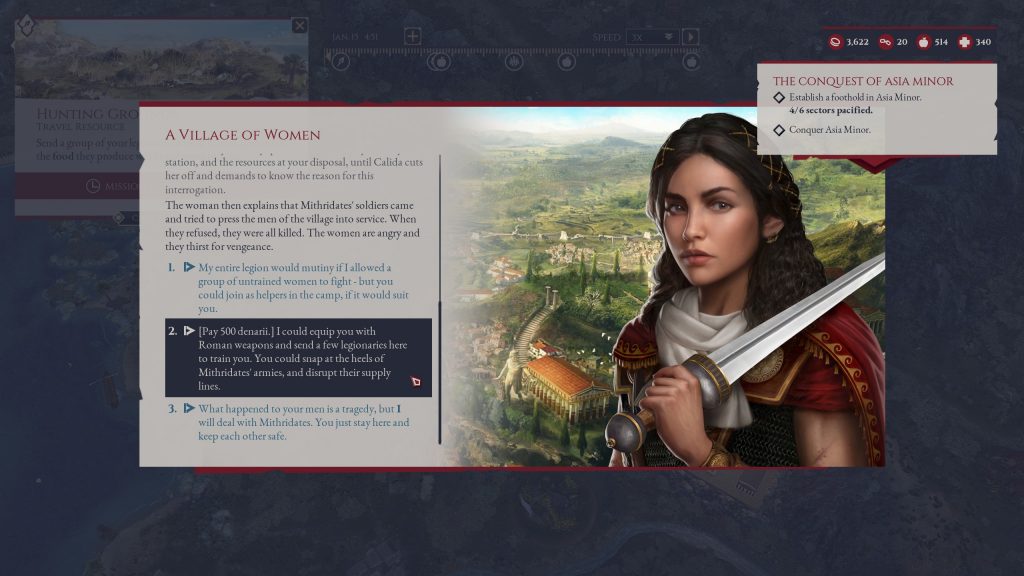 Expeditions: Rome splits its gameplay into two distinct layers. The main type is the turn-based combat encounters, where you and your companions fight on a grid-based map to complete an objective, such as burning enemy supplies or killing leaders, or to eliminate all enemies on the field. I found both story-based and side-quest combat encounters to be nicely varied in scope, and you can take unique options depending on your choices to change up the conditions; in one early-game instance, I chose to stealthily kill a group of guards before setting fire to their ships, but not before the ship watchmen sounded the alarm. Burning the ships first, I found, instead gave a head-start on completing the objective, but a larger group of reinforcements to deal with.

There’s four classes with three sub-classes for your units, corresponding to the classic archetypes of Warrior, Rogue, Archer and Support, respectively. Each determines your primary weapons, armour and skills available to use in battle, and there’s a decent amount of abilities in their skill-trees to leverage according to your preferences. I usually had my tanky Princeps holding the shield-wall and swift Veles stabbing foes in the back to make them bleed out before they could act. Consumable items and the environment can also be exploited to gain tactical advantages. Sometimes, fights can be rather dragged out when a lot of units are on the field, but Expeditions: Rome wisely offers the ability to speed up enemy turns, which keeps battle flowing. 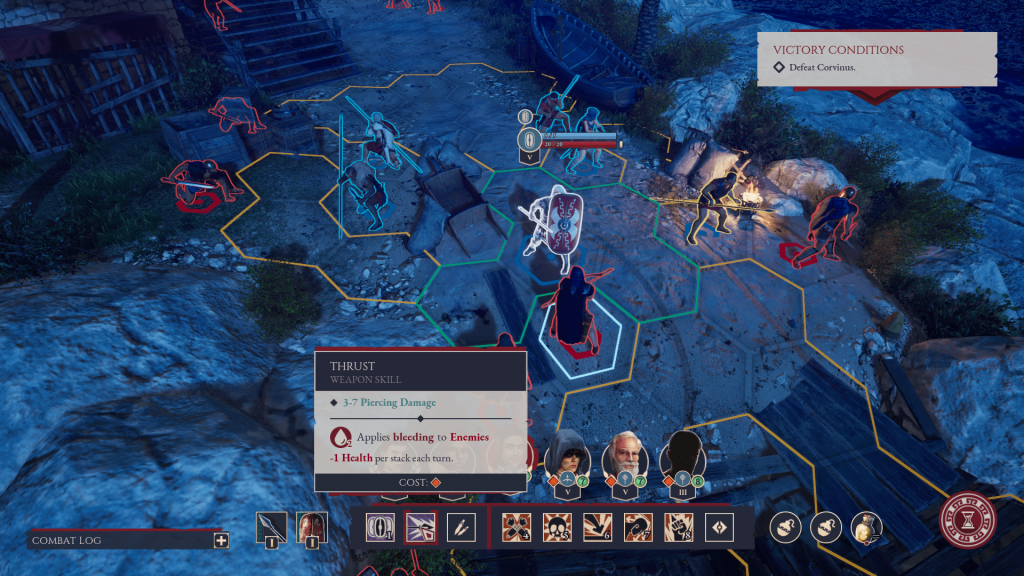 The second form of gameplay is the army management systems. Here, you command your legion from afar to conquer and pacify hostile territories, gather resources by capturing enemy assets, and upgrade your encampment with new structures like workshops and triage tents to further the war effort. You assign recruits as either a praetorian (who fights with you personally in the field) or centurion (who fights for you in the larger-scale battles), with the former able to enhance the benefits of your outposts at the cost of being unavailable, and the latter having their own unique stats and specialisations for simulated army battles.

These fights are epic in scale, and require you to pick from a number of strategies for your legion to follow on the field, each with their own benefits and potential consequences (morale, manpower, defense, aggression, etc). The battles play out as numbers games on the overworld, and while not as interactive on their own, when combined with the turn-based combat encounters, the variety on offer is fun. Forming a shield wall, then ordering legions to form a surprise cavalry charge didn’t get old. 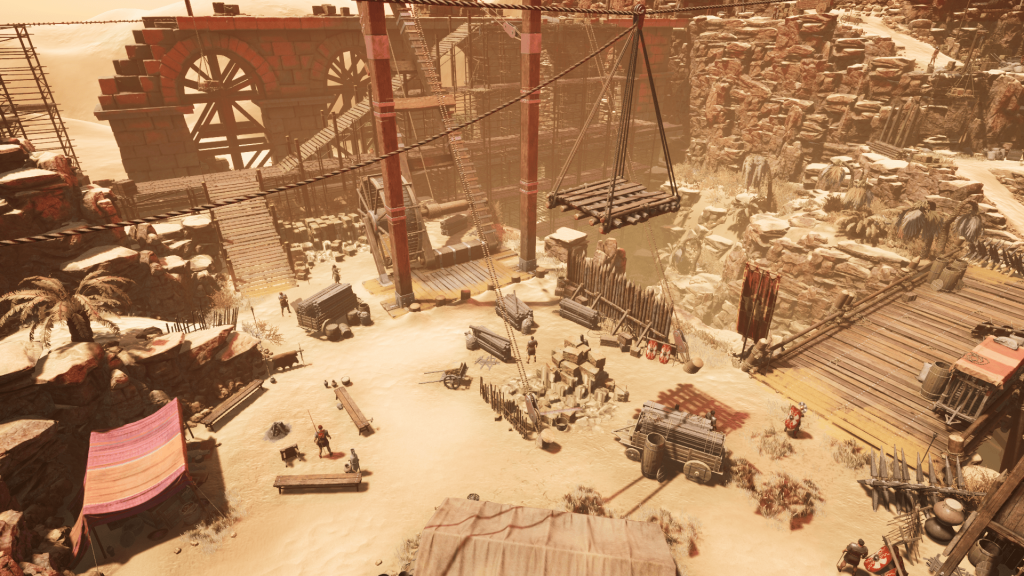 Expeditions: Rome’s attention to detail in its presentation of history, the quality of writing, and the art makes its vision of Roman history that much more immersive an experience. The adherence to Latin names and phrases. The gorgeously varied environments of Greece, Gaul, Rome and North Africa. The design of towns, clothes and armies. The gory violence. The interesting philosophical debates. The wonderfully stylised character portraits. All come together to evoke a satisfying role-playing power-fantasy of being your own legate about to make their mark on the world, in complete command of their own legion. It’s hard not to be entertained.

The high-quality writing, too, is enhanced tenfold by a lean and mean script and impressive voice-acting, with the entire game, from the main story to the side-quests to the background chatter being fully-voiced by actors who clearly got a lot of direction from the developer and loved their jobs; the grandfatherly timbre of Syneros the wise Greek advisor, the cocky charm of Caeso the hedonistic centurion, and the sultry tones of Cleopatra are my favourites so far. Developer Logic Artists deserve serious props for taking a giant leap forward from their last two games, and publisher THQ for getting Pitstop Productions to bring the script to life with such great acting.

In my experience, no game is ever perfect, but Expeditions: Rome is truly something special. It’s tailor-made for an audience that loves CRPGs, strategic simulators and immersing themselves in a well-realized portrayal of a greedy Roman Empire that’s just too darn intriguing for its own good.

If you can look past a few bugs, bare-bones appearance options in the character creator, and some overly long stretches of waiting for your units to heal or move across the map (which greatly pads out the play time), it’s easily one of the most engaging CRPG experiences you can play today.