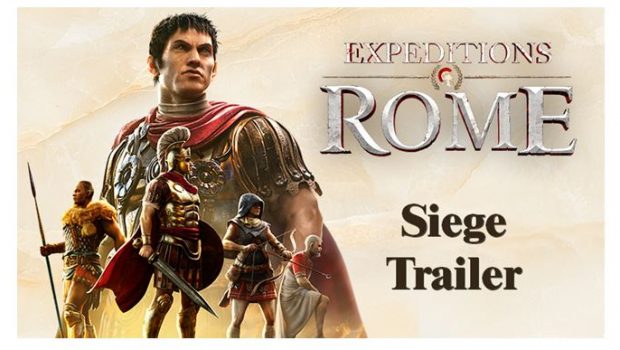 Chalkedon must fall! The city dared to stand up against the Roman Empire, this cannot go unpunished! Legio Victrix has laid siege to the city and is preparing for an assault. Legatus, you must choose the strategy. We have several goals to fulfill: The roman hostages must be freed, the enemy catapults must be taken out and we have to eliminate the enemy commander. Choose wisely, the missions on which you send your specialists, as you will have to divide your team in order to manage many manoeuvres at one time. Consider the consequences: the more catapults you manage to destroy, the easier the direct confrontation will be – but will you have enough Speculatores to free the hostages?

In Expeditions: Rome you’ll command large-scale battles at the end of each conquest in Greece, Egypt, and Gaul. Each of these final encounters is separated into different steps, with consequences that will follow you from one step to the next, and can even affect the outcome of the campaign. These missions feature covert operations, feints, frontal assaults – sneak into enemy fortifications, burn bridges, take out key opponents or objects and bring glory to Rome!

Want to try the game for yourself? Download the Expeditions: Rome demo now on Steam. You can even continue playing from your savegame when the game launches: https://thqn.net/rome-steam