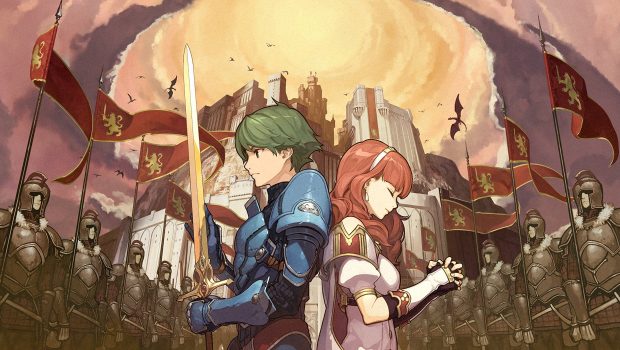 EXPAND YOUR ADVENTURE WITH NEW DOWNLOADABLE CONTENT FOR FIRE EMBLEM ECHOES: SHADOWS OF VALENTIA FOR NINTENDO 3DS FAMILY SYSTEMS FROM 20TH MAY

Five DLC Packs to be released, allowing players to earn more gold and experience, explore the hidden past of Valentia, and recruit new playable characters

4th May, 2017 – The long-running and growing strategy RPG series Fire Emblem will soon see a brand new adventure in the form of Fire Emblem Echoes: Shadows of Valentia, which launches on Nintendo 3DS family systems on 20th May. This reimagining of the Japan-exclusive Fire Emblem Gaiden will provide Australian and New Zealand players with the story of long-lost childhood friends Alm and Celica, and their separate quests to bring peace to the land of Valentia.

From 20th May, players will be able to expand the adventure further with five major downloadable content packs, allowing players to earn more gold and experience, explore the hidden past of Valentia, and recruit new playable characters. For fans of the game, these DLC packs will add new experiences to the already robust RPG.

All of these packs and their individual components can be purchased on their own, giving players the flexibility to buy as many or as few as they want. A Season Pass for Fire Emblem Echoes: Shadows of Valentia that includes all five DLC packs as they release will also be available for AU$67.50 / NZ$74.25.

By purchasing the Season Pass, fans who want to receive all the DLC content will save over 30% compared to purchasing all 22 pieces of content on their own.

As well as paid DLC, players will also be able to enjoy free downloadable content for a limited time, starting on 20th May. This free content is a special gift from Goddess Mila and can be obtained when playing the game.

Expand your adventure with new downloadable content for Fire Emblem Echoes: Shadows of Valentia from 20th May when the game releases across Australia and New Zealand for Nintendo 3DS family systems. A Limited Edition containing the packaged game with reversible titlesheet, an artbook, metal pixel pin badges of Alm, Celica, and Marth and the Sound Selection CD will launch exclusively via EB Games Australia and New Zealand for SRP AU$99.95. The Alm and Celica amiibo will also launch on 20th May.