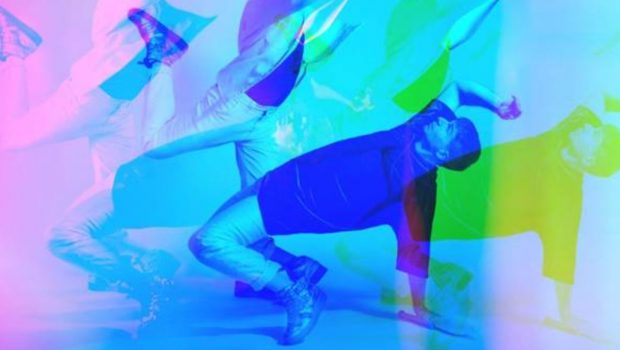 “Escalate rendered me speechless, the nuance and precision of the work is mesmerising, it’s nothing short of a triumph” – Steph Cox (Women’s Circus)

Think of juggling and what comes into your head? Is it a live scored show which deftly threads skilled and precise throws and catches, choreographed moves that entice the eye, and rhythm that pulsates through the performers and audience into a multi sensory performance? After seeing Escalate, it will be.

Escalate, from Throw Catch Collective, a company of some of Australia’s best artists, was conceived from a need to explore juggling to the nth degree. Taking every element possible; stretching and contracting these qualities to show juggling is a deep and rich art form that enthrals and excites. Using the natural rhythm present within juggling as a backdrop, Throw Catch Collective have created visual music that will please the eyes and the ears.

After two years of work, the monolithic work that is Escalate will be performed at Melbourne Arts Centre, as part of Melbourne Fringe 2022. A relentless whirlwind of skill and movement makes this not only an aesthetic pleasure to watch, but a whole body thrill.

In Escalate Australia’s best jugglers rip through an explosive hour of entertainment, pushing the boundaries of their art with a unique eye for musicality and timing. Effortlessly blending rhythm and movement with juggling, it’s stylish, playful and curious.

Throw Catch Collective are at the top of their game. They’ve graced stages from Las Vegas to Circus Oz, been invited to festivals the world over, and their first show was nominated for a 2019 Green Room Award. Watch as they shape juggling into an intricate and enthralling choreographic language that’s brimming with skill and bursting with energy.

Escalate is motivated by taking simple technical or creative concepts and iterating on them to build towards maximum intensity. The show takes brand-new juggling – created over two years of development – and presents it with captivating, engaging flair, inspired by graphic visuals and musical rhythm. It features Australia’s best jugglers and a live score. It’s a contemporary performance that taps into the primal sensations of rhythm, movement and visual stimulation to create something that is exhilarating for both audience and performers. Escalate defies the limits of juggling performance, and also tests the preconceptions of what juggling is.

Lauren Eisinger, producer, says “I love circus. I have a passion for the unexpected and love pushing boundaries to redefine the impossible. When I discovered that Throw Catch Collective were experimenting with ways that juggling and rhythm-making could combine I was enthralled, excited and wanted to be a part of pushing those limits. I know that juggling may not be everyone’s cup of tea, but this show is about rhythm, music-making and visual poetry and it is mesmerising. We’ve worked hard to show the depth and the detail, precision and skill that takes this thrilling art form to new heights. We’re delighted to be bringing it to Arts Centre Melbourne”

For arts aficionados and those who have never ventured to a live performance before, for circus fanatics and music lovers, Escalate is something like you have never experienced before – but will want to again. Put your preconceptions through the shredder. This is juggling elevated to an entirely new plane.