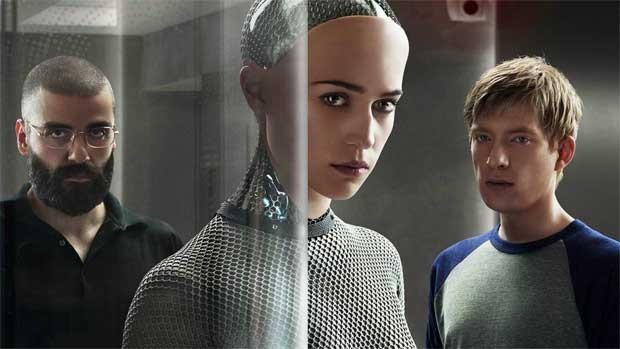 Summary: A clever exploration of what it means to be sentient and what the implications could be if we create artificial life... you also may never want to use your smartphone again.

Is she or isn't she?

Ex Machina (a shortening of the more common Latin “Deus Ex Machina” or “God from the machine”) is a very apt title here. There are plenty of armchair critics these days complaining about how Hollywood is just plastering the screens with Superhero movies and remakes and sequels… Ex Machina is the antithesis to that. Well to be fair the notions have most likely been covered before… but as with all good story telling, it’s not whether we’ve heard the story before, it’s how it’s told that makes the story worth listening to or watching. But I’m getting ahead of myself… 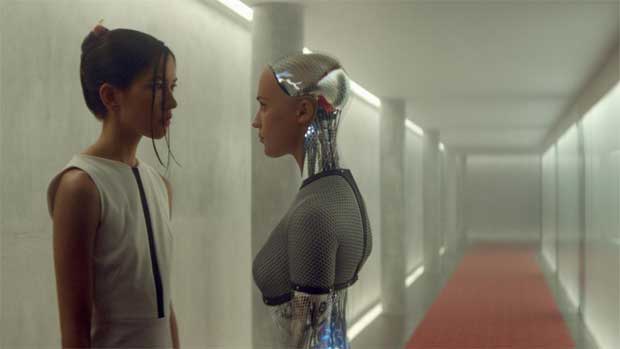 Ex Machina opens on Caleb (Domhnall Gleeson) at his desk receiving a notification of winning a prize… the next thing we know we are whisked away over some gorgeous landscapes by helicopter before landing in an open field… Caleb is told to follow the river and in doing so we come across the home of Nathan (Oscar Isaac) an (arguably) eccentric genius multi-billionaire. Nathan is apparently the owner of the company Caleb works for and the prize is to spend a week with him… but there is more to it than just that. Caleb is taken on a quick tour of the minimalist technologist bunker he will be spending the next week in and then told that his real purpose is to perform the Turing test on Nathan’s latest “invention”.

The Turing test (though I suspect most people reading this will know… I will explain for those who don’t) is a test in which an artificial intelligence is subjected to a number of tests to determine if it can pass for human. Over the coming days Caleb is to put Nathan’s AI through it’s paces, that AI however is not simply an array of CPU’s in a room… it is housed in the very humanoid form of AVA (Alicia Vikander) and so the questions begin. 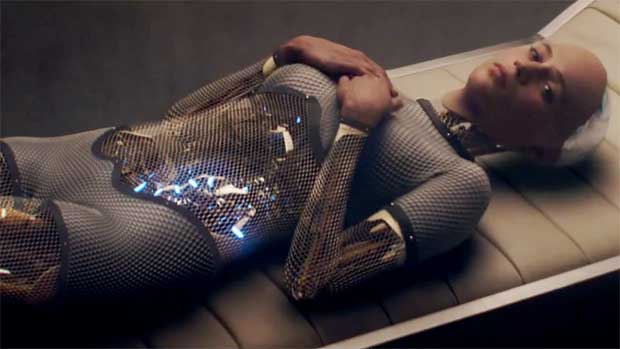 I was a little concerned after the first round of testing as typically the Turing test (named after the famous code breaker of the Enigma machine Alan Turing) is performed as a blind test, to prevent the tester knowing if the testee they are dealing with is a human or not simply through sight. Fortunately that concern was laid to rest by Caleb himself pointing out this alteration of the normal test and Nathan responding with a typically logical and reasonable explanation. So the tests continue in a form of manual Voight Kampff test… trying to determine if the responses are natural or preprogrammed.

I won’t go into any more of the story because watching it unfold is really quite fascinating, but I will say that in certain productions casting can either make or break the experience… Alex Garland didn’t just find three people to make this story work… he found three people to really draw you into the world. I also have to say that the absence of a date was a great idea, the themes explored are ones that are arguably not that far out of our reach at the moment, by placing the testing facility in the wilderness they allow us to decide when this is all occurring… is it now, is it near future, far future? I think extra credit should really go to Alicia Vikander for her performance as AVA… a performance that requires a lot of subtlety and nuance, it made perfect sense to hear in the extra features that she is a trained dancer… her great understanding of her physical being was an absolute boon in this role. 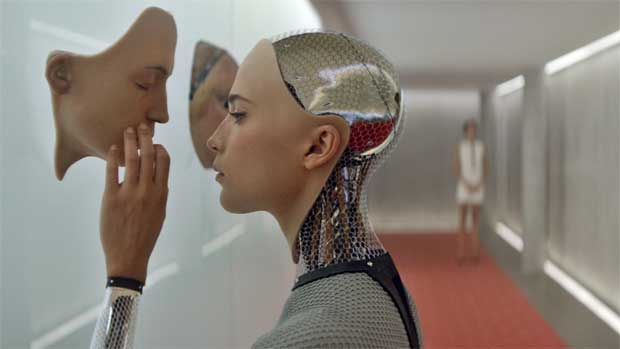 As a philosophy graduate the whole film is full of concepts and ethical questions to mull over… I found myself contemplating a number of them the next morning on the drive in to work. I’m a big fan of big action blockbuster movies so I certainly don’t have any issue with the box office fare we get… but I certainly enjoy a thinking film and when that film is so beautifully realised it really is a treat.