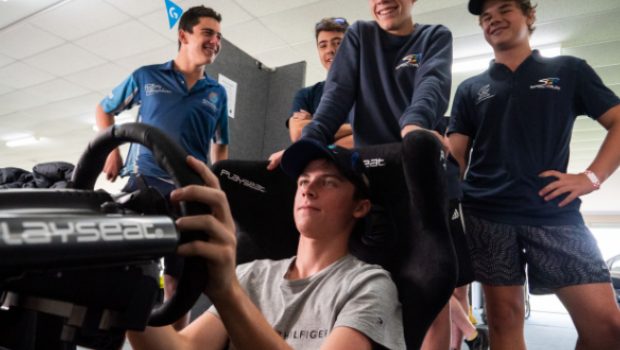 Evolution Racing Team (ERT), a Sim Racing Team sponsored by Logitech G, has made its official debut at the Victorian State Race Series at Winton Motor Raceway on Sunday 28 March 2021 with a podium placing result.

ERT racers Ethan Grigg-Gault and Aaron Lee took to the track to prove that Sim Racers have what it takes to beat their fellow racers online and on the circuit.

Ethan Grigg-Gault came eighth in the Hyundai Excel race, while Aaron Lee came second in the Formula Vee category, despite being knocked to the 11th starting position on the grid after an oil spill.

Both Grigg-Gault and Lee have praised their Sim Racing training as an opportunity to gain an advantage on the track.

“Logitech G has always worked hand-in-hand with sim drivers and professional race drivers in creating products that deliver a full-featured, realistic driving experience like no other,” said Daniel Hall, Senior Category Portfolio Manager from Logitech ANZ. “The success of ERT racers on real life race track is a solid testament to our commitment in sim racing, and I can’t wait to see what the future holds for other sim racers.”

Alongside the debut, professional race driver, Tony D’Alberto was on site to introduce visitors to the Logitech G G923 TRUEFORCE Driving Wheel. Visitors were invited to compete in a “fastest lap” challenge for a chance to win Logitech G prizes.