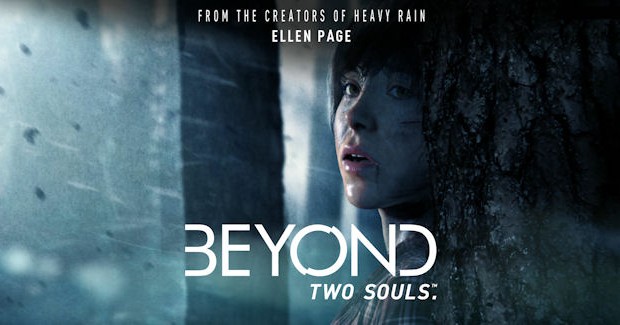 The evocative interactive drama, Beyond: Two Souls™, in stores now

SYDNEY, October 9, 2013 – Sony Computer Entertainment Australia (SCE Aust.) is today celebrating the arrival of the highly anticipated,  BEYOND: Two Souls™. Only available on PlayStation®3 (PS3™), BEYOND: Two Souls pushes boundaries and blurs the lines between movie-making and gaming.

BEYOND: Two Souls features Oscar nominee Ellen Page (Juno, Inception) in the lead role of Jodie Holmes, a young woman who possesses supernatural powers through her link to an invisible entity. Ellen is supported by Willem Dafoe (Platoon, Spider-Man) who plays Nathan Dawkins, an enigmatic scientist working for a government division studying paranormal activities. Dawkins’ professional curiosity in Jodie, driven by personal tragedy, is a central theme in BEYOND: Two Souls, and provides a rich and evocative narrative that only Dafoe’s subtleties of performance could fully realise.

The methods used by developers Quantic Dream track facial, voice and body animations simultaneously to create a true performance from the actors, and result in the most realistic and emotionally charged and gameplay experience to date.

In BEYOND: Two Souls, gamers will play through fifteen years of Jodie’s life, experiencing the most striking moments of her life, in what promises to be one of the most thrilling and spectacular journeys on PS3. As she traverses the globe, Jodie will face incredible challenges set against a backdrop of emotionally-charged events the likes of which have never before been seen in a video game.  Like its predecessor Heavy Rain, BEYOND: Two Souls allows players to shape the course of the story through their decisions and actions taken in the game.

With a recommended retail price of AUD$99.95, Beyond: Two Souls is available now in stores across Australia.