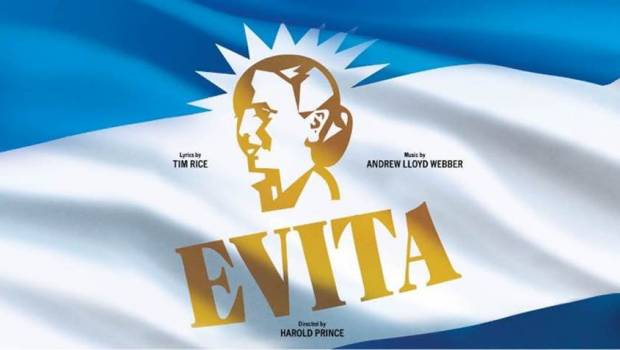 EVITA STARRING TINA ARENA WILL BE MELBOURNE’S NEXT SUMMER MUSICAL

Opera Australia Artistic Director Lyndon Terracini, Australian theatre producer John Frost and leading UK theatre producer David Ian today announced that their upcoming production of Tim Rice and Andrew Lloyd Webber’s EVITA will be Melbourne’s Summer Musical in 2018-9. One of the most celebrated musicals of all time, the original West End and Broadway production of Tim Rice and Andrew Lloyd Webber’s EVITA, directed by Hal Prince, will play at the State Theatre, Arts Centre Melbourne from 5 December following the Sydney Opera House premiere season. Tickets for the Melbourne season will go on sale on 20 June. Optus customers can beat the rush for tickets with the Optus Perks pre-sale, along with registered members of the waitlist at evitathemusical.com.au

Australian icon, singer, songwriter and musical theatre star Tina Arena will play the role of Eva Perón. Throughout a stellar 40-year music career, musical theatre has been a constant presence for Tina, having starred in productions in Australia and internationally. Her theatrical work includes Cabaret, Nine, Dynamite and Joseph and the Amazing Technicolour Dreamcoat. Now ten years after Tina wowed critics on the West End as Roxie Hart in Chicago, she is back with her most challenging theatrical project to date, Evita.

“To perform EVITA in my home town of Melbourne is an opportunity I could not turn down,” said Tina Arena. “I feel like I am ready for this role now, even though I’m a little terrified. I don’t think I would have been ready for it before because you need to have lived somewhat emotionally to play Eva Perón. I’m so thankful to Andrew Lloyd Webber for thinking I’m right for it, and to Opera Australia and John Frost for asking me. I can’t wait to bring EVITA to Melbourne.”

Starring opposite Tina as Juan Perón will be opera superstar Paulo Szot, whose last Australian performance was the title role in Opera Australia’s Eugene Onegin. Szot played Emile De Beque in the award-winning revival of South Pacific on Broadway, winning the Tony, Drama Desk, Outer Critic’s Circle and Theater World Awards. Playing the young revolutionary Che will be Kurt Kansley, who trained at Monash University and The Melba Conservatorium. Locally Kurt has performed in The Lion King, Rent, Godspell and Show Boat, directed by Hal Prince, while his numerous credits in the West End include Bernstein’s Mass Concert, Guys and Dolls, Miss Saigon, The Lion King, Ragtime, Sweet Bird of Youth and A Midsummer Night’s Dream.

Acclaimed musical theatre performer Michael Falzon (We Will Rock You, Chess) will play tango singer Magaldi, while the role of Perón’s Mistress will be played by newcomer Alexis van Maanen, making her professional debut. Alexis is a 2017 graduate of Caulfield Grammar School. Currently playing The Wicked Witch of the West in GFO’s The Wizard of Ozfollowing her seven years as Elphaba in Wicked, Jemma Rix will be the Eva Perón Alternate.

“We are thrilled to bring this renowned production of EVITA to Arts Centre Melbourne. With the sensational Tina Arena leading this wonderfully talented cast in her hometown, this is sure to be the hottest ticket in Melbourne this summer,” said the producers. “The original West End and Broadway version of this lauded musical was a landmark theatrical event, and we can’t wait to present it with this incredible group of performers. Andrew Lloyd Webber, Tim Rice and Hal Prince are legends of musical theatre; it gets no better than this.”

Head to optusperks.com.au to grab tickets before they go on sale to the general public. Pre-sale details will be announced soon.