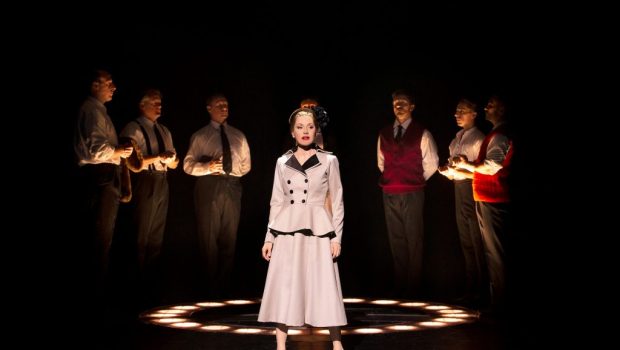 Tim Rice and Andrew Lloyd Webber’s EVITA is one of the most celebrated musicals of all time. The original West End and Broadway production, directed by Hal Prince, is currently playing at the State Theatre, Arts Centre Melbourne and has now become the highest selling show ever staged at the venue. The remarkable Tina Arena stars in the musical where her portrayal of Eva Perón has been recognised as the role of her lifetime.

After a spectacular sold out season at the Sydney Opera House and an extended season in Melbourne, this Australian production of EVITA has exhilarated critics and audiences alike and is truly not to be missed!

EVITA must close on March 3 with no further extension possible. Tickets at evitathemusical.com.au

“I am so proud this production has resonated with audiences, especially in my home town of Melbourne breaking records at our amazing Arts Centre. Playing Eva Perón has been an exquisite experience for me and sharing it with this beautiful cast and our incredible audiences has truly been one of the most gratifying moments of my career.” said Tina Arena.

“It is fantastic to have such an accomplished cast, including cherished global star Tina Arena perform EVITA at Arts Centre Melbourne. Tina is particularly close to our hearts as one of the Patrons of the Australian Music Vault at Arts Centre Melbourne. We are thrilled to be able to host this summer musical that audiences clearly adore. If you haven’t booked your ticket yet, now is the time! We’re urging everyone to come and see EVITA and get ready to have a remarkable experience.” said Claire Spencer, CEO, Arts Centre Melbourne

★★★★½ ‘Super-slick, visually and vocally imposing, and proves a perfect vehicle for its star. This production has star quality in spades.’ – The Age

★★★★ ‘Tina Arena’s voice is astonishing… It’s Glorious. The kind of singing that makes you hold your breath. The stuff that musical theatre dreams are made of.’ – Time Out