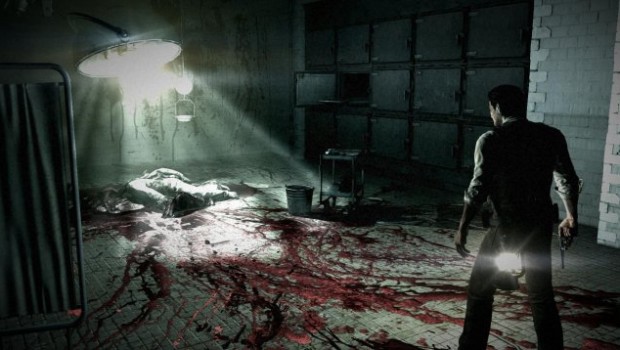 The Evil Within Voice Cast Revealed!

The Evil Within, out October 16th in Australia and New Zealand, embodies the meaning of pure survival horror.Highly-crafted environments, horrifying anxiety, and an intricate story are combined to create an immersive world that will bring players to the height of tension. With limited resources at their disposal, players will fight for survival and experience profound fear in this perfect blend of horror and action.

Academy Award nominee Jackie Earle Haley, who is no stranger to horror, having recently played Freddy Krueger in the remake of A Nightmare on Elm Street, lends his voice to The Evil Within’s main antagonist, Ruvik.  Making his video game debut, Anson Mount, best known for his role as Cullen Bohannon in AMC’s Hell on Wheels, assumes the role of lead protagonist Sebastian Castellanos. Players assume the role of Sebastian, a veteran police detective, throughout the game in their terrifying struggle for survival.

Rounding off the cast is Jennifer Carpenter, well-known for her role as Debra Morgan in the hit Showtime series Dexter, who plays Juli Kidman, Sebastian’s Junior Detective partner. As part of recently announced Season Pass plans, players will be able to assume the role of Juli Kidman in post-launch content to experience The Evil Within from an entirely new perspective.

“One of the most crucial elements to any successful survival horror game is the setting and sound, which includes the depth and authenticity of the voice acting,” said Mikami. “We brought together a great cast of experienced actors to help ensure that players really believe our characters’ emotions and the tension they feel in every scene.”

In The Evil Within,Detective Sebastian Castellanos and his partners are called in to investigate a gruesome mass murder. After seeing the slaughter of fellow officers, Sebastian is ambushed and knocked unconscious. When he awakens, he finds himself in a deranged world where hideous creatures wander among the dead. Facing unimaginable terror, and fighting for survival, Sebastian embarks on a frightening journey to unravel what’s behind this evil force.

Slated for release on October 16th in Australia and New Zealand, The Evil Within is in development for the Xbox One®, the all-in-one games and entertainment system from Microsoft, Xbox 360, PlayStation® 4 computer entertainment system, PlayStation 3, and PC. For more details on The Evil Within please visit the official site at http://theevilwithin.com/.