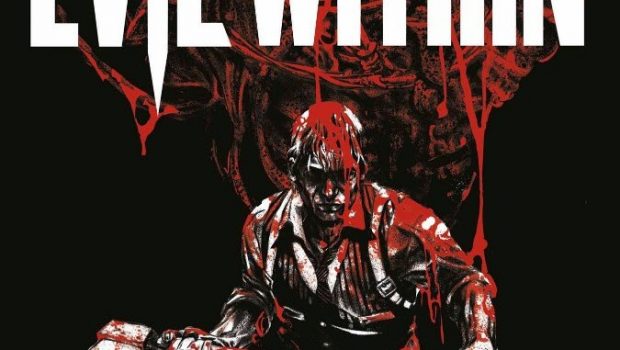 The Evil Within: The Interlude #1&2 Review

The Evil Within: The Interlude #1&2 Review Sean Warhurst

Summary: Well worth a look for both those who follow The Evil Within series as well as fans of tightly wound and disconcerting horror comics in general.

What Evil Lurks in the Heart of Man?

Designed to bridge the narrative gap between 2014’s The Evil Within and its upcoming sequel, The Evil Within: The Interlude boasts some terrific artwork and a story that, while unsteady on its feet at times, eventually manages to grip the reader and ramps up anticipation levels for the impending follow-up to Shinji Mikami’s flawed return to the survival horror genre.

The story picks up almost immediately after the events of the first game and offers relatively little in the way of bringing readers up to speed, assuming that you’re relatively familiar with the source material. There is a perfectly rendered twin panel of exposition framed by the protagonist detailing his experiences to a psychiatrist but The Interlude never lets itself get too bogged down by what’s preceded it. 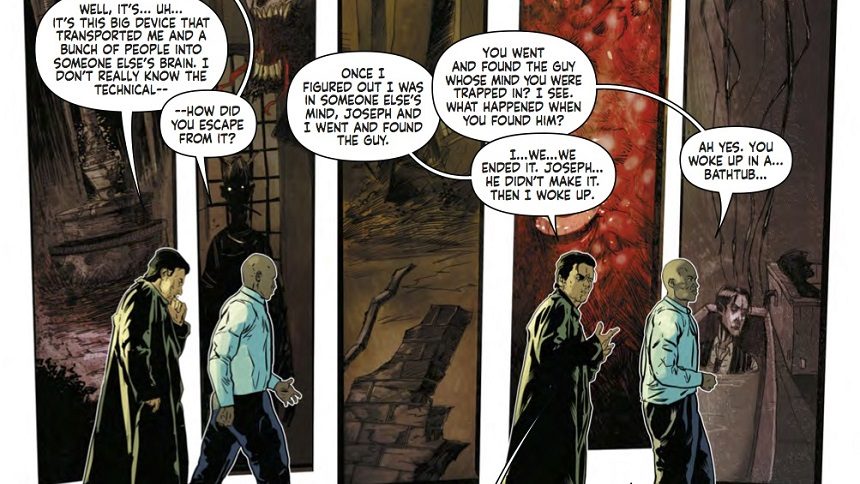 Detective Sebastian Castellanos is trying to rebuild his life after surviving the incident at Beacon Mental Hospital but finds people unwilling to believe his tale of STEM and the Mobius Corporation and slowly but surely his life is unravelling around him; with their daughter still missing, presumed dead, his relationship with wife Myra has hit the rocks and his partner has serious doubts about his state of mental wellbeing.

When a serial killer dubbed the “Fairy Tale Killer” (His first two victims are named “Jack” and “Jill”) leaves strange symbols behind reminiscent of those found at Beacon, Sebastian is forced to confront the grim reality that maybe things aren’t quite over between Mobius and himself.

Writer Ryan O’Sullivan manages to capture the general aesthetic and austere tone of the game within the panels here, with his script bolstered by the contrasting visual styles of artists Damien Worm and Syzmon Kudranski. 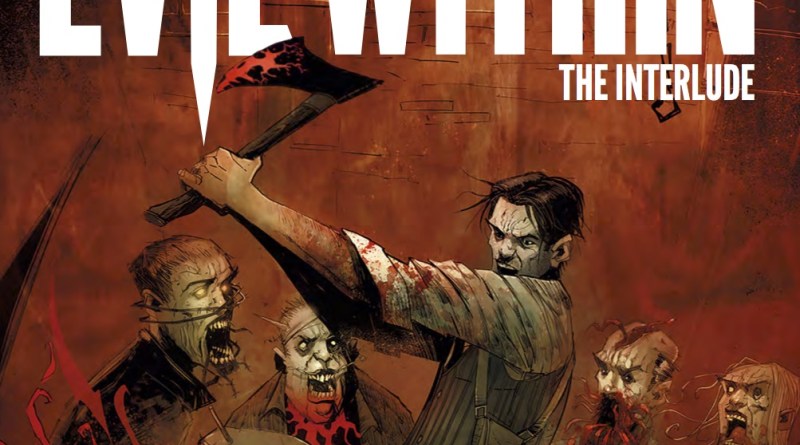 Much like the game, Sebastian often finds himself plunged into surreal scenarios completely removed from the mundane reality of his daily life and the creative choice here to depict these moments where the fabric of existence is torn asunder and Sebastian is offered a glimpse at what lurks behind pays off in spades. Worm’s elaborate and somehow softer pieces serve as a fitting juxtaposition to the more nourish scenes where Sebastian pokes around the unfortunate playthings of his current prey.

Overall, The Evil Within does exactly what it sets out to do – Tell a nice and relatively self-contained creepy little tale whilst also drumming up excitement for the latest video game entry in the series.

The art probably works just that little bit more than the story, which can feel a little laboured at times, but as an entire package both of the issues I read through for this review kept me engaged and eager to see exactly how this literal interlude will feed into the next instalment in the franchise.

Well worth a look for both those who follow The Evil Within series as well as fans of tightly wound and disconcerting horror comics in general. 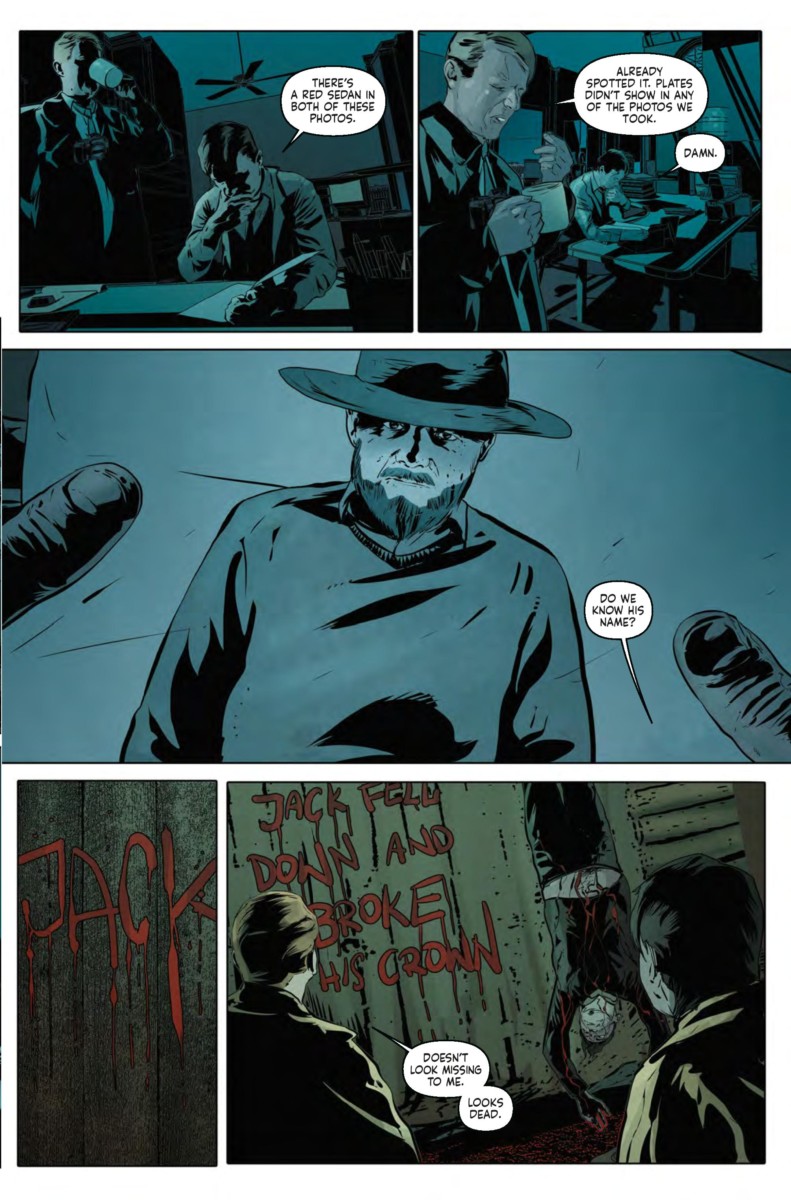