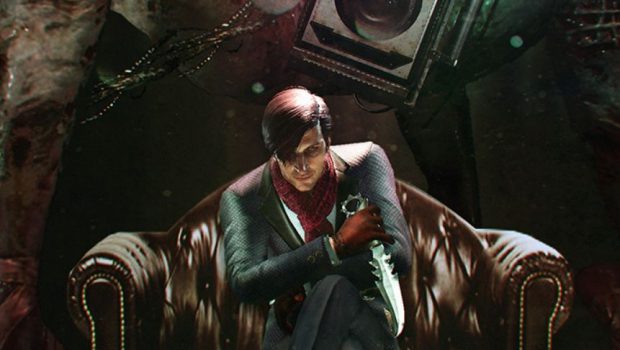 The Evil Within 2: Danger Around Every Corner

In the world of The Evil Within 2, everyone and everything is out to get Sebastian Castellanos.

From terrifying creatures that roam the streets, to the warped individuals who have made their way into STEM, and even to an elusive organisation, Mobius, pulling all the strings from the shadows – there are dangers around every corner.

A new Bethesda.net feature looks at some of the monsters (both human and otherwise) that will hunt you in The Evil Within 2.

The Evil Within 2 will have no shortage of horrifying enemies waiting to tear Sebastian apart, but you won’t just face the hordes of enemies shambling through the streets of Union and lurking in the shadows and alleyways. The Evil Within 2 also includes powerful “signature” enemies, all of whom possess unique abilities and will require vastly different strategies to take on. These signature enemies were born from the perverse imaginations of the human monsters within STEM, two of whom you’ve already seen: Stefano and Theodore.

“Stefano is an artist, through and through,” Johanas tells us. “There’s a great mystery around this character and why he’s in STEM, but you’ll have to explore the world to uncover his story. He has his own stable of creatures that are intrinsically tied to him, and Obscura is one of them. It loves to take gruesome photos of its victims, just like Stefano.”

Where we’ve started shedding some light on Stefano (watch the “Survive” gameplay trailer for more), Theodore is an absolute mystery right now. “You’ll have to wait a bit longer to learn more about him,” says Johanas. “But he has his own twisted domain that he has filled with a completely different set of monsters.”

“Quite honestly, my favourite enemies in the game are Stefano and Theodore,” writer Trent Haaga reveals. “They’re not monsters in the traditional sense of the word, but they’re the ones driving and creating the creatures like Obscura. They’re truly the monsters and they have these really great, creepy personalities. Between Theodore, Stefano, and the Mobius agents who have ended up in STEM, there are a lot more characters that Sebastian gets to interact with.”

And then there’s Mobius. They’re the reason Sebastian is in this mess in the first place. They’re the ones who sent him into STEM the first time. They are the ones who kidnapped his daughter and used her as the Core in their new STEM world. And now they are the ones sending him back into the nightmare that nearly killed him last time. Mobius has taken everything from him, and now they need him to clean up their mess.

“STEM in the hands of Mobius is like if Freddie Krueger got his hands on the Matrix,” says Haaga. “It’s a true nightmare in there, and Sebastian has no idea what he’s getting himself into. All he knows is he has to save his daughter and working with Mobius is the only way he can do that.”

Mobius is begrudgingly relying on Sebastian, but that doesn’t mean he has any power in the situation. They still have Lily, and neither they nor he knows what’s waiting in Union. Mobius has lost all contact with the agents they sent in, leaving Sebastian completely in the dark.

“Sebastian is Mobius’ last resort,” explains Johanas. “There have been people who have been sent into STEM before him and you may or may not meet these people inside. Whether or not those people will help you… you’ll just have to find out for yourself.”

Between the monsters in plain view and the shadowy organisation pulling the strings, it’s enough to make even your most paranoid moment feel like a walk in the park compared with Sebastian’s tortured plight.

The Evil Within 2 releases on Friday the 13th of October, 2017 on PC/Xbox One/PlayStation 4.