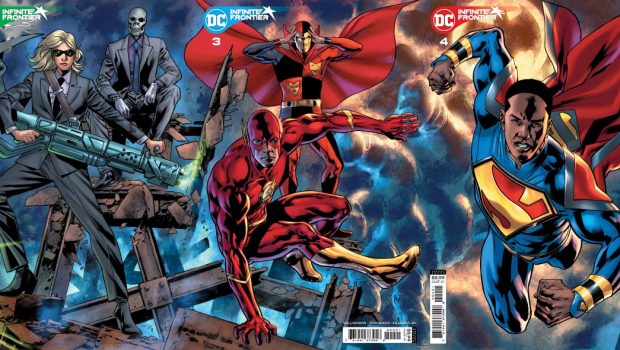 Everything you need to know about ‘INFINITE FRONTIER’ — DC’s summer comic book event!

Start here for everything you need to know about Joshua Williamson and Xermanico’s summer blockbuster Infinite Frontier before the new DC miniseries launches on June 22!

Picking up directly from Infinite Frontier #0, when our heroes saved the Multiverse from Perpetua in Dark Nights: Death Metal, everything was put back where it belonged…and we do mean everything. All the damage from all the Crises was undone, and heroes long thought gone returned from whatever exile they had been in.

Most of them, at least. Alan Scott, the Green Lantern from the Justice Society of America, has noticed some of his allies are still missing in action, and he’s determined to find them. There are others, though, who would rather remain hidden than explain themselves, like Roy Harper, a.k.a. Arsenal, a man who should be dead but now is not.

What does all this mean for the DCU’s place in the Multiverse? On opposite sides of a dimensional divide, both Barry Allen and President Superman ponder this question. Not to mention the Darkseid of it all! Or a team of Multiversal heroes called Justice Incarnate!

Infinite Frontier #1, written by Joshua Williamson with art by Xermanico, a cover by Mitch Gerads and a card stock variant cover by Bryan Hitch, publishes on June 22. Add this Multiverse-defining new series to your pull list!

Just a week later, get an inside look into the cast of Infinite Frontier! Do you have the lowdown on all the characters starring in DC’s summer blockbuster? If not, Infinite Frontier: Secret Files will tell you everything you’re dying to know. Take a look inside Director Bones personal database for stories featuring Jade and Obsidian, the children of the original Green Lantern; Psycho–Pirate, the scourge of many a Crisis on many an Earth; President Superman, the Mutliverse’s ultimate beacon of hope; Roy Harper, back from the dead; and just who are the Totality…?! Featuring six stories set in DC’s Infinite Frontier!

And then in July, the mysteries deepen! How is Roy Harper alive? Who abducted Jade? In Infinite Frontier #2, what secrets and changes lurk inside the newly expanded Multiverse? The devious Director Bones of the D.E.O. re-forms a ragtag team to keep the new worlds at bay, but was highly skilled agent Cameron Chase recruited because the director needs her help, or because he wants a patsy when things go south? Meanwhile, Alan Scott, the original Green Lantern, takes drastic measures to find his missing daughter. Someone has kidnapped Jade, and Alan’s going to find out why and bring her home. Plus, the resurrection of Roy Harper gives the former Teen Titan some unexpected and unpredictable new powers.

Two weeks later Infinite Frontier #3 arrives, and all you need to know is that Barry Allen’s history with the Psycho-Pirate isn’t pleasant. The Flash encountered this mind-bending villain all the way back in the original Crisis on Infinite Earths, and it did not end well for the Scarlet Speedster. For the first time since his death and rebirth, Barry runs afoul of this foe—hopefully it will go better this time around! That is, if the even bigger villain behind the Pirate stays out of the fray, or if President Superman of Justice Incarnate sticks around to help win the day.

Coming up in August, the Multiverse’s Finest clash! In Infinite Frontier #4, President Superman finds himself in the wrong world, and it isn’t looking good. Bones and Chase attempt to stop super-powered heroes and villains from crossing Multiversal lines. If they can shut down the President of Steel, they think that it will serve as a signal to all to not mess with Earth-0! This is only a distraction, however, as Injustice Incarnate begins to show them the worst the Multiverse has to offer, and only Flashpoint Batman is there to lend the heroes backup.

And then, building towards a finale that could mean chaos, or crisis, or both for the DC Multiverse: what is the Omega Planet? In Infinite Frontier #5, Roy Harper finds himself forced to do things on his own. He’s been through a lot since he was Green Arrow’s sidekick, and usually, the only person he can count on is himself. Hence, he’s hiding the fact that he’s back from the dead from his old friends. He comes across Jade, who has also been stranded by herself—can he help her while letting her help him? Because neither of them can handle Darkseid all by their lonesome. Meanwhile, Barry Allen sends out a call: it’s time for all the heroes exploring the Infinite Frontier to come to the Omega Planet! 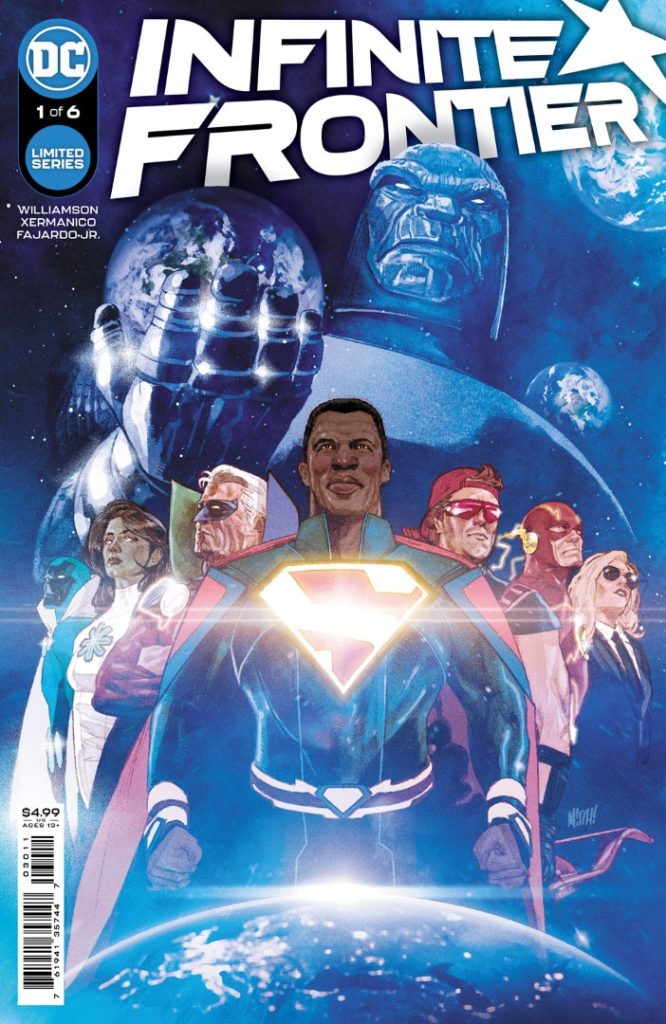 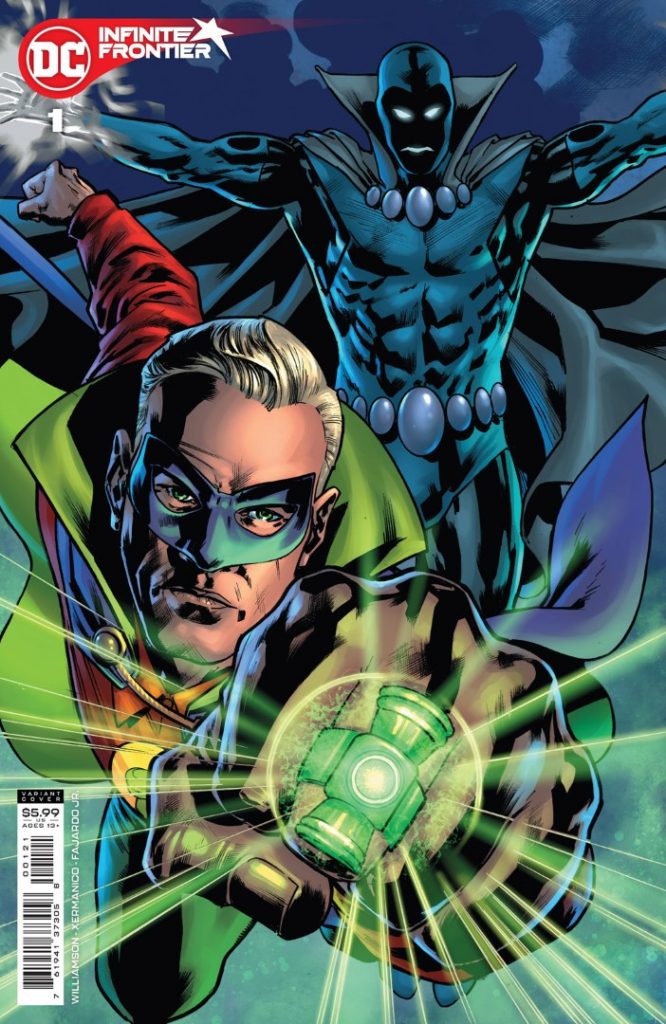 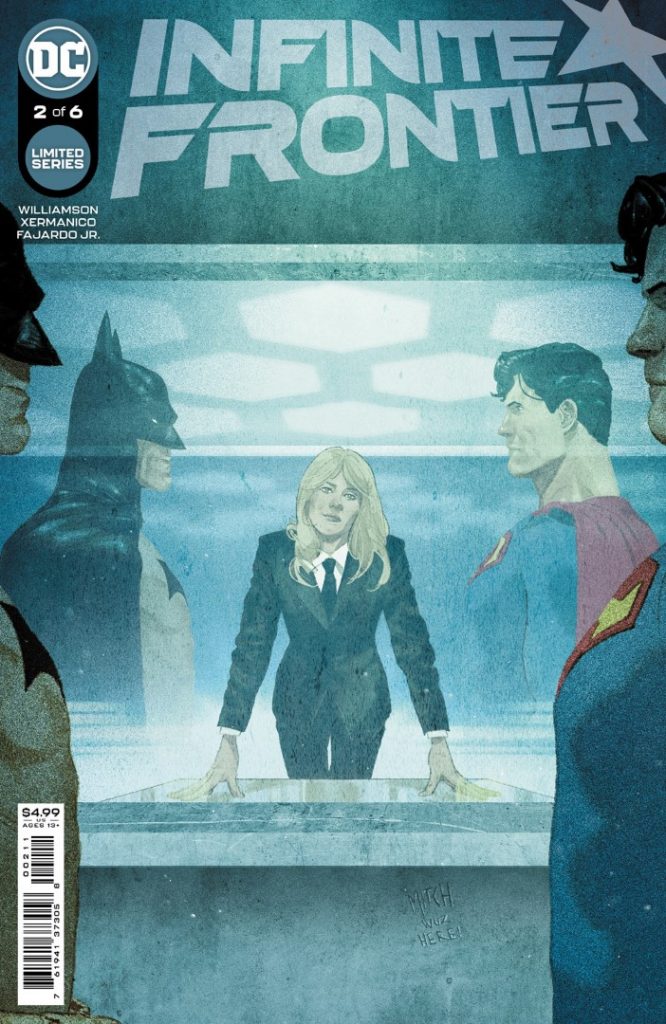 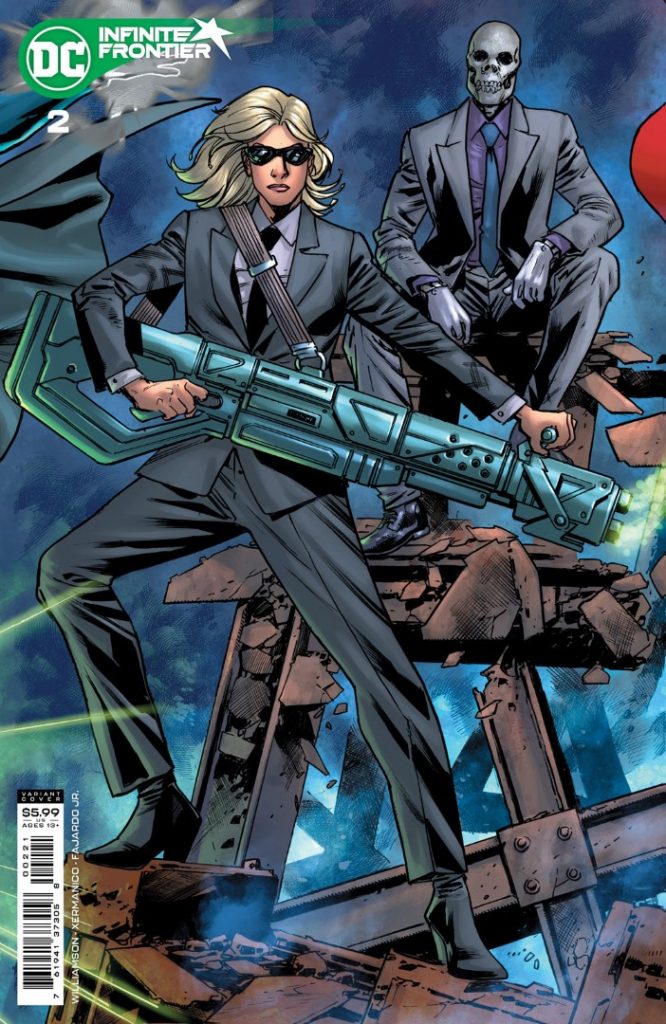 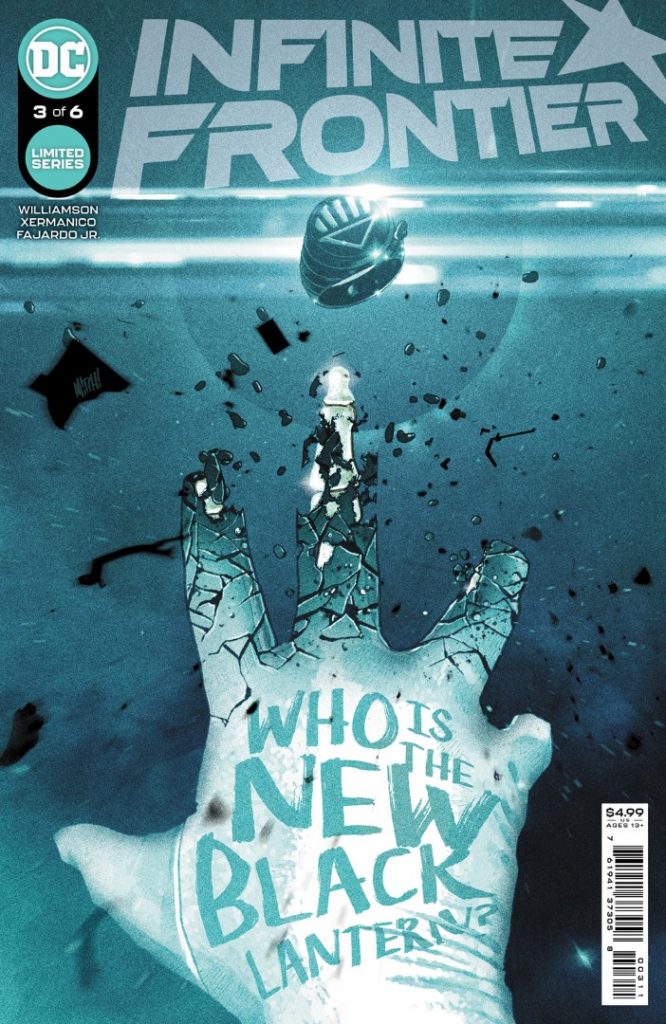 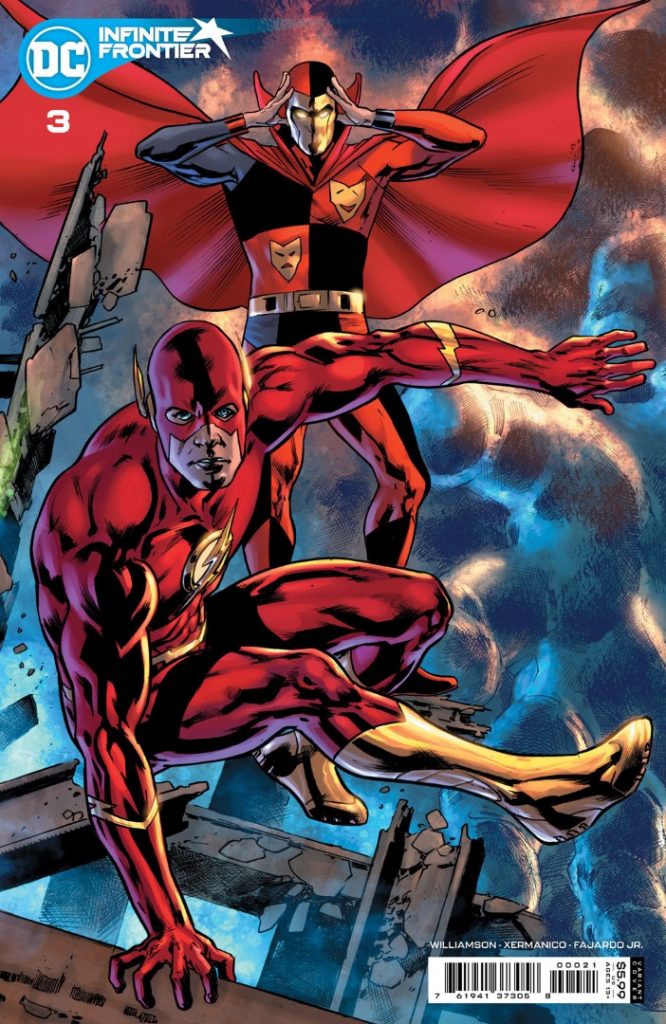 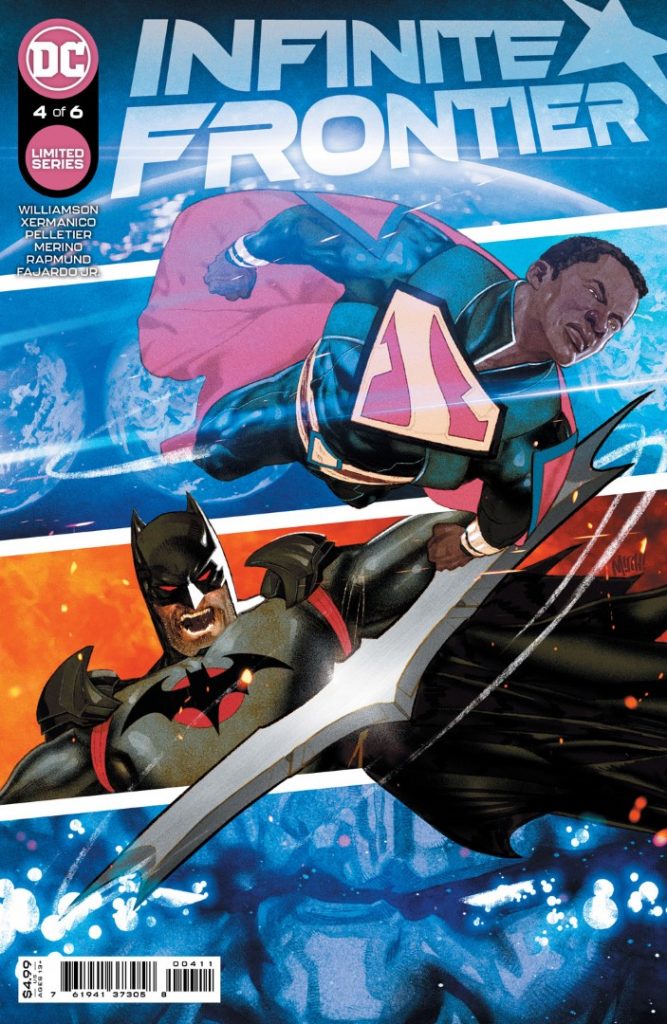 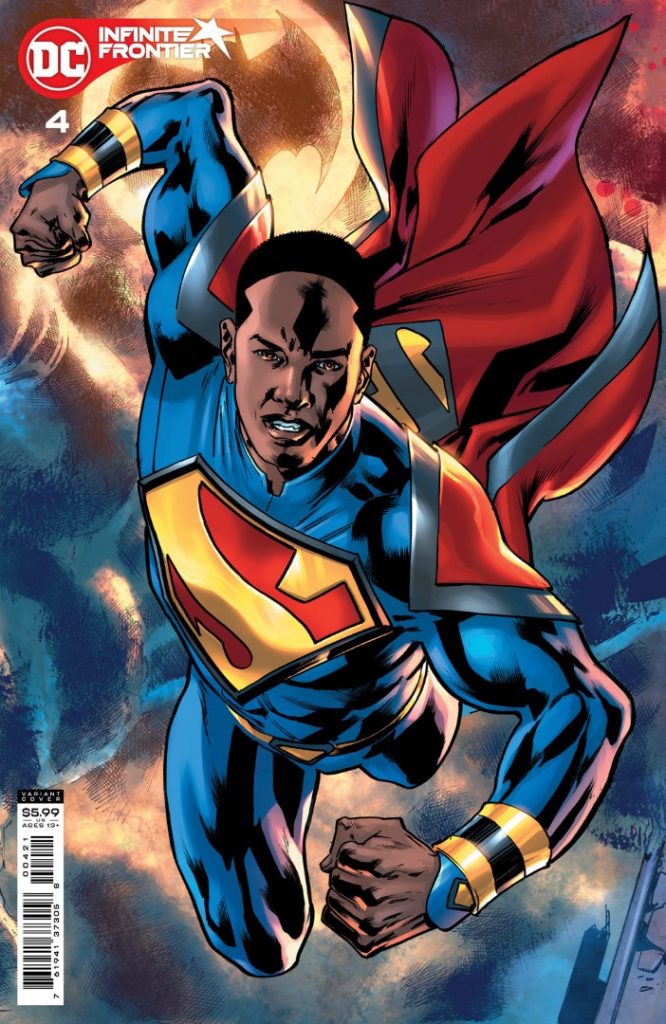 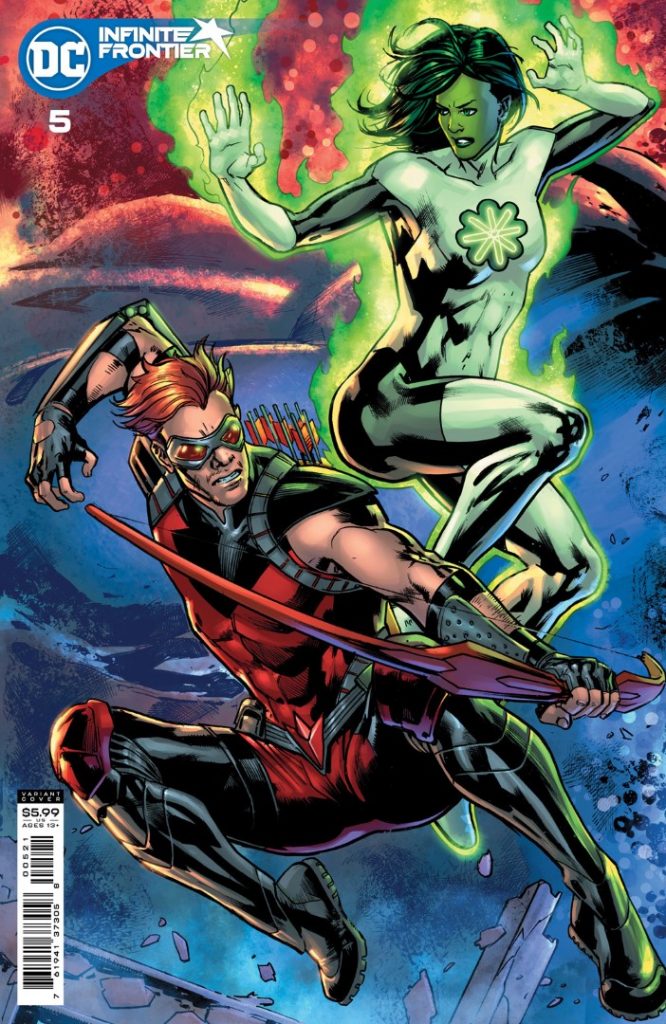 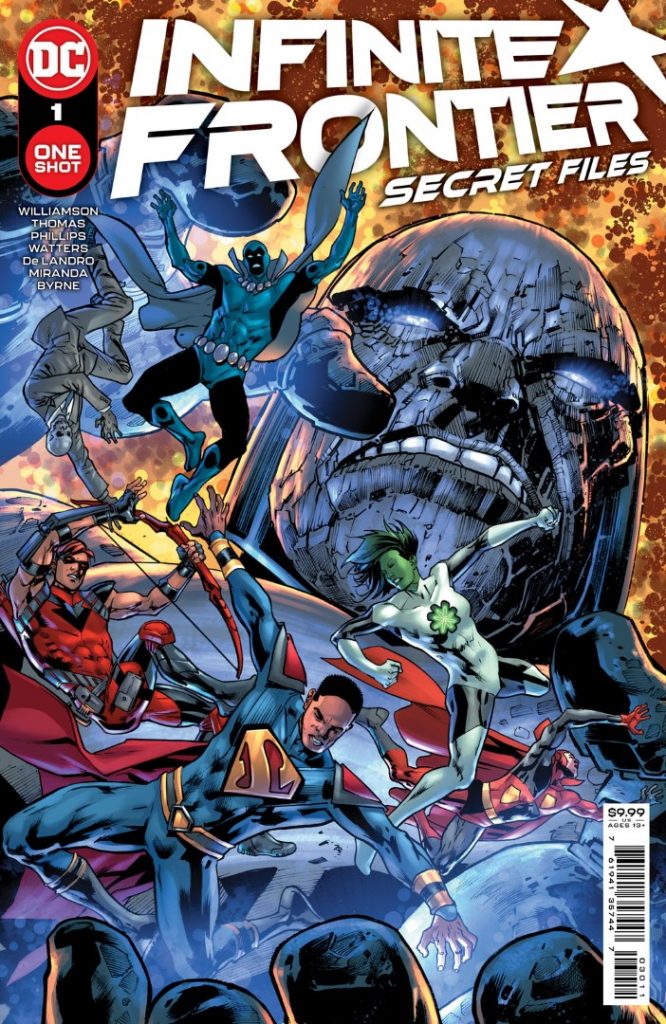