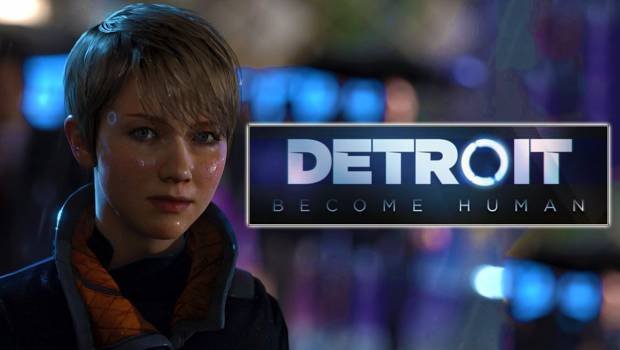 SYDNEY, May 25, 2018 – In celebration of the highly anticipated launch of Detroit: Become Human™, only on PS4™, PlayStation Australia has conducted a social experiment that shows everyday Aussies are distinctly wary when it comes to potential introduction of android helpers in daily life.

The relationship between humans and artificial intelligence is already becoming increasingly complex, and it’s only going to get more complicated as it evolves beyond making haircut appointments.

For the experiment, a realistic-looking Android was created modelled on the in-game CyberLife Android protagonists designed by the game’s creators, Quantic Dream. The appearance and character of the CyberLife Android were brought to life using a trained actor and prosthetics by an internationally renowned and award-winning Australian special makeup effects studio.

Genuine reactions from the public and their pooches were captured on video in response to the Cyberlife Android completing simple tasks in two scenarios – walking a dog and ordering a coffee for its owner.

The test showed an overwhelming response of mistrust and concern around the prospect of Android helpers in everyday life. People’s powerful, and often hilarious, reactions reinforced the principle of ‘Uncanny Valley’; when robots look close to, but not quite, human, people develop a sense of unease and discomfort.

As the first phase of the experiment, PlayStation Australia created a callout on AirTasker for someone to help test a CyberLife Android. In contrast to in-person reactions, the callout received over 250 applications and with a majority of positive responses.

Detroit: Become Human, is an interactive neo-noir thriller, set in the near-future metropolis of Detroit during the year 2038. The city has been revjuvenated by the invention and introduction of androids into everyday life, but when androids start behaving as if they are alive, events begin to spin out of control. As the PS4 player steps into the shoes of three distinct playable android characters, their decisions will dramatically alter how the game’s intense, branching narrative plays out.

Exclusive to PlayStation 4, Detroit: Become Human is available now on PlayStation Store and via select Australian retailers with a recommended retail price of $99.95 AUD.