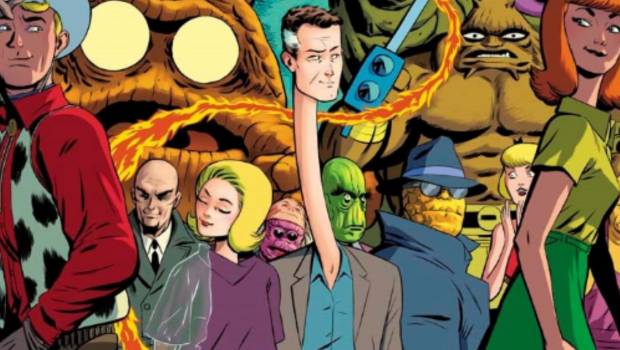 In August 1961, FANTASTIC FOUR #1 hit newsstands, heralding a new take on super hero stories and the birth of the Silver Age Marvel Universe! Now, sixty years later, experience the excitement of being a comic book fan in that momentous month with the MARVEL: AUGUST 1961 OMNIBUS, a complete hardcover collection of every issue that shared the shelves with FANTASTIC FOUR #1, many never before reprinted!

Considering leaving the comic book industry behind, Stan Lee was persuaded by his loving wife Joan to create one more book exactly the way he wanted it. And so, Stan Lee and Jack Kirby created FANTASTIC FOUR #1 and changed the American pop culture landscape forever. Before the Silver Age kicked off, Marvel Comics had published western, romance, comedy, monster and science fiction titles — and in August 1961, FANTASTIC FOUR was just one of over a dozen very different Marvel books. This first-of-its-kind omnibus will include:

Check out the all-new cover by Javier Rodriguez as well as the exclusive Direct Market variant cover by Jack Kirby and be sure to pick up this rare and unique collection when the MARVEL: AUGUST 1961 OMNIBUS hits shops in August 2021! For more information, visit Marvel.com.