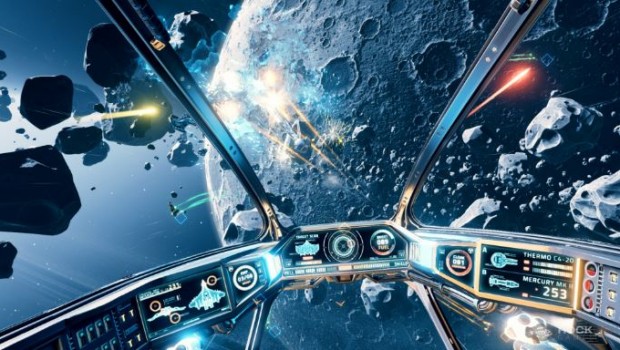 EVERSPACE for Xbox One and Windows 10 confirmed

Parallel to the release on Steam, ROCKFISH Games rogue-like Space Shooter EVERSPACE will be published exclusively for Xbox One and Windows 10 in cooperation with the ID@Xbox self-publishing program.

Hamburg, Germany – October 22nd, 2015 – After having raised over USD 500.000 through the immensely successful EVERSPACE Kickstarter campaign as well as funding via the official site http://everspace-game.com, the Hamburg-based Indie Studio ROCKFISH Games now announced its collaboration with Microsoft. Thanks to the ID@Xbox self-publishing program, the rogue-like Space Shooter will make its console debut exclusively on Xbox One, and will appear for Windows 10 on the Windows Store at the same time as its release on Steam. The release of EVERSPACE, the most funded game from Germany on Kickstarter, is planned for Q4 / 2016.

The first build of the Xbox One version will be shown at GDC in San Francisco in March 2016. Since the current PC Pre-Alpha version already performs quite seamlessly on an average gaming PC even without optimization, the objective for the console version on Xbox One is an equally smooth gaming experience in all its glory with full-HD resolution.

In addition to the confirmed console version for Xbox One, there is good news for all PC players and especially VR gamers: ROCKFISH Games confirmed that the gamepad support favored by the community can now be fully implemented as well. This means that in addition to flight- and action-sequences, equipping the ship as well as navigating through the game’s menu can also be controlled via gamepad. Thanks to ongoing backing by the community the ultra-challenging Hardcore Mode with perma-death and other nasty surprises for all rogue-like purists out there has also just been unlocked.

„We are very excited to work with the ID@Xbox team to bring EVERSPACE to Xbox One and Windows 10,“ says Michael Schade, CEO of ROCKFISH Games. “We believe EVERSPACE will be a great space shooter also for consoles thanks to its arcade style with easy-to-pick-up gameplay and its intuitive controls. Of course, this is also good news for all VR players as the PC version will feature full gamepad support as well now.”

“We were captivated from the first second we saw EVERSPACE, and are extremely excited to have ROCKFISH bringing the game to Xbox One and Windows 10,” says Chris Charla, Director of ID@Xbox.