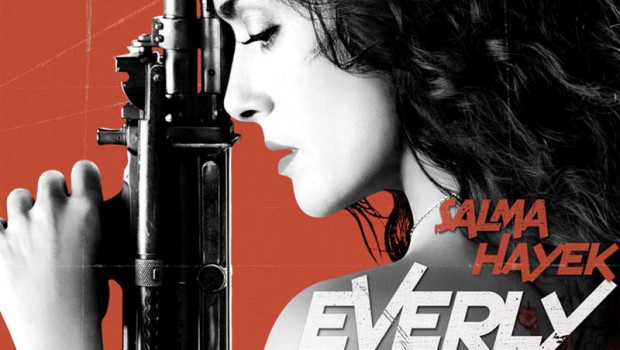 Summary: Initially the film Everly takes itself too seriously but quickly becomes a mess of ideas and blood that thankfully is almost saved by Salma Hayek

Directed by Joe Lynch, Everly stars Salma Hayek, Akie Kotabe and Hiroyuki Watanabe that harkens back to those violent exploitation and revenge films of the 1970’s to early 80’s with this film having similar parallels with the story, characters and over the top violence plus blood.

The protagonist of the film is a clichéd bad assed female who was forced into the sex slave industry to become a prostitute and left her daughter behind.  Although these prostitutes are not average working girls, they have all been chosen for their looks and skills by their cruel pimp, Taiko (Hiroyuki Watanabe). 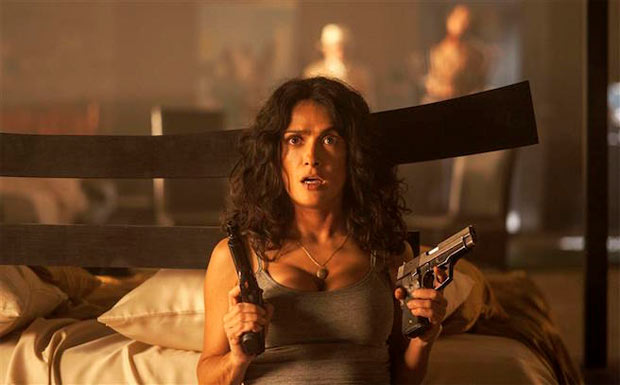 Battered, weakened and accepting her new role in life, Everly has given up hope and freedom, including seeing her daughter again but one day something snaps. She also joins forces with a local detective in order for them to take down Taiko’s empire of sin.

Unfortunately Taiko is not one to take things lying down and when he discovers that Everly is attempting to destroy his empire, the violence hits the proverbial fan as the blood starts to flow. With that said the violence is quite over the top and it does feel a little fake at times and really gives the film this B movie feel to it. 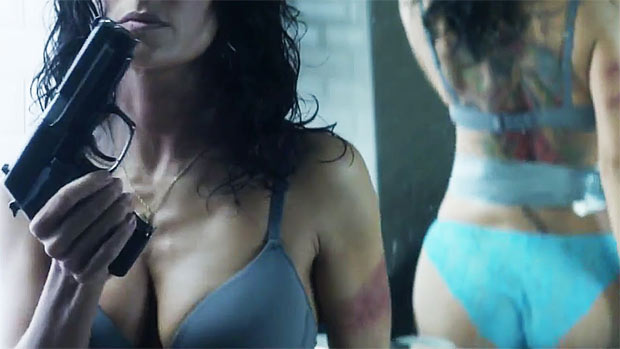 This is also where the movie suffers as the story does take a back seat to all the violence that then becomes your stock standard revenge film. However without Salma Hayek, Everly would have been a lot worse and even though she cannot save this disaster waiting to happen, the film has a few highlights in terms of the story and some of the great action battles. In the end, Everly won’t be a very memorable film for most but if you’re looking for those modern remake of those exploitation revenge films of an earlier time, than there are far worse films than this.

In terms of video, Everly is quite an impressive film and produces great picture quality. As a result, the violence looks even more bloody that does lend itself well to the fakery. Audio supports a 5.1 DTSHD Master track that produces okay levels and balances. 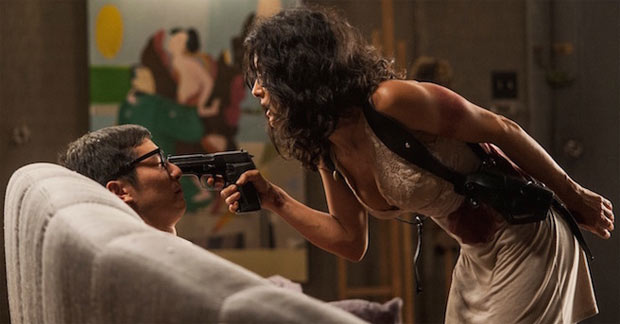 Initially this film takes itself too seriously but quickly becomes a mess of ideas and blood that thankfully is almost saved by Salma Hayek. The film will also be linked to the Kill Bill franchise, however that movie is far superior in terms of story development and its characters. 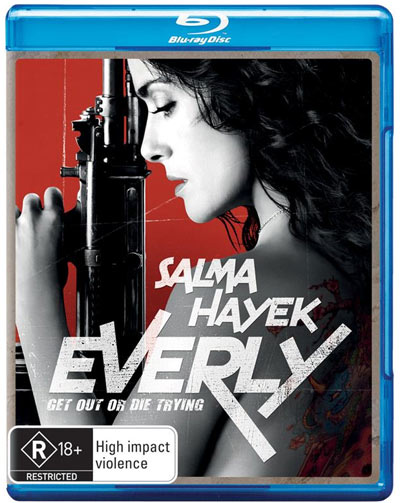