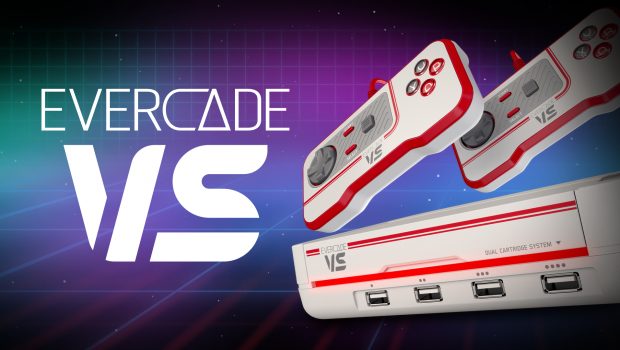 EVERCADE VS – A NEW HOME GAMING CONSOLE FROM BLAZE ENTERTAINMENT

The Evercade retro gaming system is growing with the announcement of the Evercade VS, a new home gaming console from Blaze Entertainment.

Following the successful launch of the Evercade Handheld gaming system in 2020, which became the go-to officially licensed option for many retro game players, the Evercade VS builds on this by bringing the Handheld experience to multiple players. 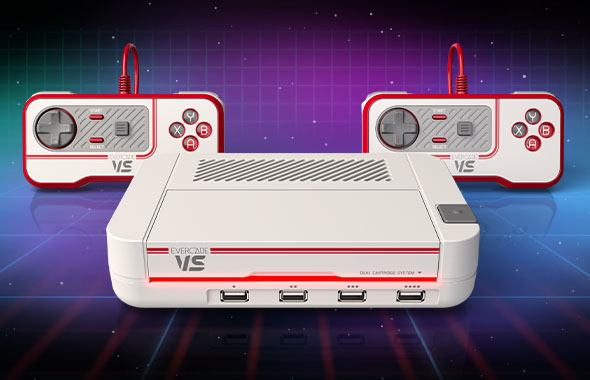 Evoking the nostalgia for retro gaming with its physical only game distribution, the Evercade VS goes one step further in allowing people to Play Together. The new console has support for up to four players simultaneously via either the proprietary Evercade VS USB Controller provided in the pack (or available to purchase separately for additional controllers). This follows the same levels of comfort that many praised the Evercade Handheld for, with ergonomically designed controllers that suit all retro games. Evercade games already come with multiplayer support so the existing library with multiplayer capability will be instantly supported.

This is a hugely exciting time for the Evercade, with new carts, new hardware and improved software becoming available. When we began this project we believed that a physical-only console would work in an increasingly digital world and the reaction has been amazing. Today we move this to the next level.
– Andrew Byatt, Managing Director of Blaze Entertainment

Evercade itself is a retro gaming ecosystem that delivers fully licensed, curated, collectible game packages via a cartridge with a retro-styled box and manual. The cartridges are currently playable using the Evercade Handheld console, launched in 2020. With the Evercade VS, Blaze is continuing to offer Evercade customers a gaming experience like no other with a catalogue of stone-cold classic titles and Indie gems from over four decades of gaming. Including iconic hits like Double Dragon, Earthworm Jim, Asteroids, River City Ransom, Burger Time, City Connection, and many more.

The Evercade VS uses the same Cartridge-based game system as the Evercade Handheld, meaning that the existing library of over 260 games across over 20+ cartridges available throughout 2021 will be fully supported* with all future cartridges also supporting both platforms. So those who already have the Evercade Handheld or are invested in the cartridge family can instantly enjoy their games on the Evercade VS, or those new to the system will have an incredibly large back catalogue to choose from. 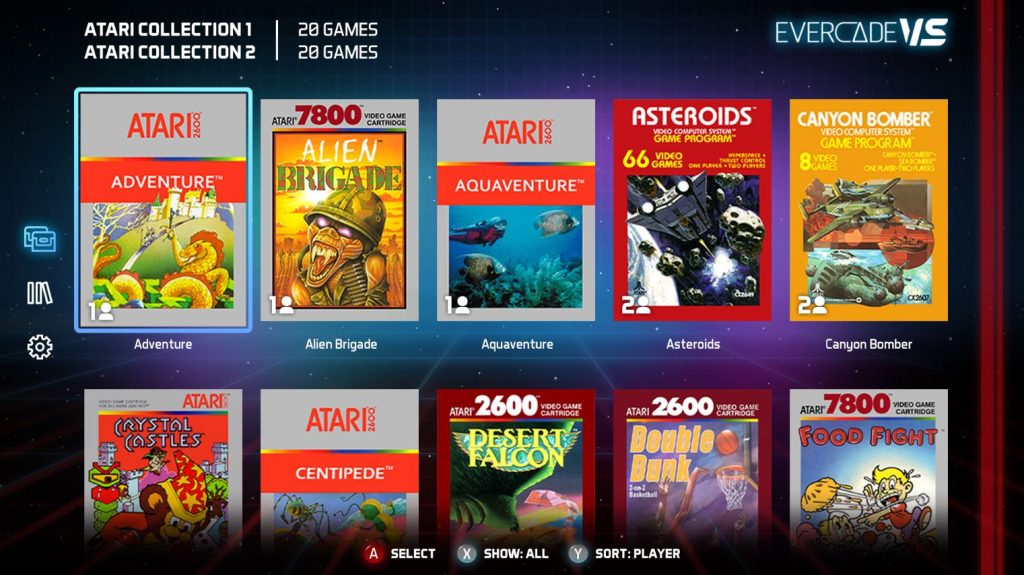 In addition to this, the Evercade VS will support two cartridges simultaneously. This will allow gamers to have up to 40 games selectable at any one time depending on the number of titles on the cartridge. This will all be displayed on-screen with a new and improved UI with full visual features including screen filters, sorting options, and resolution features allowing for Pixel Perfect representation on screen. The Evercade VS will output at 1080p, making it the highest resolution compact gaming system on the market, and will feature built-in WiFi for easy updates and future online features. 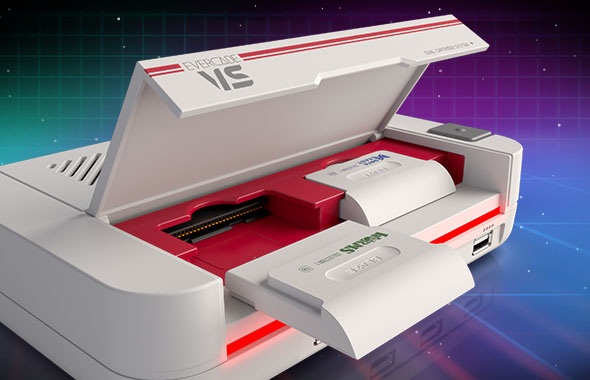 The games themselves are all tied to the cartridges with top-of-the-line emulation powered by the Evercade VS’s 1.5Ghz quad-core CPU and 512MB DRAM. All cartridges contain save and load states. This means any progress on an Evercade Handheld can be easily resumed on the Evercade VS or visa-versa. Save states will also have a new, full visual area within the new UI to show users exactly where they saved their games.

One of the benefits of the Evercade family is its value and affordability. With prices starting from £89.99/$99.99/€99.99 the Evercade VS allows for a great entry point for those who wish to have an impressive library of official game collections on their televisions at home, and for existing Handheld customers to have a cost-effective and new, enjoyable way to experience their existing collections.

Customers will be able to pre-order the Evercade VS from Friday May 28th, 2021 (with exact pack configurations to be announced the week beforehand) with an estimated release date of early November 2021.