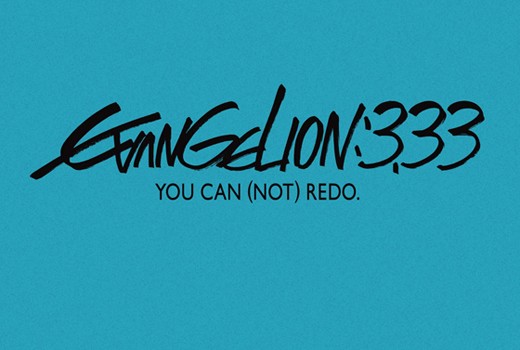 Summary: An emotionally conflicting journey but ultimately another entertaining entry in the Evangelion franchise.

Director Hideaki Anno certainly isn’t a stranger to controversy. When he released the original Neon Genesis Evangelion in 1995 it was met with equal parts fanboy love and fanboy rage. The now infamous history of its production which lead to its stumbling ending has left a hole in the core anime fandom for over a decade and for the newly released Rebuild of Evangelion project now into its final stages, how this void will be filled remains a mystery. Most perplexing of all is that despite a generally well received reinterpretation with the first two Rebuild films; Anno seems to have taken the series into sharp, hard right turn that no one expected in this new Evangelion 3.33 film. This has given the anime community yet another polarizing work from Anno to debate and fuss over but that by no means has anything to do with its overall quality. In fact this might be very bizarre but refreshing change of pace. 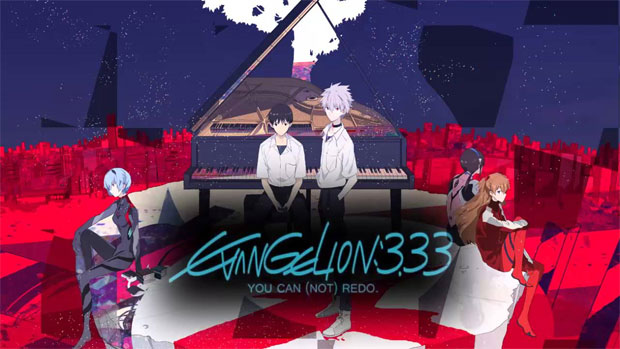 The film begins with our protagonist, Shinji Ikari, awakening from a long slumber as he was trapped inside his own giant mecha (Evangelion Unit 01) in the previous film after a desperate attempt to save his fellow pilot Rei Ayanami. It seems his return isn’t as triumphant as he might have expected as he is confronted by an oppressive organization, Wille, led by his former commander and parental figure Misato Katsuragi who along with her compatriots does not have many nice things to say when reunited with Shinji. To make matters worse it seems that the world that Shinji and the audience have come to know in the past two films is long dead as Wille is relentlessly pursued by artificial monstrosities created by NERV, the organization that Shinji and company previously worked for.

This sudden detour to an unfamiliar setting induces a long and belated mental whiplash as all of the expectations and hopes that the audience might have had following the events of the last two movies have been dashed. Instead of allowing Shinji to finally become a more traditionally active hero as some might have expected he’s pulled back down to earth as quickly as he arrives and only seems to continue moving toward a downward spiral. This fuels the anxiety of what long-time fans seem to be anxious over because for the past two films it seemed as though Shinji might be having a kind of revelation about himself and his circumstances. Learning not only how to be more open and proactive as a person but willing to fight for something beyond his self-destructive need to please his manipulative father, Gendo Ikari, but in a shocking series of events he plays right into his father’s hands again.

Anybody who might have been expecting to see Shinji echo the sentiments of Simon the Driller from Gurren Laggan is going to be disappointed. But does that mean the film, taken as it is, is bad? The short answer, I believe, is no. It is pretty great in places actually, though by no means perfect. This film is a ride that doesn’t stop to twisting the knife but it also has the makings of a future anime classic. Firstly, Shinji’s progression in this film understandable given his circumstances: he is confused, frustrated and feels betrayed by the people he put his trust in and the audience in a sense is forced to view these events through Shinji’s eyes as we very closely follow his journey with only a limited number of scenes that follow other characters. This choice in direction has its benefits but it unfortunately it comes at the expense of certain plot details and relevant information. If the idea was to deliberately alienate the audience then this film has succeeded but there is a feeling at a few additional scenes might have helped alleviate some of the more frustrating aspects of this film.

Secondly, it’s interested in portraying these events as a series of tragedies rather than Shinji finding his true calling. While it maybe baffling that Shinji would have any expectations of his father being a good parent (considering the amount of harm that’s come from Gendo’s direction) it should be noted that Shinji doesn’t really trust his father. He’s desperate, you see, to hang onto whatever semblance of good that there is left in this apocalyptic scenario. He hangs onto his father’s tape recorder but only because it’s the only familiar thing he has left. He’s trying to make sense of a world that is so alien that it’s practically unrecognizable but with no time to reconcile his feelings and rival factions pulling him in completely foreign directions he’s forced back into his very closed off comfort zone. The only one who seems like he could ease the pain of his crushing anxiety is Kaworu, another Evangelion pilot with a mysterious agenda, and this is where the majority of film takes place: building the relationship between Shinji and Kaworu. Your mileage may vary but this change in direction might just be worth the ride.

The extras on the Blu-ray are plentiful with TV Spots, trailers and behind the scene animatics and an artbook that details the finalized designs of every character and mecha in the movie. It’s a shame that there is no audio commentary or further details regarding the films production but this is by no means a lacklustre package.

Ultimately, Evangelion 3.33 is a polarizing but refreshing in the strangest of ways. It’s difficult to fully convey what makes this film so unique without spoiling it but be assured that it is worth your time. Even if you are scratching your head for answers throughout the entire film it’s hard not to be emotionally invested with such a strong cast of characters and exhilarating action. Now it’s just up to Anno to release Evangelion 4.44 and cap off this saga so we can find out if all of these complicated emotions were worth it. 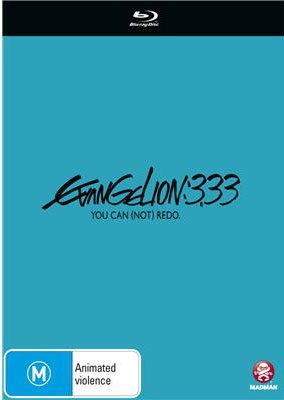