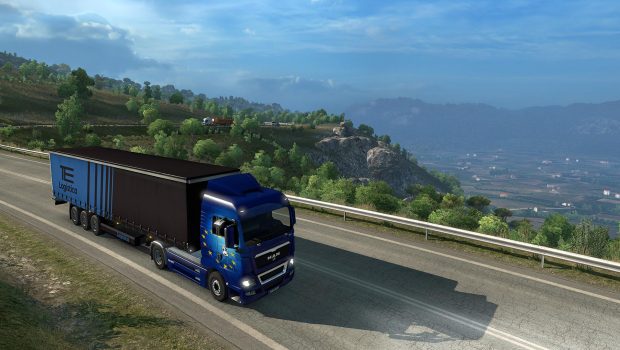 SCS Sofware development team is working on the new expansion of the game world with maximum effort to bring the fans our rendition of beautiful Italy with its rich history and modern industry.

Our map designers have fallen in love with the new region right from the research stages – there are so many diverse environments to combine! From tall mountains to the shores of the seas, from manicured farmland to wilder and more arid places, it was clear that we are looking at quite a challenging and demanding task! We tried our best to depict the typical features of Italy from behind the wheel, like roads leading through the Apennines, where tunnels and bridges alternate with scenic vistas and curvy segments, opening the view to distant horizons. The geography and shape of Italy have also led to a relatively high concentration of cities and industries in the new DLC.

We hope that players will be excited about our work and appreciate our efforts to show Italy for what it is: Bella Italia!

The game already contains several cities from northern Italy. These areas of the game world will receive an extra layer of polish to coincide with the DLC release, so even players who decide to wait with the purchase of the new DLC will benefit from a partial upgrade of the game map.

If everything goes according to the plan, we expect to release this latest Euro Truck Simulator 2 map expansion towards the end of this year.