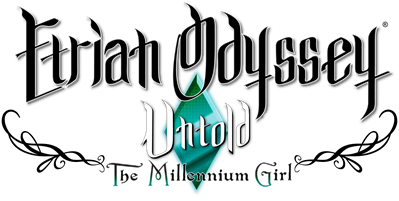 NIS America is happy to announce that Etrian Odyssey® Untold: The Millennium Girl is now available for purchase at retailers throughout Australia and New Zealand. The game is also available as a digital download in the Nintendo eShop. Exclusively for the Nintendo 3DS™, Etrian Odyssey Untold: The Millennium Girl isa fresh and reimagined version of the first Etrian Odyssey game for Nintendo DS,  with a series-first story mode, complete with new cinematics from animation studio Madhouse, more than 3,000 lines of recorded dialogue, and plenty of challenges for fans of first-person dungeon-crawling RPGs.

A demo, which includes two dungeons, is also available in the Nintendo eShop for those fans who want to get a nice sneak peek of Etrian Odyssey Untold: The Millennium Girl! Save data created in the demo will also carry over to the retail version of the game. Players will utilize the 3DS system‘s bottom touch screen to chart their path and create their own maps to keep the party alive in the face of the dangers that await. The game also contains a classic mode that offers the series staple robust character customization and job class options, as well as a “Picnic” difficulty option to provide greater accessibility for players new to the series.