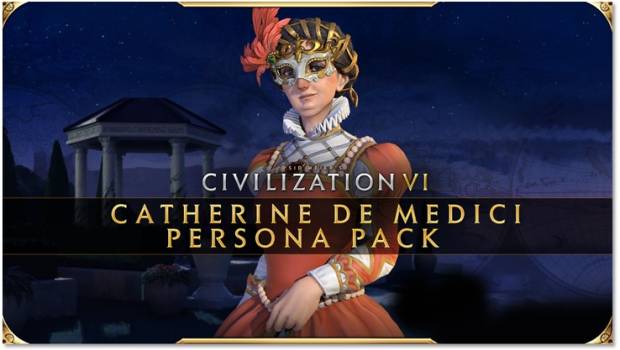 Included in the Ethiopia Pack is a new leader and civilization – Ethiopia – as well as a new District and additional buildings. Also, the DLC will include a new optional game mode called Secret Societies*. This game mode adds four powerful and mysterious Secret Societies to the world, where discovering a Society unlocks a unique Governor with powerful bonuses which players do not need to assign to a city. Once you become a member of a Society, you commit to membership for the rest of the game. Alliances with players who are members of the same Society generate Alliance Points more quickly, and those players will have an improved opinion of you in diplomacy. Players who are members of a different Society, however, will dislike you once they are aware of your affiliation.

Finally, those who’ve purchased the Civilization VI – New Frontier Pass will receive the Teddy Roosevelt and Catherine De Medici Persona Packs. Each Persona Pack contains a brand-new take on a favorite leader, with a new leader model and background, new gameplay bonuses and an updated agenda that reflects the changes to the leader’s personality. “Rough Rider Teddy” excels at keeping the peace on his home continent, while “Magnificence Catherine” can use Luxuries to overwhelm the world with Culture and Tourism.