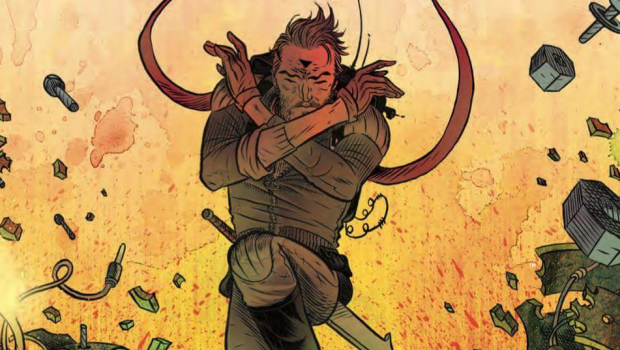 Summary: The pieces of the puzzle are coming together.

Things keep getting more complicated for Boone and Glum after they find a portal leading back to Earth. This can only mean disastrous consequences, as the copper golem they were tracking is now loose on the streets of Manhattan. Unfortunately, this isn’t the only problem as Boone quickly discovers that a much more sinister plot is unfolding. 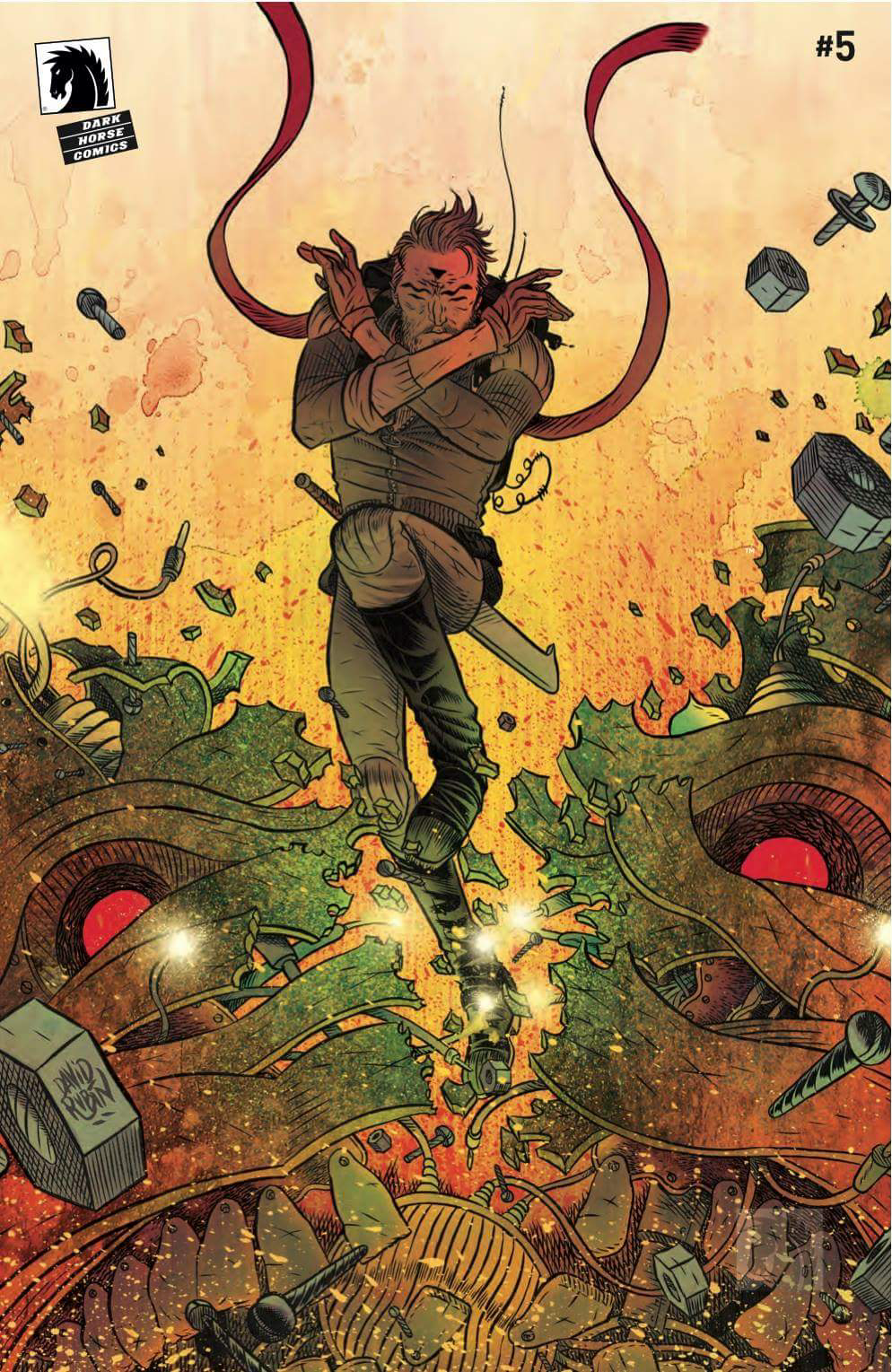 We kick off this issue with Boone temporarily sealing off the portal to Earth with a wooden board and some tape…resourceful! Back in Manhattan and in desperate search of the dangerous copper golem, Boone thinks hard to come up with ways in which he can quickly track the golem. Remembering that he has an Ether compass, that detects any magical Ether leakage, Boone decides that he must get this compass as soon as possible. The only problem is that the compass is in storage in his old home in Italy. With no time to waste, Boone departs for Italy in a desperate bid to get the only thing that will lead him to the mindless automaton. However, the golem is one step ahead of Boone and the hunter becomes the hunted. Luckily, Hazel is there to save the day wielding a giant cutlass made of light. A handy weapon to have when facing-off with dangerous creatures from the Ether. This is a short and sad reunion for Boone and Hazel but also an important one, as it reveals some important information and clues that Boone had missed. 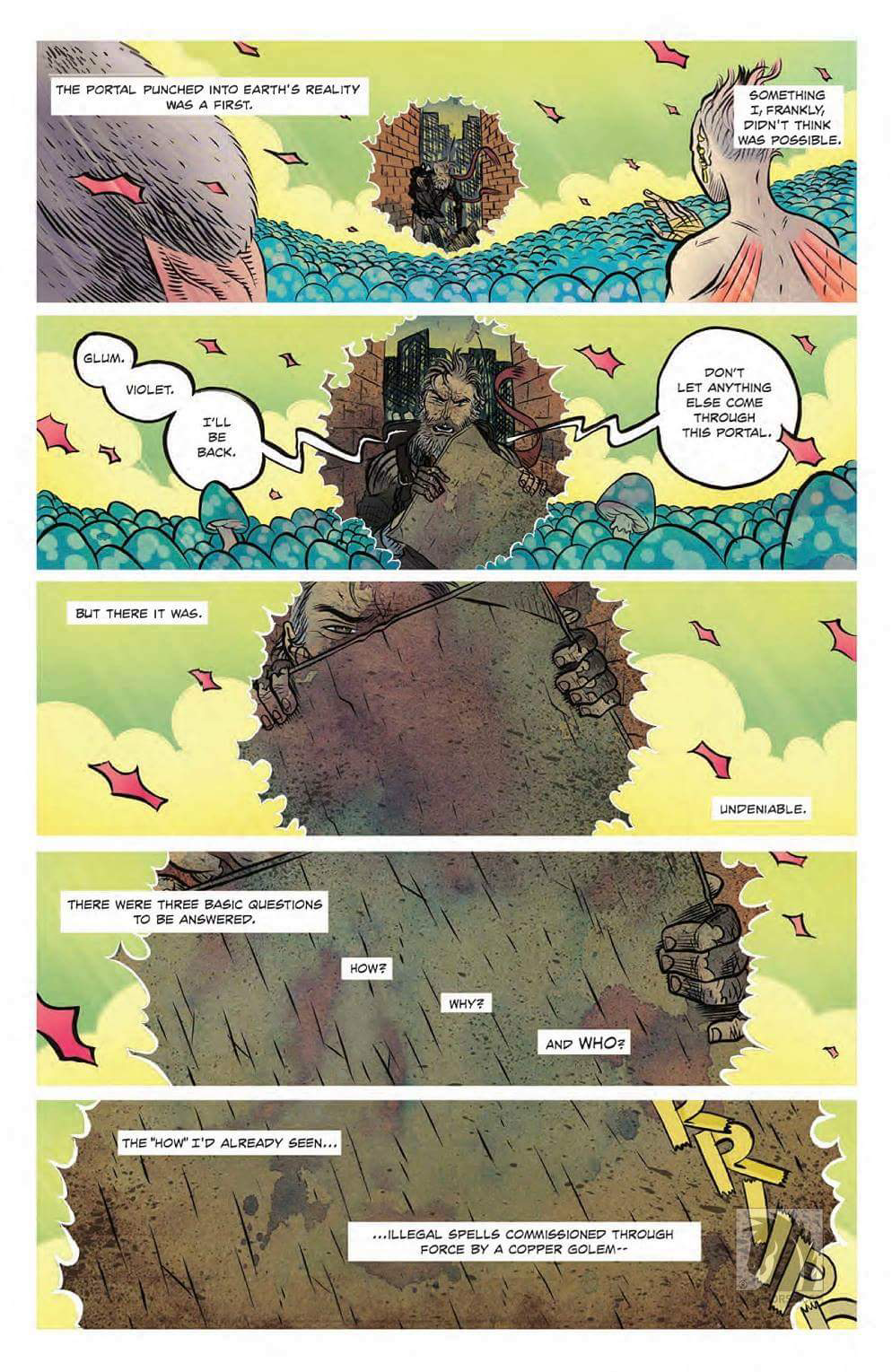 This is an exciting and somewhat sad issue of Ether. A lot is revealed as we discover that there is much more to this magical murder mystery that Boone initially suspected. Being back on Earth is clearly hard for Boone. He has spent so much time traversing the magical realms of the Ether and as a consequence, it has forever changed him. Every week that he has spent in the Ether was the equivalent of a year on Earth. This is a huge price to pay, especially when Boone has a young family who are waiting for his return. There is a small sequence where we see a brief rundown of Boone and Hazel’s relationship breakdown. It’s sad and clearly hard for them both. Seeing each other opens up some old wounds but once again Boone quickly dismisses the way he feels and defaults back to his rational mind. For him it’s easier to block out these emotions and instead focus on the issue at hand and the information that was revealed to him, which leads him towards the mastermind behind everything. War is afoot and it’s up to Boone and Glum to stop it before it takes hold. 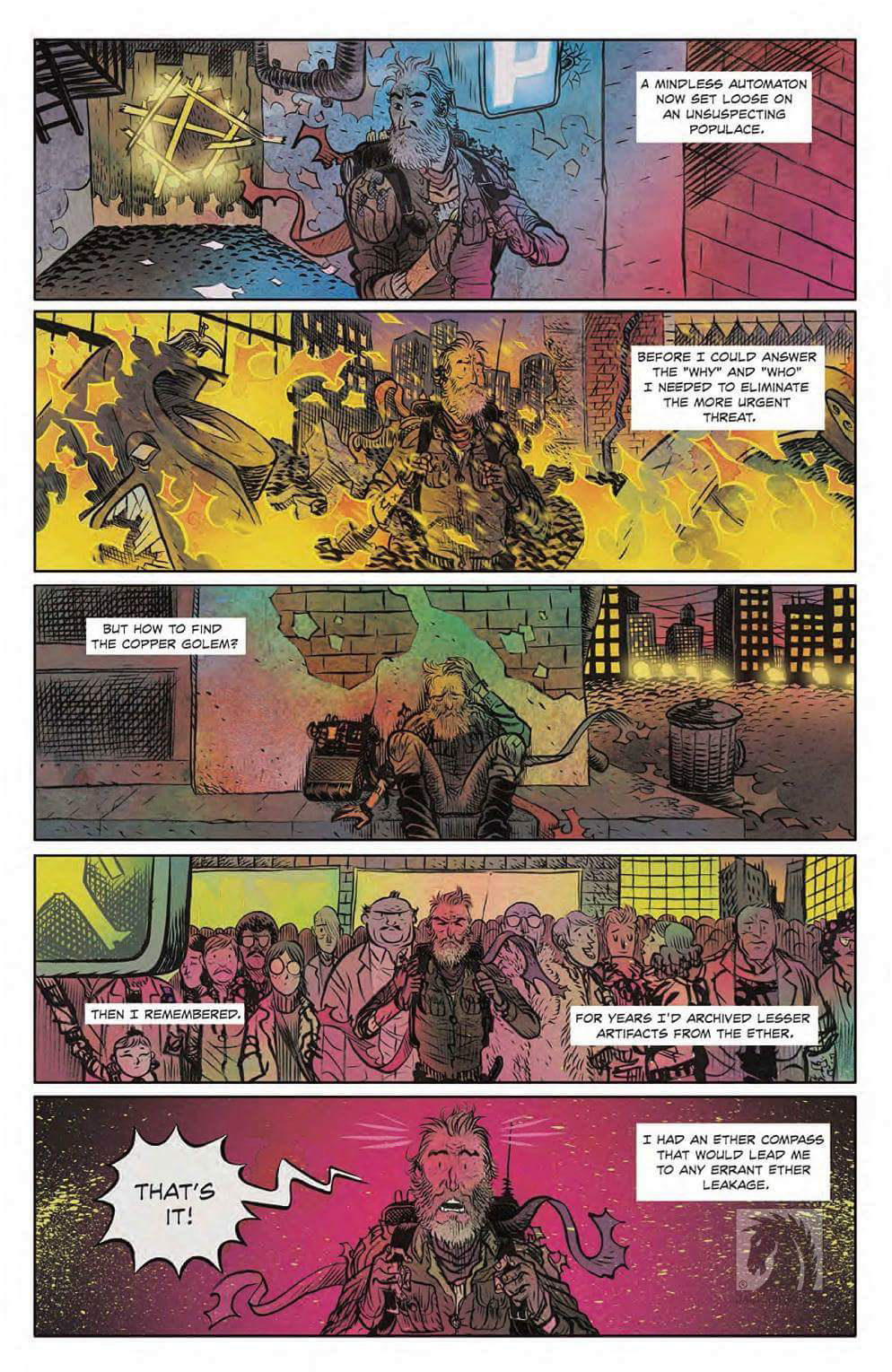 David Rubin’s constructs a eclectic visual narrative. It flows in a way that works with the unusual timeline and sequencing of events. I found it clever how he framed certain panels, breaking up some of the images like a puzzle that you piece together. It reinforces the whole concept that these two worlds are adjacent to one another, running on separate timelines and I found it to be a clever way of visually depicting something that would normally be quite difficult to envisage. I really enjoy the beautiful colour palette, which is often dominated by bright and vivid colours. Light is depicted beautifully and I found it has a luminescent quality that paints a warm glow across surfaces it touches. I also found that the colouring when Hazel and Boone are talking reflects the heightened stress and anxiety that they are both feeling during these moments. It captures the emotional tone perfectly, with harsh splashes of colour painted across their faces making them look battle weary and tired. 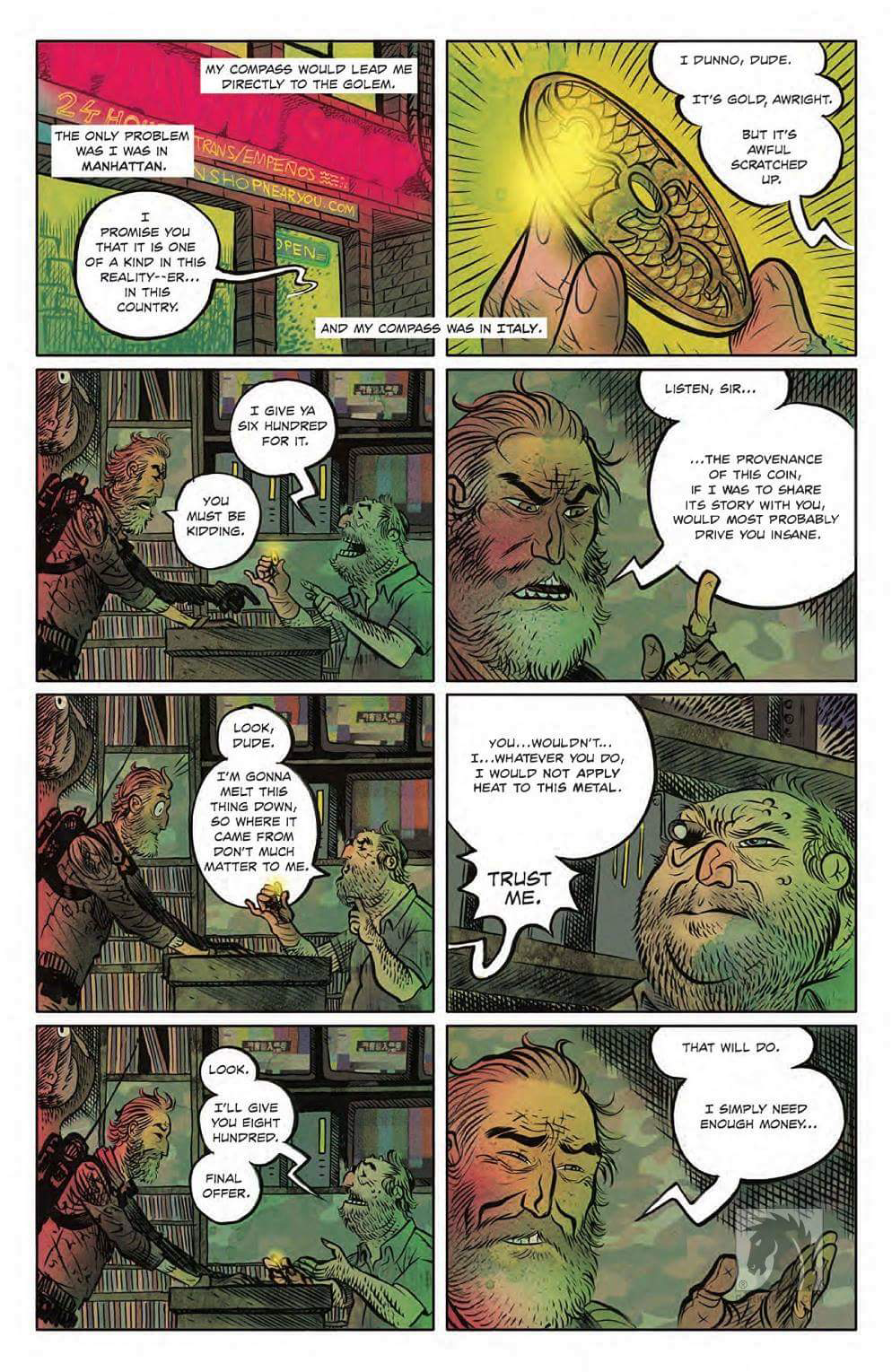 Overall, I’ve enjoyed the concluding issue for the first story arc of Ether. I found this to be a thought-provoking and intriguing read. It was interesting to discover more of Boone’s story and learn a little bit about his sad past. He is a broken and damaged man, who has sacrificed a lot to live a life of high-adventure and scientific discovery. Whilst I’m excited about discovering more about the sinister plot that is about to unfold I’m keen to learn more about Boone and Hazel and the importance of their complicated relationship.