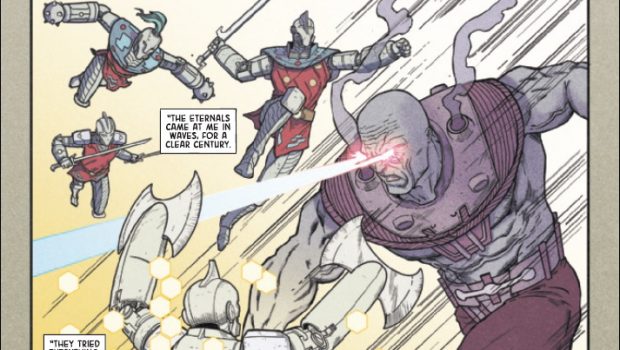 Summary: Worth a look if you are a fan of Thanos and want to see him get his own story.

Due to some unknown reason Thanos ends up being the leader of the Eternals and he decides he has to hear from their original leader Uranos, the Undying. Queue pretty much what amounts to an exposition dump to set up this series but I would not expect anything else given it is the Eternals.

Not sure where this fits in with the Eternals in the Marvel universe and is seems yet another Multiverse style split to spin off its own timeline for this particular storyline.

In this universe Thanos doesn’t actually seem to be all that bad considering the Eternal he replaced as leader which is saying something considering the snap also happened in this storyline.

Maybe not the best issue to read if you want something action-packed but if you are prepared to wait for the story to develop I am sure it will grow into something more involved over time.

I would recommend this one if you are a fan of Thanos and want a story centred around him. The Eternals seem to have had several of their own comics in the new reboot but I am not sure if they are going to stick around given the movie version did not go so hot. 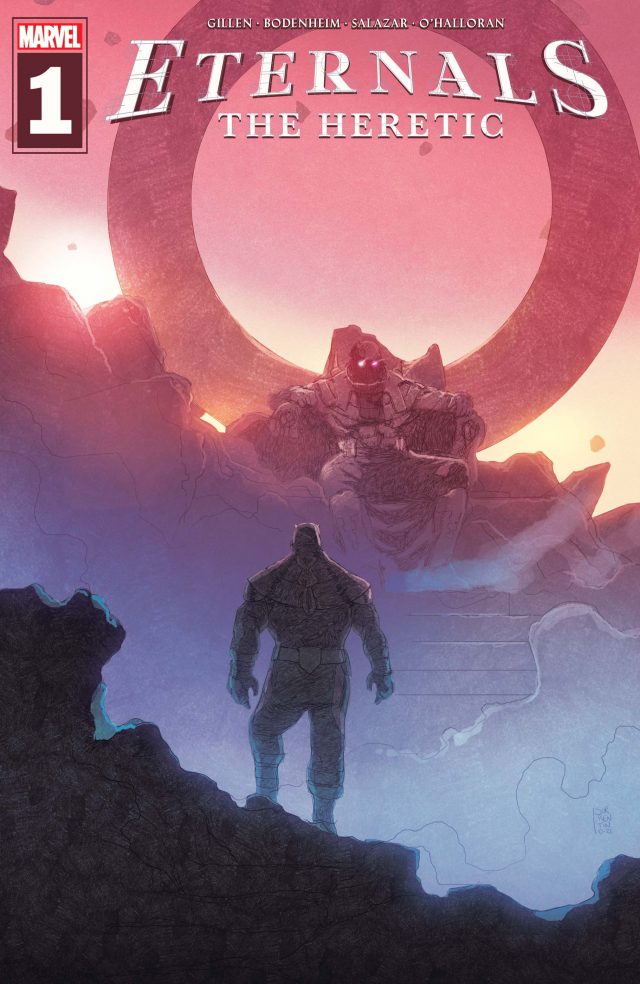