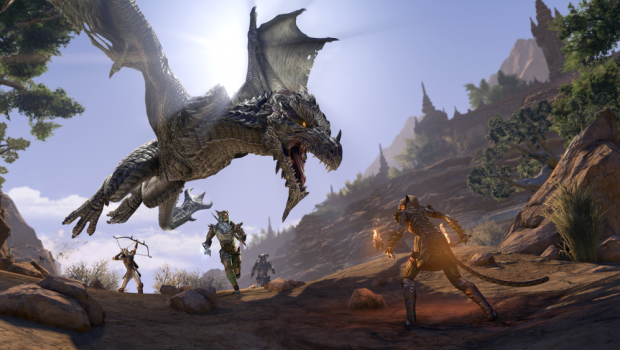 The Wrathstone DLC game pack will be released for PC and Mac on 25th February and for PlayStation 4 and Xbox One on 12th March.

This new DLC will challenge players to uncover both halves of the mysterious Wrathstone tablet with two all-new, four-player dungeons: Depths of Malatar and Frostvault. In Depths of Malatar, players will investigate sunken Ayleid ruins and discover the fate of a lost Imperial cohort. While in Frostvault, players must work to navigate the glacial rifts beneath Eastmarch in order to gain access to an ancient Dwarven vault. Both new dungeons will feature challenging monsters and bosses and provide fantastic new rewards including powerful item sets and unique collectibles.

Wrathstone will also kick off the Season of the Dragon year-long adventure, starting a journey that will take you to ESO’s next Chapter, The Elder Scrolls Online: Elsweyr, and continue throughout the entirety of 2019.

At launch, Wrathstone will be available for free for all ESO Plus members or be purchasable with crowns from the in-game Crown Store.

In addition to the DLC game pack, we will be also be releasing Update 21, a free base-game patch that includes new additions and fixes such as a brand new Battleground and PvP rewards, the new Zone Guide system, and an update to the Guild Trader UI. Update 21 is free for all ESO players.

For more information on the Wrathstone DLC game pack and Update 21, check out elderscrollsonline.com.