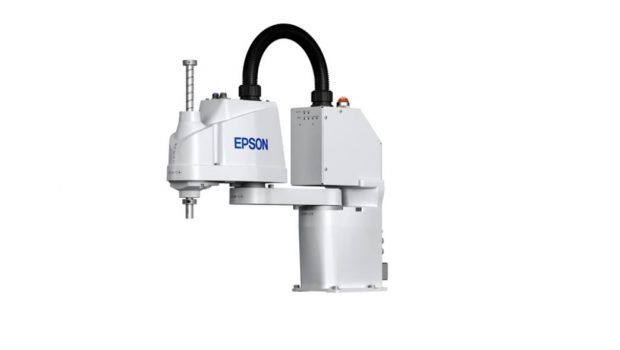 SYDNEY, 30 March 2017 – Epson is expanding its lineup of SCARA (selective compliance assembly robot arm) robots with the launch of its new T series of robots that will offer a low total cost of ownership (TCO). The T3, the first product in the T series, will be released in limited markets beginning in late March 2017, with a gradual rollout in other regions to follow.

In Australia Epson’s robot sales, service and support is managed by Motion Solutions Australia and they can be contacted on (03) 9563 0115, or via www.motion-solutions.com.au

The T3 is designed primarily for simple material handling applications, such as test machine loading/ unloading. It provides companies with the opportunity to free operators from repetitive and non-creative tasks such as transporting components, which to date had not been performed by robots due to financial concerns. Manufacturers who automate tasks by combining multiple low-cost single-axis robots will find that they can replace these with T3 robots. Doing so will enable them to reduce or eliminate troublesome single-axis robot maintenance work and save money over the long run. Deploying T3 robots will enable factory owners to free up space that was taken up by a large number of robots and use their floor space more efficiently and productively.

Key product features
(1) A built-in controller saves space and simplifies robot setup and redeployment.
Epson was able to integrate all the controller components into the robot arm meaning that customers do not need a controller box.

(2) A batteryless motor unit reduces maintenance and factory downtime.
Factory owners do not need to exchange batteries because the T3 is able to record the back-up status of its motors by using a simple mechanical system with the latest motor technologies.

(3) An end-effector I/O port and a short, stable cable conduit simplify cabling work.
Epson has provided an I/O communications port closer to the end-effector. This port makes it easier to connect cables to the end-effector and supply power to it. There is no longer any need to route a long cable to the controller. The cable conduit, which contains pneumatic hoses as well as electrical cables, is shorter than in previous models. The shorter design gives it stability while the robot is moving, making it easier to route cables outside the conduit.

(4) Runs on a low supply voltage (AC100V), using 30% less power than comparable Epson robot systems1.
The T3 has 30% better energy performance (power consumption: 0.66 kVA) than conventional SCARA robots, therefore helping factory owners reduce long-term running costs. The T3 also runs on a single-phase alternating current at input voltages ranging from 100V to 240V, meaning that it can also be used in facilities where a large power supply is not available.

1Compared with an Epson LS3 SCARA robot and RC90 controller

■ To watch a T3 video go to: https://youtu.be/G1AVGzMemHc

For additional information about Epson robots go to: http://global.epson.com/innovation/core_technology/robotics.html