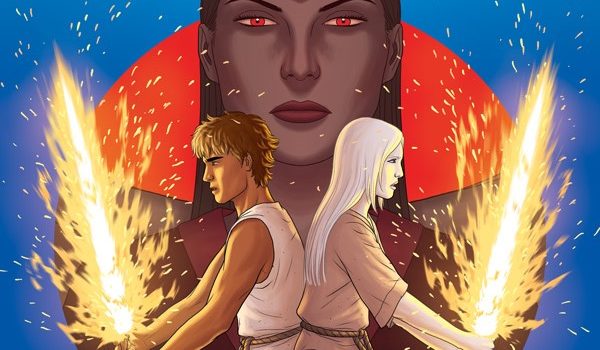 The Eternal Empress has waged war against the countries of Saia for over 100 years, and now her sights are set on the last country standing. But within the brutal Empire’s workforce, a young man and woman discover they share a synergistic power that could change the fate of the entire
world.

“We’re very excited to have ETERNAL EMPIRE, VOL. 1 in stores,” said Luna and Vaughn. “We love this story about destiny, synergy, dragons, and rare magic, and we hope everyone enjoys it!”

It will be available in bookstores Tuesday, November 28th, and it can be preordered via Amazon, Barnes & Noble, Indiebound, and Indigo.

“Vaughn and Luna work together in wonderful lockstep.” —Comic Buzz

“This is a proven creative team working on what looks to be their most epic and ambitious project so far. What’s not to love about that?” —IGN

“Fans of ALEX + ADA will find a lot to love here, but fantasy lovers should take note; while the art style may not feel conventional for the genre, there’s no denying that the groundwork is being laid for something deserving of the word epic.”
—Multiversity Comics

“If you’re a fan of ALEX + ADA, you need ETERNAL EMPIRE in your life. If you’re not, I say give this comic a chance.” —Monkeys Fighting Robots 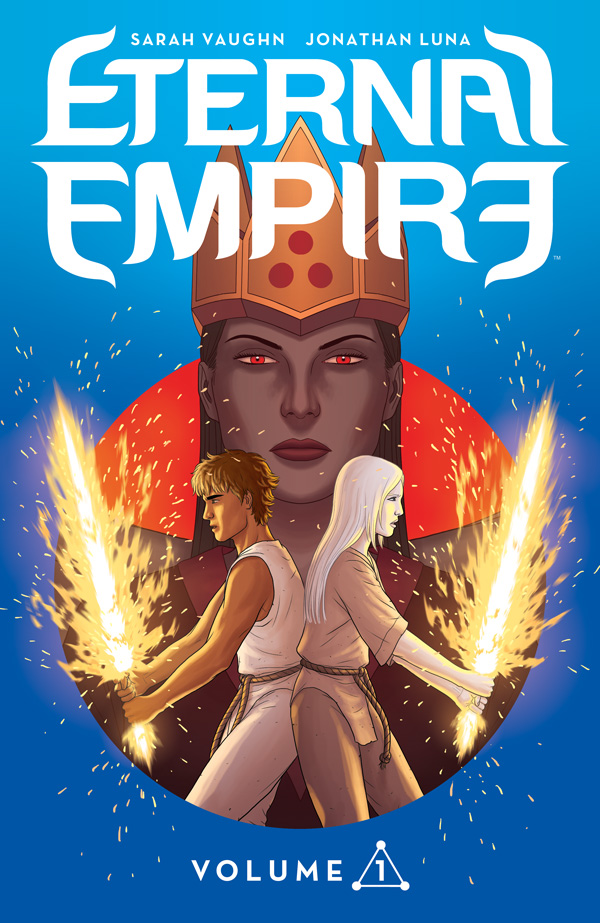