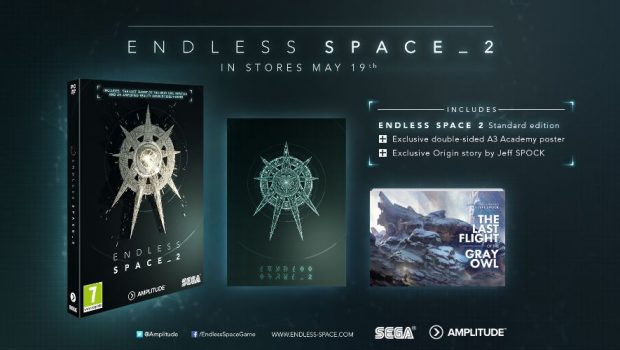 A physical edition of Endless Space® 2 (PC) is also coming on day one and will feature premium package, which will include a novella – a Jeff Spock tale written under the orders of the community’s mind. Titled “The Last Flight of the Gray Owl” it details the origins of the space ship that ties together Amplitude’s three games (Dungeon of the Endless™, Endless Legend™, and Endless Space® 2). Physical SKU also includes an exclusive double sided A2 poster of the Endless Space 2 Academy. On one side the original version, on the other side the Academy seen through the Amplified Reality.

Endless Space®2 is a turn-based, space-strategy game that expands through the Endless universe, putting players in the fascinating role of leader guiding a civilization in making its first steps into the cold depths of interstellar space. Play through eight factions alone or against your friends.