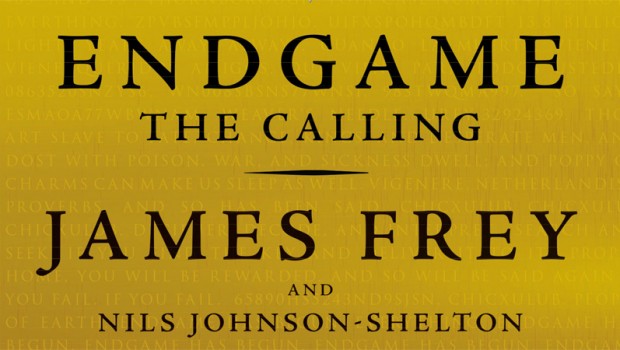 Summary: Endgame is an action packed thriller which is linked to the diverse and sometimes mysterious history of man

The end of the world is coming and 12 teenagers hold the fate of every person on the planet in their hands as they embark on a deadly “end” game engineered by powerful godlike aliens who have been shaping humanity for over 10,000 years. These beings are known as the Sky People or the Annunaki who have set in motion the Endgame which requires 12 players from around the globe to solve a puzzle by any means possible in order to save their ancient lineage such as the Cahokian, Olmec or Nabataean lines. This means that billions of people will die in Endgame but if a player is successful, their ancient lineage will be saved. Sure, it may sound a little like The Hunger Games but Endgame is quite different and is more a mystery than a battle in a virtual arena.

These players, some who have been groomed from birth have been given the skills needed to help them complete Endgame which not only makes them deadly warriors but also their intellects have been fine tuned to solve the mystery behind this global event. This also relates to a real-world puzzle which has been created by three MIT PhD’s and if you follow the puzzles in the book and successfully solve them in conjunction with the internet links, it will lead you to a key and a massive pile of gold coins which will be live streamed on YouTube. Unfortunately the proof that I read did not contain the correct puzzles but it’s definitely a great way to make a very entertaining novel quite interactive. Apart from Fox gaining the rights to the movie, Endgame will also be available as a video game closer to the release.

In terms of the story, authors James Frey and Nils Johnson-Shelton successfully create an edge of your seat thriller as you follow these teenagers across the globe. The story commences with Earth being bombarded by 12 meteors of different sizes that sets in motion the deadly event known as Endgame. Each of these meteors is also linked to where the players are currently living on the planet and the authors do a fun job at introducing each of the 12 diverse characters. The players range in different ages from 13 years of age for the sadistic Baitsakhan of the Donghu line to the oldest and noble player, Jago Tlaloc of the Olmec who is 19 years old. I also enjoyed the diversity between each of the characters.

Once the players know that Endgame is about to start, they are summoned to The Calling where they meet one of the Sky People called kepler 22b who informs them that Endgame has commenced and from there, a chaotic battle erupts as each player attempts to gain an advantage. Although not all players believe that violence is the way to win Endgame as two of the main protagonists, Sarah Alopay of the Cahkokian and Jago Tllaoc make an alliance in order to help each other through the game. Sarah is as American as they come, homecoming queen and everybody’s favourite person in the school, whereas Jago ran a protection racket for his family in Peru. To make matters worse for Sarah, her high school love Christopher Vanderkamp has followed her across the globe that has put a spanner in how she completes Endgame. It doesn’t help that one of the players has captured him either.

Along the way, alliances are made and the reader is given a great insight into the motivations, strengths and weakness of each player. Chiyoko Takeda of the Mu is a mute from Japan but is one of the most deadliest of the players who uses steal and guile whereas Hilal ibn Isa al-Salt of the Aksumite is a more philosophical player. This is another highlight how each players interrupts the Endgame differently. However as we follow each of the players, we soon realise that the Sky People may not be the gods who they have pretended to be when two players, Hilal and Aisling Kopp of the La Tene discover a powerful secret that may change the very fate of the world and prevent billions of people from being killing in Endgame.

Although the book has some parallels with The Hunger Games, it is a much more savage read and it will be interesting to see how this relates to the upcoming movies based on the novel. Some of the teenagers in this book are also beyond their years, while others are quite despicable but each of them is all affected by the violence that encompasses their world as being a player. As the book starts with a bang, it also ends with a bang and a huge cliff hanger that really had me wanting to know more. The writing also flows very well, although a little disjointed at times but needlessly to say, I had finished this book in a few days. With that said, there are a few clichés in the book like Alice Ulapala of Koori who is a little “too” Aussie but overall, James Frey & Nils Johnson-Shelton create an action packed thriller which is linked to the diverse and sometimes mysterious history of man. 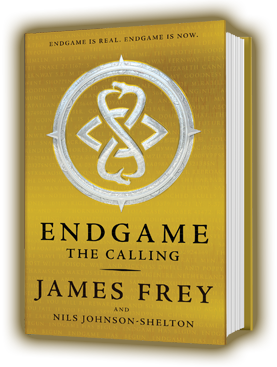