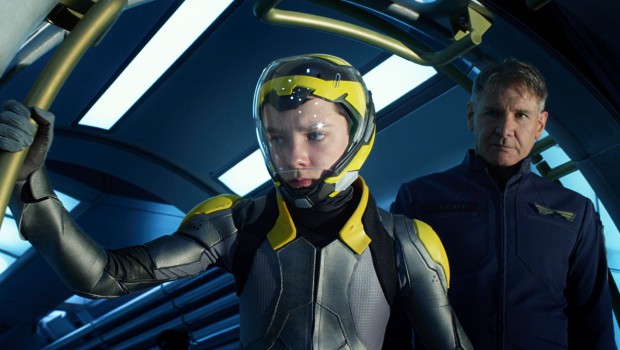 You could say that Ender’s Game is an age-appropriate children’s version of Verhoeven’s Starship Troopers (1997), minus the gore and nudity. This futuristic sci-fi action film focuses on prodigious tweens being recruited for Battle School and Command School to become the next generation of military strategists and tacticians, soldiers and commanders. Training involves sleep deprivation, zero-gravity laser tag and violent video games. Upon graduation, these young geniuses will combat the Formics, an ant-like alien species, who, in the past, slaughtered countless Earthlings as they tried to colonise our planet. Or so the story goes. Don’t believe everything your superiors tell you.

According to the victory-crazed Colonel Graff (Harrison Ford), Andrew Ender Wiggin (Asa Butterfield) is “the One”. Graff believes Ender is the only child commander gifted enough to wipe out the entire Formic race. But Ender is no puppet. He’s suspicious of authority and isn’t afraid to backchat. He’s also a divergent thinker and an empathetic soul. when Ender dares to ask if Formics actually do come in peace – that they’re ready for a ceasefire – Graff has to resort to desperate measures to ensure the extinction of the Formics and the safety of humankind. I won’t tell you what those measures are.

Power play, genocide (or “xenocide”) and the complexities of conflict are major themes in this film. Who exactly are the heroes and villains when it comes to war? Ender recognises that the mute Formics do in fact have their own form of non-verbal communication, contrary to what the adults believe. Apparently, if the enemy cannot speak, he is savage and thus must be eradicated. Older viewers might be glad to see such antiquated colonialist ideas being illustrated before younger audiences. However, it makes you wonder, have other adult characters made this observation too? Aren’t there other grown-ups thinking about peace talks and communicating with the Formics themselves? Surely Ender can’t be the only one with a diplomatic heart.

One confusing part of the film is the reasoning behind placing children in the frontline to begin with. In the trailer, Graff explains that the Formics are quick to learn and counteract opponents’ moves – that they cannot predict the actions of children. However, in the film, no such reference is made. In one scene, Graff explains to Ender that children are recruited because they can comprehend complex data more readily than adults. If only there was more clarity and consistency in this area. 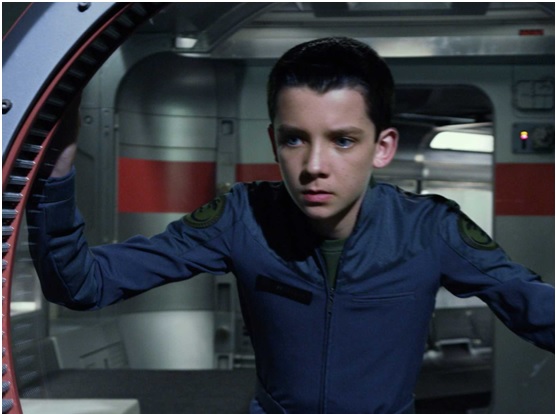 It’s welcoming to see a different type of war film, where intelligence and mental strength are valued over simple brawn. Other reviewers have commented on some kind of new-age portrayal of masculinity, which, really, shouldn’t be a big deal. Yes, Ender cries more than once. Boys cry, folks. This is what kids do. Surprise! Besides, a teary Ender is much more believable than a 1980s posturing macho he-man. (Don’t people realise that Rambo sounds very similar to Rimbaud, a 19th century gay French poet?)

If you haven’t read Orson Scott Card’s original novel, fret not. Ender’s Game is easy to follow with its careful pacing and voice-over narration. It’s just a shame that this thought-provoking film will always be associated with Card’s controversial comments, even if the film makes no specific mention of LGBT issues. With the planned boycotts, could Ender’s Game be another Golden Compass? Only time will tell. One thing, however, is certain. Ender’s uncanny ability to not only empathise with his enemies but to love them makes him a much more respectable role model than the author could ever be. 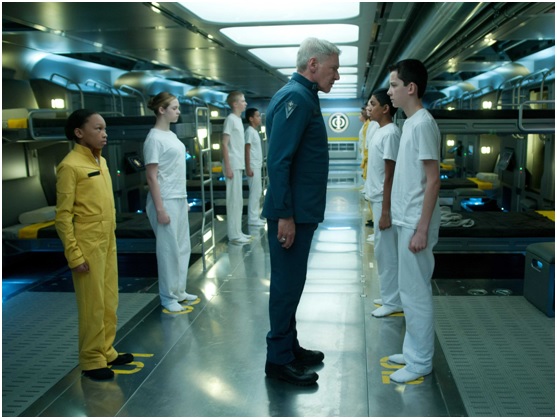 Summary: It’s welcoming to see a different type of war film, where intelligence and mental strength are valued over simple brawn.