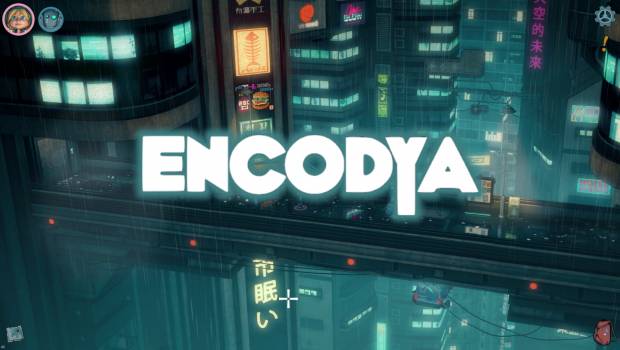 Summary: Encodya, is a charming point and click adventure, that harkens back to the glory days of the Genre. While Grim Fandango this is not, people who love the genre, will love Encodya.

Encodya is a point and click adventure game, in the same vain as Grim Fandango, and Day of the Tentacle. Just by my saying that, I’m sure that you may have made your mind up on whether or not to check out Encodya. Before you make a rash decision, let me tell you why you should play Encodya. 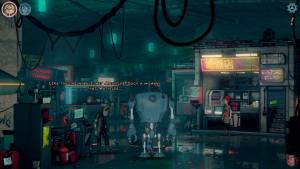 Encodya was developed by Chaosmonger Studio, and published by Assemble Entertainment, and is a continuation of the short film released in 2018 titled “Robot Will Protect You”. As stated earlier, Encodya is a point and click game so, and true to the nature of the genre, Encodya is all about the story, and problem solving. There are set goals in Encodya, for example in the first mission of the game, you need to get the main character Tina some food, in order to do this, you will have to interact with multiple characters, and do a bunch of little tasks beforehand. In this example, Tina and Sam (Her Robot Companion) and no credits, so they need to find food another way. They end up going to an alley and see some leftovers, but there is an electrified puddle in the way. Welp, better go find a way to clip the wires that are making that water impassible. But wait! Now there is a cat eating that food, better go find something that cat can eat so it can leave your precious street lasagna.

Beyond that, there are some little wrinkles I haven’t found in other games within the genre. In Encodya, you control two characters, Tina and her robot caretaker SAM. All of the characters interact differently with both of them, and some of the objectives can only be accomplished by one or the other. This adds a layer of depth to the world, and the overall experience. I loved running through a dialogue tree with a character I found, only to switch characters and here even more about them, or change how I look at them based on the dialogue differences.  This isn’t to say that every character you meet is super deep, but I still enjoyed this aspect. 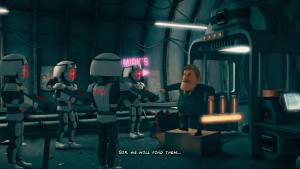 Speaking (Hah, Pun) of the dialogue, this is the main way that the overall story progresses. There are some in game cutscenes though, that are all seemingly used in engine. These are typically reserved for big story beats, and while somewhat sparse, do a great job of adding to the narrative. When it comes to this style of game, really (At least to me) the most important part is the story itself, and luckily Encodya delivers. The journey that Tina and Sam go on had a little of everything, parts that may make you a little angry, but then laugh at one of the ridiculous jokes. Not everything lands in the writing, I personally think there are a bit too many breaking the 4th wall moments, but for the most part it’s all here. The reason this story works, is Encodya does a great job of making the player get invested in the relationship of Tina and SAM. You completely buy into their relationship, and want the best for both of them. Without this, the whole game would fall apart.

Unfortunately, Encodya isn’t the best looking game in the world. This mostly just comes down to inconsistency in the character models. I think the world looks great, and is super stylized, but Tina for example kind of looks like a bad cabbage patch kid. This isn’t a deal breaker or anything, but I felt like it should be noted. The music and sound design though, are completely on point. One of the biggest highlights for me personally. I LOVED the soundtrack for Encodya, and I think you should go out of your way to listen to it. 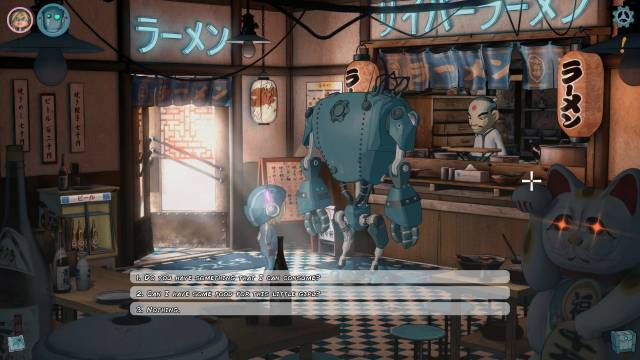 If you like Point and Click adventure games, you should play Encodya, it’s simple as that. The story is fulfilling, the soundtrack is to die for, and there is a whole fun world to dive into. Even if that world doesn’t look the best sometimes.