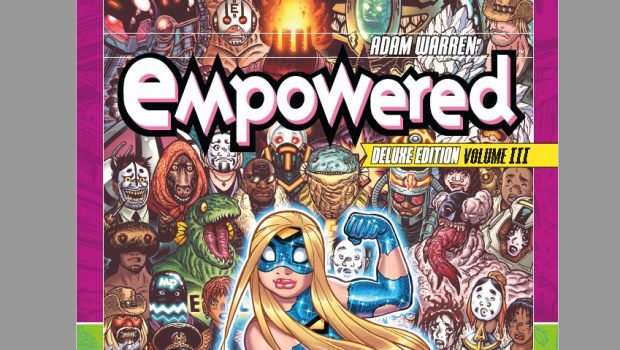 Summary: Fragility is not a trait you normally assign to a superhero... but it certainly fits Empowered.

To say this is a generous helping of Empowered would be an understatement… you get volumes 7, 8 and 9 and bonus artwork and Adam Warren’s notes. Having said that… the focus for the most part isn’t on Empowered at all but rather Ninjette… though Emp does bring it back round to herself in the end… and before some of the stories (who needs a fourth wall anyway). 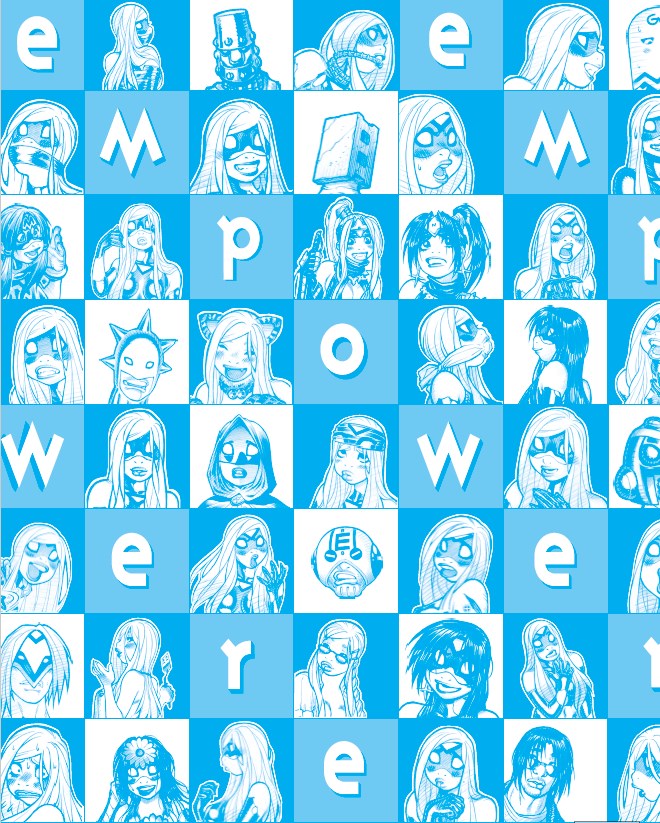 Adam Warren has an ability to write cutting dialogue… by that I mean he can cut straight to issues of self worth or self confidence and then go to some joke and back again. Empowered is a character that has really grown on me and a large part of that is her vulnerability. When you think of heroes you don’t normally think of vulnerabilities (ok you do in the sense of how can they be defeated and in this case we know it’s via bondage essentially) but it actually makes Empowered that much more likeable and relateable. In this collection there is even a sweet scene between Ninjette and Empowered in which Ninjette tries to get to the bottom of Emps failing power and may even have stumbled upon a way to retain the power in the midst of battle… but logic and reasoning don’t always work when emotions take control. 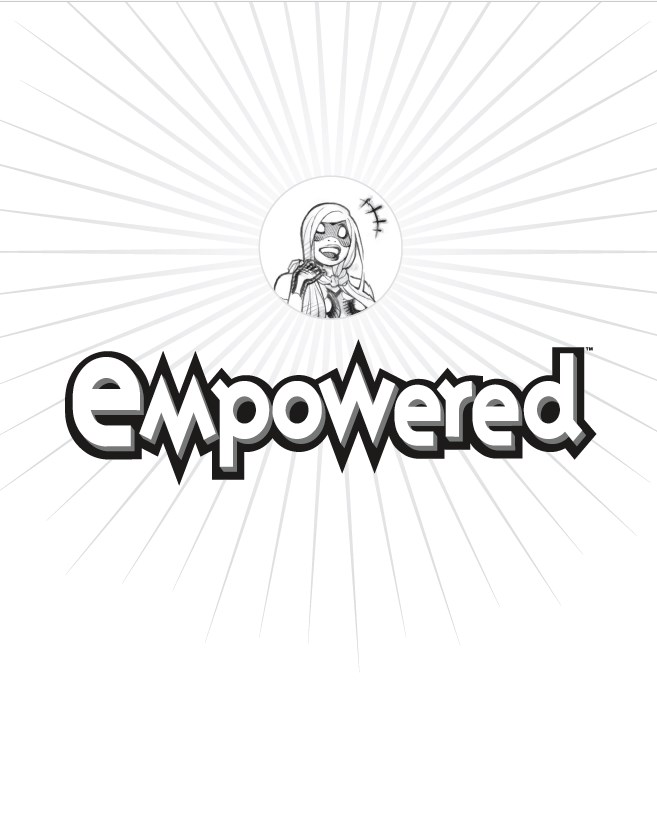 I can understand how Adam would like to farm the art out at least to some extent… how he hasn’t had to make a claim for workers compensation due to R.S.I. I don’t know (other than he would probably have to pay himself out and that would likely defeat the purpose). The images as always are full of detail and lovely to behold. I believe I read somewhere that Adam doesn’t really like using colour because it detracts from the detail in his panels and I can really understand that. I mean I’m normally a big fan of colour and vibrancy but there is certainly a quality to Adam’s work that just lends itself to Black & White… though the cover does look particularly nice :) ! 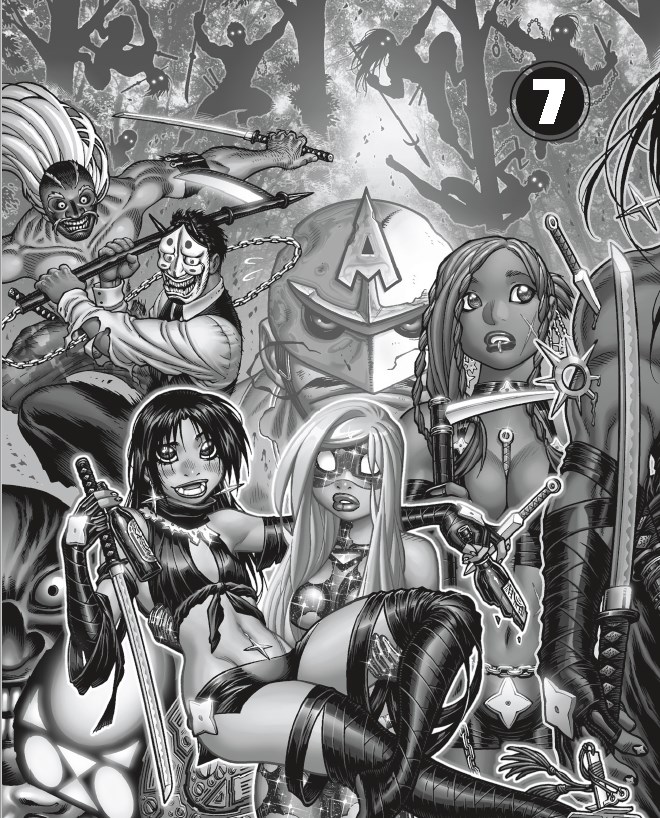 If you’ve read any Empowered before you know what you are getting in to and it’s certainly worth diving in to this wealth of material. If you haven’t read an Empowered comic before this could actually be a great one to jump in on. There’s the standard catch up page/s and you get a pretty good analysis of who Empowered is even when the focus isn’t always entirely on her. 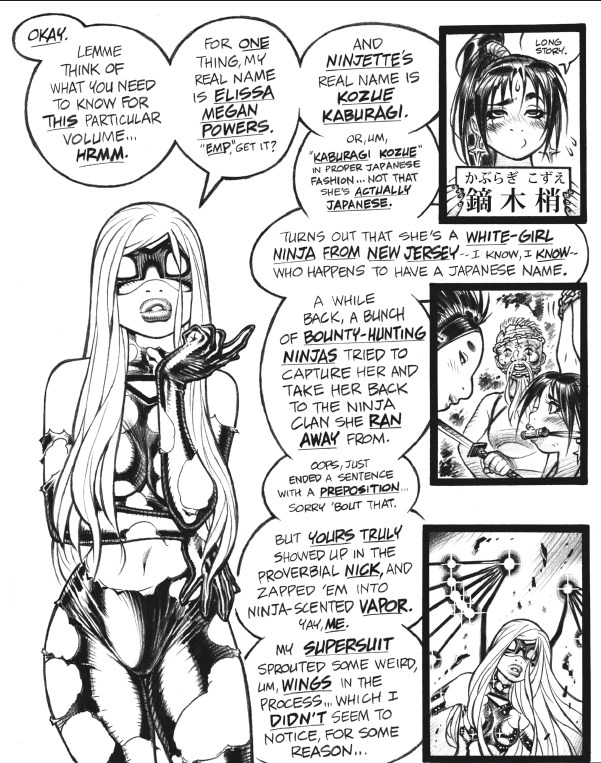