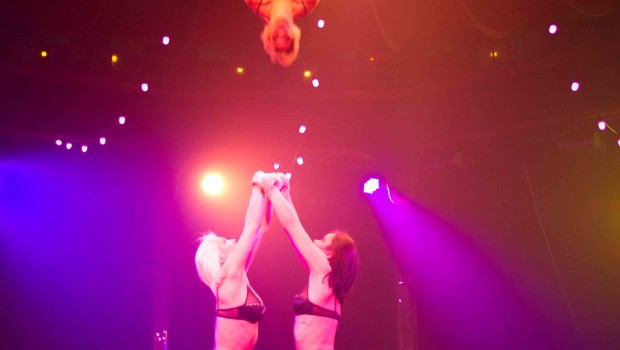 EMPIRE’s breathtaking performances will now entertain Sydney from January 7 until February 16 2014 in the beautiful spiegeltent pitched at the Showring, Entertainment Quarter, Moore Park. Tickets for the new shows will go on sale at 9am on Friday December 20 2013 through Ticketek.

Since EMPIRE by Spiegelworld opened its Australian tour in Sydney in January 2013, it has been seen by over 150,000 people around the country with rave reviews, sold out performances and standing ovations.

Presented in Spiegelworld’s 700-seat antique spiegeltent, EMPIRE smashes the boundaries of circus, cabaret, vaudeville and burlesque, reinventing the genres for a 21st century audience. Featuring the sexiest, most daring artists from across the globe, the show had its world premiere season in New York City during the summer of 2012, where it was the first tented show ever seen in Times Square.