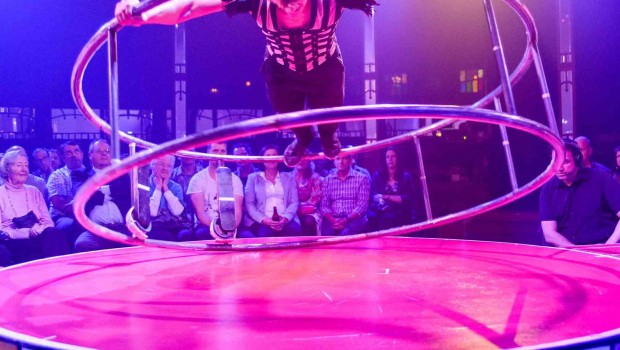 “A repeat viewing is more breathtaking than the first.” – Chris Hook, The Daily Telegraph

“EMPIRE is one of the sharpest shows in the circus/vaudeville genre.  Seeing it again after its debut last year, I found myself more entertained, and more impressed.” – Jason Blake, The Sydney Morning Herald

Due to popular demand, Spiegelworld has announced that the hit show EMPIRE will extend its 2014 Melbourne season for a further three weeks.

EMPIRE’s spectacular artists will now entertain Melbourne from March 11 until April 20 in the beautiful spiegeltent pitched on the Rooftop at Crown. Tickets for the new shows will go on sale at 9am on Friday February 28 through Ticketek.

Featuring the most daring, sexy and skilled performers from across the globe, EMPIRE was created in New York City and smashes the boundaries of circus, cabaret, vaudeville and burlesque, reinventing the genres for a 21st century audience. For the past year, EMPIRE has been wowing audiences around Australia and returns to Melbourne following a sold-out season last year.

Produced by Melbourne’s Ross Mollison who is based in New York, EMPIRE is presented in Spiegelworld’s 700-seat antique spiegeltent.

“I am delighted that EMPIRE is returning to my home town. I am so proud of the extraordinary performers we have in the show and thrilled that we are able to bring our spiegeltent back to the rooftop of Crown,” said Mollison. “It really is the most spectacular place to party on an Autumn night in Melbourne.”