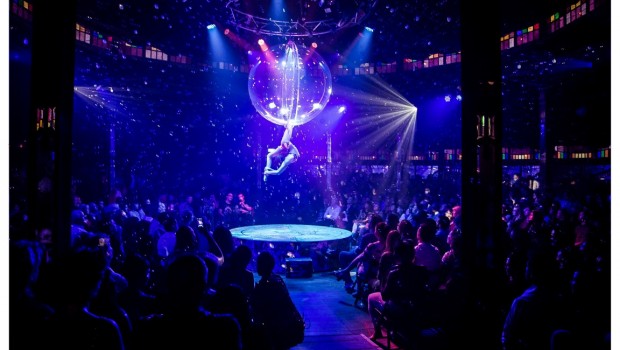 Empire Australia Review … the gods of Olympus have returned to Melbourne

Summary: Empire is like seeing the gods of Olympus come visit Melbourne with Circus, Burlesque & Comedy!

Those amazing circus, vaudeville and burlesque performers from Empire return to Melbourne Australia as these perfect examples of human beings unleash another spectacular show that will leave you laughing, gobsmacked and thoroughly entertained. The show Empire commences in a truly interactive fashion as its performers interact with the audience such as the Lime Green Lady flirting with taken males or the Half Naked Asian Dude Wearing Pigtails giving bald men anime inspired wigs. Their infectious behaviour really helps set the scene for things to come in this must see show! 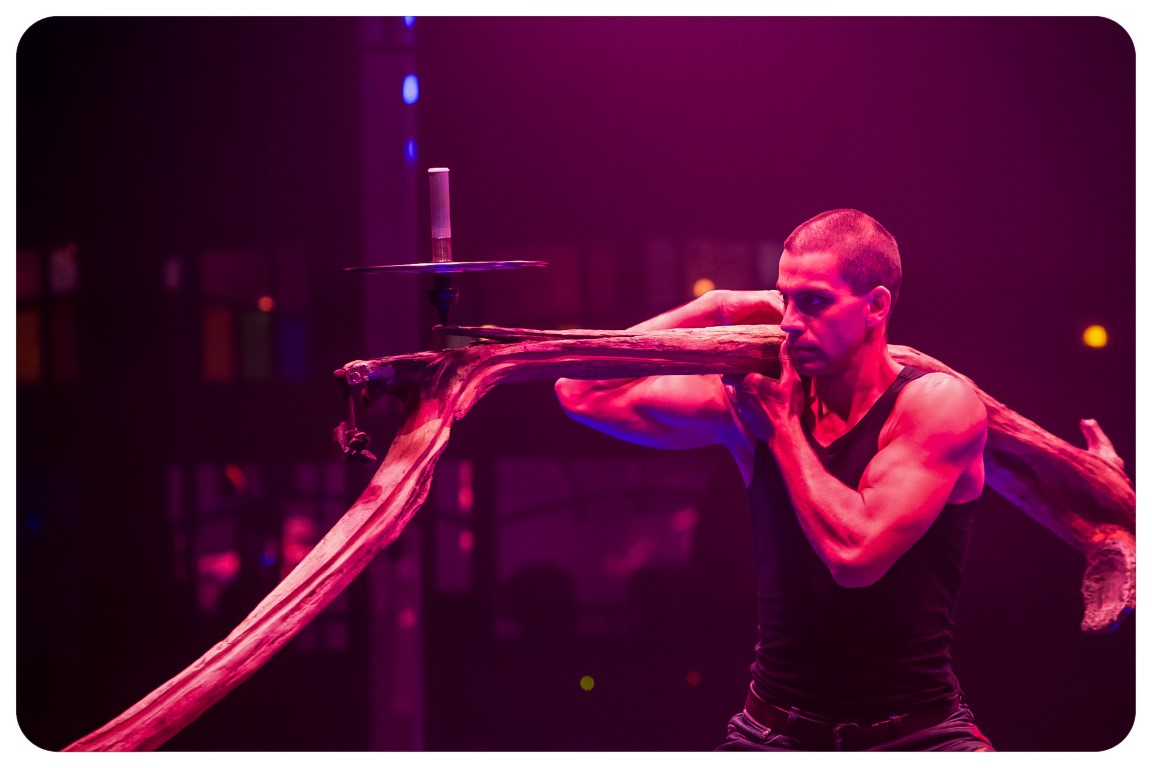 It should also be noted that the names I’m using in this article are actually their REAL stage names and I have not taken some hallucinogenic drug… although maybe someone slipped something into my drink at last night’s opening night. With that said, Empire is like the naughty and sexier version of Cirque du Soleil that breaks up each physical performance with an act of comedy which works extremely well. The show also features live music from Miss Purple (Victoria Matlock) and guitarist Moondog (John Shannon) who give their own unique twist on a number of pop classics from Katy Perry to Alicia Keyes. The music and lighting really contribute to the magic and wackiness of Empire.

The first act is the spectacular and beautiful Miss A in a Bubble (aka Lucia Carbines) who is Australia’s very own contortionist. High above the audience, Lucia contorts her body in some truly and for us mere mortals, humanly impossible shapes as she performs both inside the bubble, including a partially opened bubble. As the live music coincides with her performance, the audience is littered with thousands of bubbles that makes the entire act feel like something out of a fairy tale. 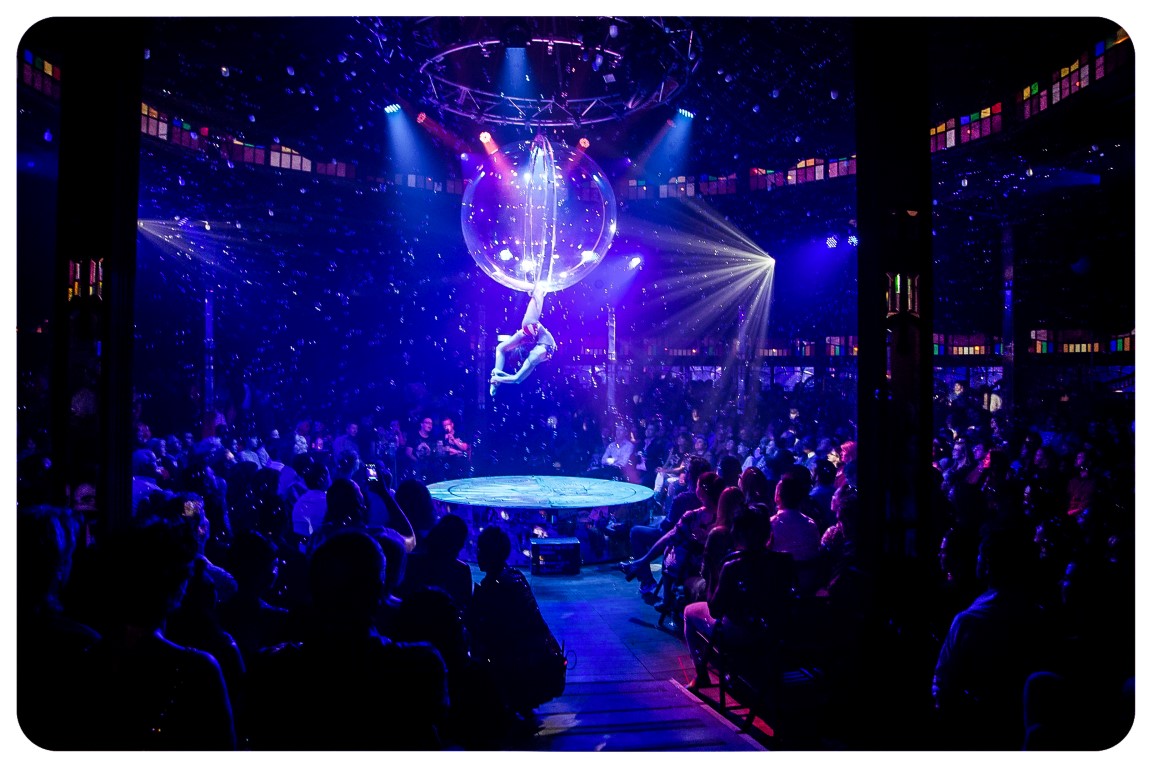 Following Miss A in Bubble are the hosts of Empire, Oscar (Jonathan Taylor) and Fanny (Anne Goldmann) who really rev the audience up with their humour and antics as they perform a mind numbing quick-change routine that somehow ends in a wardrobe malfunction. From here the audience is treated to the 3D Graffiti Guy (Memet Bilgin Rigolo) who somehow manages to balance a spinning top on a large piece of driftwood as he precariously navigates it across the wood. So far, the performances have been quite humble which changes gear when Polka Dot Woman (Mariia Beseimbetova) and Blue Tarpoleon (Denis Petaov) perform a passionate and dangerous performance with roller skates as Blue Tarpoleon spins his partner at high speeds in some amazing positions with the audience just metres away.

After the deft defying performance of these roller skaters, Oscar and Fanny return to perform a rather risque burlesque act that also involves a member of the audience. From merkins to shoe sniffing and all sorts of other strange and overtly sexualised behaviours, the crowd was literally in hysterics, especially at the expense of the “volunteer” Chris. Returning again was Miss A in a Bubble dressed as stripper cowboy who once again contorts her body to some amazing shapes that will definitely question your mind whether the body can really do this. Some of the positions created by Lucia must be seen to be believed.

Taking the audience back to comedy again is the Half Naked Asian Dude Wearing Pigtails (Yasu Yoshikawa) who returns with the Cyr and German Wheel as he spins a gigantic hula hoop (Cyr) and even manages to balance this in his mouth. The German Wheel has been described as a giant hamster wheel that has Yasu moving back and forth on this tiny stage that will leave you astonished at his physical stamina and accuracy. Following Yasu is a beautiful act entitled Hand to Hand that features Carrot Man (Vlad Ivashkin) and Lime Green Lady (Aiusha Khadzh Khamed) in a deft defying balancing act that is not only beautiful but quite passionate. It’s almost like watching two demi-gods courting because of their flawless seductive dance. 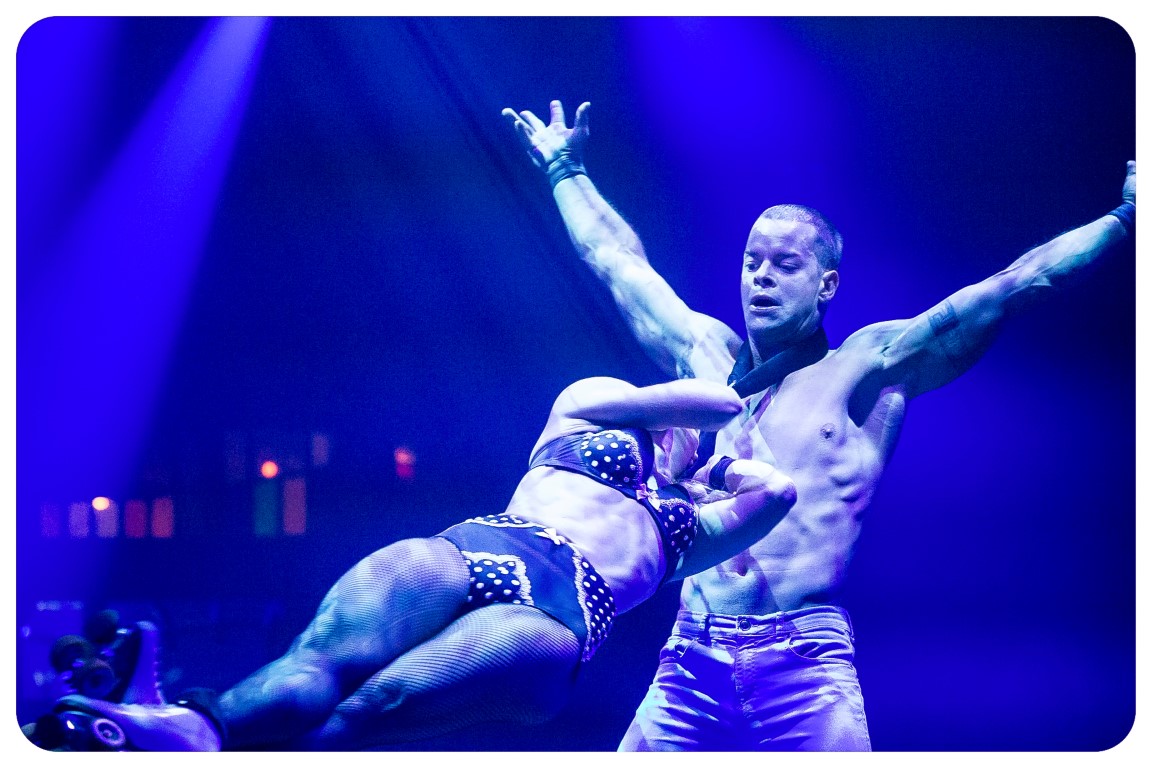 The image of Vlad and Aiusha is soon a distance memory when Oscar and Fanny return again to perform a really entertaining and quite disturbing banana act which involves spitting bananas pieces at each other and then creating a delicious (puke) banana smoothie. This will forever be burned in my memory so kudos to Jonathan and Anne! The finale of act Empire is the the return of Memet as the 3D Graffitti Guy who performs the branch balance. Memet somehow manages to balance 14 branches and a single feather that requires totally concentration, patience and I’m guessing it does help to have a body like Memet. This act really needs to be seen to believed because there are no tricks involved. Empire ends with the performers returning to the stage as Miss Purple and Moondog entertain the crowd with their amazing music skills that is a great hurrah to conclude this thoroughly entertaining performance!

Empire is like seeing the gods of Olympus come visit Melbourne and is truly a spetactular show from start to finish that will leave awesome memories! It should also be noted that there are a couple of other acts that we did not mention and if you want to find out what they are, you will need to grab your friends and family and buy those tickets because it really doesn’t get any better than this!