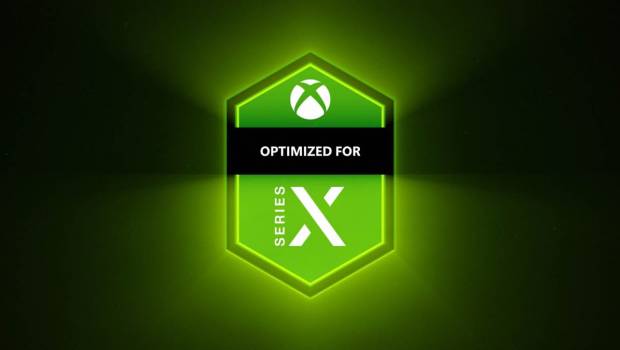 Today, the Xbox team provided details on what it means when a game is optimised for Xbox Series X.

Optimised for Xbox Series X is the indicator for games that take advantage of the full power of Xbox Series X. Offering developers unparalleled power and speed, they are able to create the experiences they want and embrace a range of features and capabilities based on what is best for their individual titles.

The article features commentary from Manuel Fernández, Co-founder and Programmer from Out of the Blue (Call of the Sea), and David Springate, Technical Director at Codemasters (DiRT 5) who detail how the Xbox Series X optimisation allows for precise framerate offerings and faster loading times, getting you into the game quicker than ever before.

Check out the official blurb from Xbox below!

Here at Xbox, we’re building the future of gaming by putting players first, ensuring that you are at the centre and in control of your gaming experience. Whether you’re exploring an expansive library of Xbox Game Pass titles with more than 10 million of your fellow gamers or taking your gaming on the go with Project xCloud, it’s clear that the future of gaming is brighter than ever.

Nowhere is that more evident than with Xbox Series X, our fastest, most powerful console ever. Not only will Xbox Series X set a new bar for performance, speed and compatibility, it will empower the world’s greatest developers to create games that launch us into the future of gaming. Putting players first also means introducing a host of new features and technologies to improve their experience.

Last week, we took a look at Smart Delivery. Today, we’ll be diving into what it means when a game is Optimised for Xbox Series X.

Optimised for Xbox Series X is the indicator for games that take advantage of the full power of Xbox Series X. Since Xbox Series X offers developers unparalleled power and speed, this empowers them to create the experiences they want and embrace a range of features and capabilities based on what is best for their individual titles. When you hear a game has been Optimised for Xbox Series X, you’ll know that the developer has either natively designed or fully rebuilt their game to take full advantage of the unique capabilities of our most powerful console ever.

Let’s take a closer look at what you’ll be getting when you’re playing a game that’s been Optimised for Xbox Series X:

Groundbreaking Visual Fidelity Immerses You in Your Games

Powered by DirectX 12 Ultimate and with support for hardware-accelerated DirectX Raytracing—a first for consoles—select games will produce more dynamic, realistic environments. DirectX Raytracing means that you’ll see true-to-life lighting, accurate reflections and hear 3D spatially accurate acoustics in real time as you explore the game world. Ultimately, DirectX Raytracing enables developers to create more physically accurate worlds.  To give a better feel for what this may look like in practice, we asked Manuel Fernández, Co-founder and Programmer from Out of the Blue to share what they’re most excited about for leveraging DirectX Raytracing in Call of the Sea:

“In Call of the Sea, the island has a great importance as we tell the story as a dialogue between the player and their environment. Thanks to the power of Xbox Series X and DirectX Raytracing, we will have the chance to make the island even more present, almost come to life. Players will have the opportunity to enjoy the island’s stunning environments in beautiful 4K, allowing for a greater immersion and an overall better experience.” – Manuel Fernández, Out of the Blue

Next Generation Framerates Offer the Pinnacle of Precision

Games that have been Optimised for Xbox Series X use the power of the new console to deliver higher, steadier framerates, with a performance target of 60 frames per second at 4K resolution. Some games will even be able to support framerates up to 120 fps or variable refresh rates, allowing developers to offer players heightened realism and more precise controls for fast-paced action. We also talked to Technical Director at Codemasters David Springate about optimising DiRT 5 for Xbox Series X, to give you a better feel for how increased framerates could improve next gen games:

“DIRT 5 is a fast, action-packed amplified off-road racing game and being able to play it with 120fps options on Xbox Series X is incredible. The power of Series X means that the game looks stunning at 60fps, and we’re also able to offer amazingly smooth, responsive gameplay at 120fps while still looking gorgeous. Racing fans know frame rate is king and DIRT 5 will deliver on this. Players will experience the strongest sense of speed and responsiveness at the highest frame rate. It’s such a great, smooth experience – I hadn’t experienced another racer like it.” – David Springate, Codemasters

Faster Load Times Will Get You Gaming More Quickly than Ever

Optimised for Xbox Series X isn’t just about gorgeous visuals and better framerates. It’s also about virtually eliminating in-game load times thanks to our Xbox Velocity Architecture technology. XVA combines a custom solid-state drive, custom hardware and integrated software to greatly decrease load times both in and out of games, meaning gamers will be able to spend more time playing and less time waiting. As an example, for titles that have large, open-world environments, these experiences will feel even more dynamic, as developers will be able to leverage the massive increase in processing power and the ability to stream assets in extremely quickly to not break immersion. Developers will also be able to effectively eliminate loading times between levels and create fast travel systems that are just that: fast. We talked with Mike Rayner, Technical Director at The Coalition to hear what he’s most excited about for leveraging the XVA for Gears 5 and here’s what he had to say:

“As a game developer one of the most exciting improvements that far exceeds expectations is the massive I/O improvements on Xbox Series X. With the Xbox Series X, out of gate we reduced our load-times by more than 4x without any code changes. With the new DirectStorage APIs and new hardware decompression we can further improve I/O performance and reduce CPU overhead both of which are essential to achieve fast loading.  As we look to the future, the Xbox Series X’s Sampler Feedback for Streaming (SFS) is a game changer for how we think about world streaming and visual level of detail.” – Mike Rayner, The Coalition