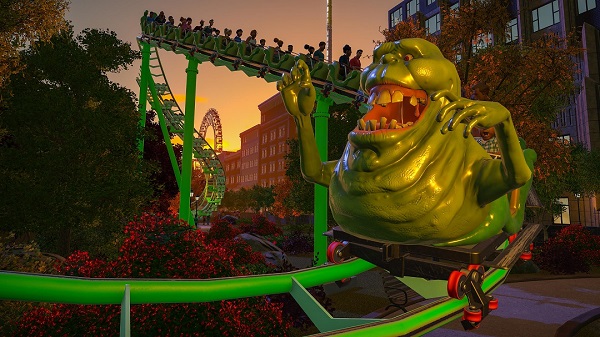 Players can enthral guests with an assortment of new blueprints, a multitude of building materials, and a brand new flat ride and coaster. These are RollerGhoster, a twisting, turning, Slimer-themed kiddie coaster; and The Ghostbusters Experience, an interactive tracked ride where guests bust ghosts and score points as they ride around in the ECTO-1. Players can even take a ride themselves and fire Proton Packs to take down the colourful spirits and spectres in first-person.