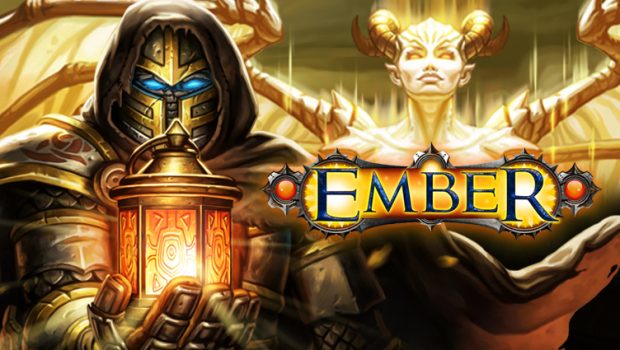 Summary: Ember brings back the RPG love with a budget price.

Let us slay together

I am an old school adventure gamer, forged in the late nights and long weekend game sessions around a table with friends. I often look for games that capture that spirit of adventure, danger, exploration and battles against things most foul. So for sword and sorcery gamers that want to capture those feelings of those games of old, when sword and sorcery ruled the roost, Ember harkens to that. Interestingly enough, the designers took 10 years of loving care on this project, and it shows that respect and feeling towards the RPG vein that inspired the game.

It’s not a new recipe, and it does not have to be. What it does have to do is serve up that gaming recipe and add some spice so it’s fulfilling for the player. Let’s take a look… at Ember. 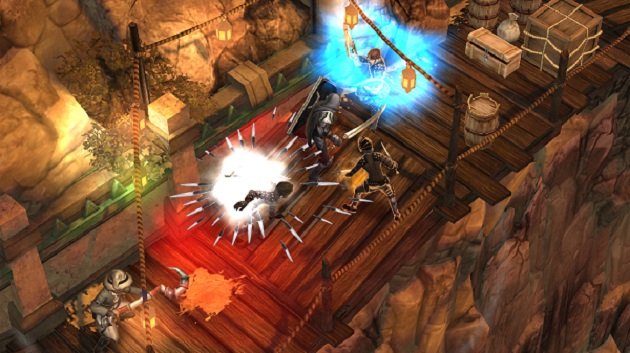 If you played games like Diablo and Neverwinter you will be familiar with the style of how the game is presented.

In the story set up, legends and lore of the gaming world state that at the beginning of time the world was dark, and there was no sun. The skies rained the stars down on this world. These bits of interstellar rock glow with power, so they had been deemed as Embers.

Druids of the time — called Lightbringers — searched the land for these powerful bits of the heavens. Performing some old and long forgotten ritual these Druids called forth the Embers hidden power, which bathed the world in light.

The Embers are the pure embodiment of Magic. A trinity of Magical flame, Light, and Life itself. Of course as the power of the Embers became known, greed crept in the minds of many and the war of the Embers began.

Heady stuff indeed, and an awesome lore for the start of the adventures in this game… Ember.

If the low price point does not grab you, then the surprisingly cool content of the game Ember created by N-Fusion Interactive and published by 505 games will. 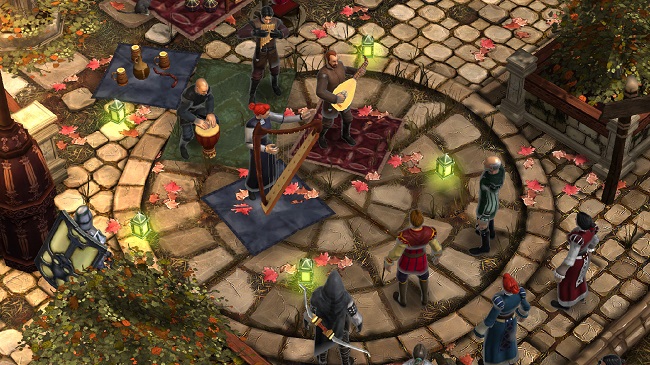 From the get go, the great use of lighting effects and art for the game from environments on to objects, characters and creatures is all a pleasant surprise and very well done.

Environments are diverse and satisfyingly for what a player would want in an epic adventure such as Ember. There are over 20 different environments in the game, from moody atmospheric dungeons, to dark forests with almost magical flickers of light floating about.  There are deep dark areas under ground, areas above ground… players traverse deserts, deep dark abysses, do forested areas. All of this to the ultimate goal of reaching the City Of Lights. A fitting name for a fitting quest ripe with adventure. 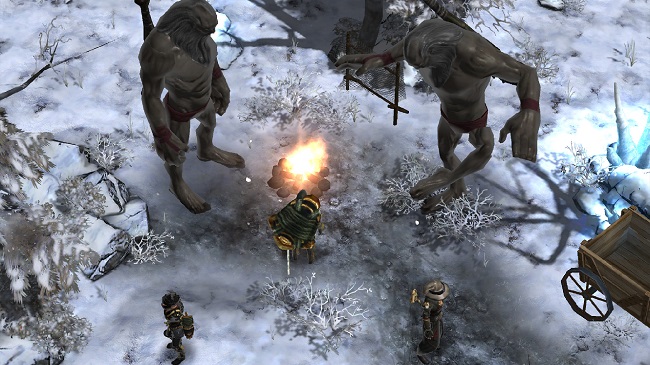 Each of these areas have a lot of interactive things in it, from movable objects, to items that need to be searched or picked up. Let’s face it, part of the fun is the loot on these adventures. From coin to magical items and cool weapons.

The world also has a night and day cycle, and also weather effects which lends itself very well to the overall feel of the game. All of the design comes together with the art, lighting and areas, to give the player either sense of wonder, and anticipation of what’s just beyond the area your exploring, to a bit of dread at what horror may come shambling out at you. The game world is not overly huge, but exploring areas does yield some results. For those that enjoy digging deep and finding everything in an area, you will like digging around.

The player throughout the adventure, encounters other characters of the realm. Each encounter tips the character on a path depending on the choices the player makes. The market material trumpets that Ember very old school RPG and with all of the games offerings I would have to agree.

Now for those that have a fear that the game can be over far too soon, I can say depending on how you play it… and what quests and exploration you do… you are looking at 30 or more hours of gaming goodness here. Ember has around 70 or more quests. Which is sure to keep you playing.

If you have played some of the other games I had mentioned earlier on, like Diablo, then you are going to be familiar controls for movement. Click on a point in the area and the character heads to it.

Combat is pretty good and comfortable. There is even a tactical pause so you can plan things out a bit better on your attacks and defenses.

While a zoom in and out feature assists greatly tactically for the game, there is no rotation. Though I can live with that. 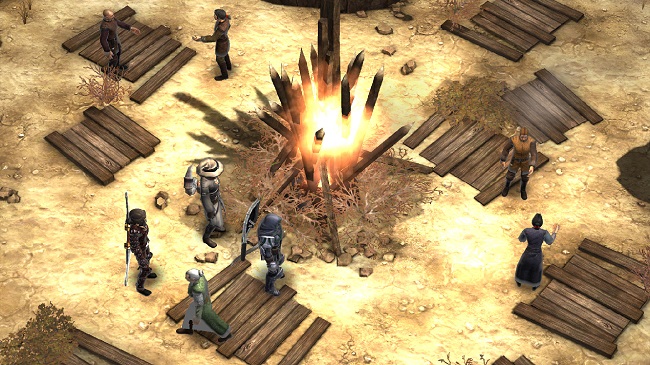 For those that really get into tinkering around with things they discover, players will really enjoy the crafting in Ember. Finding items, checking them over and then finding ways to use them by combining them, it’s all in good fun. Plus the player just may discover some new item by tinkering around.

Crafting in the game covers several different categories.  Those are: Alchemy, Cooking, Woodworking, Blacksmithing, sewing and leatherworking. Each of the categories for the item created has different power levels which are effected by how rare the item is, its cost of the ingredients to create the item.

When it comes to crafting items such as ore ingots, players can always check out a blacksmith. They will sometimes have a limited supply of some ores that the player can use.

If the player wants to get their own ore the old fashioned way they are going to need a mining pick in their inventory in order to mind for the various ores that can be found in the lands. There are at least five types of ore that players can mind for. Mithril, Copper, Iron, Coal and Silver.

It’s a fully packed game that deserves to see some DLC or maybe an Ember 2. It’s a good jaunt for those old school gaming funs that love their sword and sorcery with combat, crafting and cool items and skills.

Ember is worth a go. Have fun, play games.