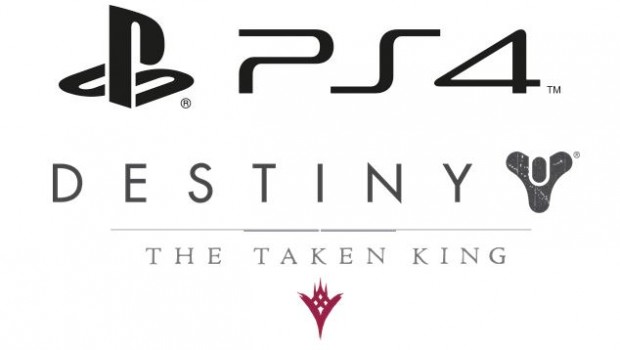 EMBARK ON THE NEXT CHAPTER FROM BUNGIE AND ACTIVISION WITH DESTINY: THE TAKEN KING

Sydney, Australia. — September 16, 2015 — Bungie and Activision Publishing, Inc., a wholly owned subsidiary of Activision Blizzard, Inc. (NASDAQ: ATVI) have joined forces to bring the world Destiny: The Taken King, the epic follow-up to the blockbuster Destiny saga. Building upon Destiny, the biggest new video game franchise launch in history, Destiny: The Taken King expands the universe with a rich and diverse offering, including new adventures, challenges, enemies, and weapons that make for the most ambitious addition to the Destiny universe yet. The Taken King can be purchased now, worldwide, in each territory where available at global retailers, and through console digital stores. Additionally, the ‘King’s Fall’ Raid will go live at 3am AEST on Saturday, Sept. 19, giving millions of players in the Destiny community the biggest new challenge and commensurate rewards to date.

With a new storyline introducing Oryx, Crota’s vengeful father, an all-new destination, three new Guardian subclasses, a massive arsenal of new armor, weapons and exotics, new Strikes and Crucible maps, and the new ‘King’s Fall’ Raid that will put players to the ultimate test, there has never been a better time to jump in to “Become Legend,” particularly for new players beginning their journey as a Guardian. The Taken King major expansion takes players deep into the chambers of a new destination, the ‘Dreadnaught’ ship, to defeat Oryx, and his Taken Army.

“The biggest new video game franchise launch in history is back!” said Eric Hirshberg, CEO of Activision Publishing. “For the millions who have been playing Destiny already, The Taken King offers epic new adventures across all modes of play, with all-new enemies, destinations, weapons and challenges. And if you’re new to Destiny, this is the perfect time to jump in, by getting all of the incredible adventures of Destiny to date in one epic Legendary Edition for a value that won’t be seen anywhere in gaming this year.”

“Destiny has the best and most passionate community we’ve ever seen at Bungie. As we started planning for year two, we wanted to surprise, engage and challenge those that have put in hundreds, if not thousands of hours of their personal time in to the universe,” said Luke Smith, creative director for The Taken King at Bungie. “We hope The Taken King will exceed the high bar of expectations from our voracious audience, and welcome new Guardians into this next great chapter.”

For players who are new to Destiny, everything needed to jump in is available in the Legendary Edition which includes content for: Destiny, Expansion I: The Dark Below, Expansion II: House of Wolves, and features The Taken King offered at a suggested retail price of $99.95. Those who have already purchased Destiny and both expansions can purchase a digital copy of The Taken King by itself for a suggested retail price of $69.95. At launch, PlayStation® gamers will also receive access to a host of additional content for The Taken King, including a Strike, a Crucible map, three sets of armor and an exotic weapon, timed exclusive until at least Spring 2016. Both The Taken King and the Legendary Edition will also include a character boost, called “Spark of Light,” a one-time increase to level 25 which is the minimum level required to play The Taken King content.