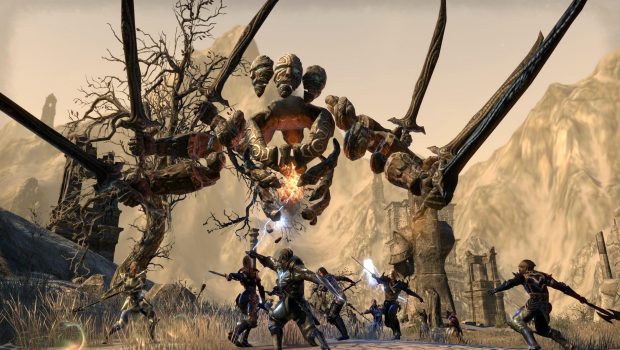 We’re thrilled to announce that Bethesda will host a Free Play Week for The Elder Scrolls Online starting tomorrow and running all the way through April 18 across all platforms, including PlayStation 4, Xbox One, PC, and Mac. That’s seven full days for players to adventure through Tamriel, build and grow characters, conquer Delves and Dolmens, and unravel another incredibly epic Elder Scrolls saga.

Maybe you’ve been reading about our enormous new Chapter, The Elder Scrolls Online: Morrowind, coming June 6 or you’ve heard about how players at Game Informer, MMORPG.com, and MassivelyOP.com all voted ESO the ‘Best MMO of 2016’ and wondered what you might be missing. This is the best chance to find out for free and hone your skills before heading back to Vvardenfell in June.

The Free Play Weekend will include:

Whether you’re looking to quest online with your friends, or just want to head back to Tamriel by yourself for another epic Elder Scrolls adventure, ESO provides you the freedom and flexibility to play how you want to play.

How and When to Get into the Free Play Week

Steam, Xbox One and PlayStation 4 players can begin downloading tomorrow at 10am eastern.

Players should navigate to The Elder Scrolls Online: Tamriel Unlimited on the PlayStation Store, the Xbox Store, or Steam and download the game. Once the game is downloaded and players have created an account, they can login and play immediately.