Apart from the infinitely meme-able announcement trailer, I’ve maintained total radio silence to avoid any major spoilers for what is undoubtedly one of my most anticipated games for next year. But an opportunity to try Elden Ring ahead of its release? The recent closed network test was a no-brainer to avoid going hollow (heh) and be one of the first to join the ranks of the Tarnished.

Here are some of my preview highlights you may be eager to learn ahead of the game’s 2022 release.

One thing I’ve always loved about Demon’s Souls, Dark Souls and Bloodborne is their intricately designed hub and zone areas. You could lose yourself in a tantalising labyrinth of secret passages, deadly dead-ends and haunting environments that were huge in scale, yet still all cleverly connected together.

Elden Ring’s premise of an open-world initially was not my preference, for many games offer large explorable spaces that look pretty, but ultimately lack meaningful content. However, when I finally emerged from the starting tutorial area, and saw vast fields filled with activity, ruined wonders and a giant Erdtree looming on the horizon, the unique appeal of an open-world Souls game kicked in. 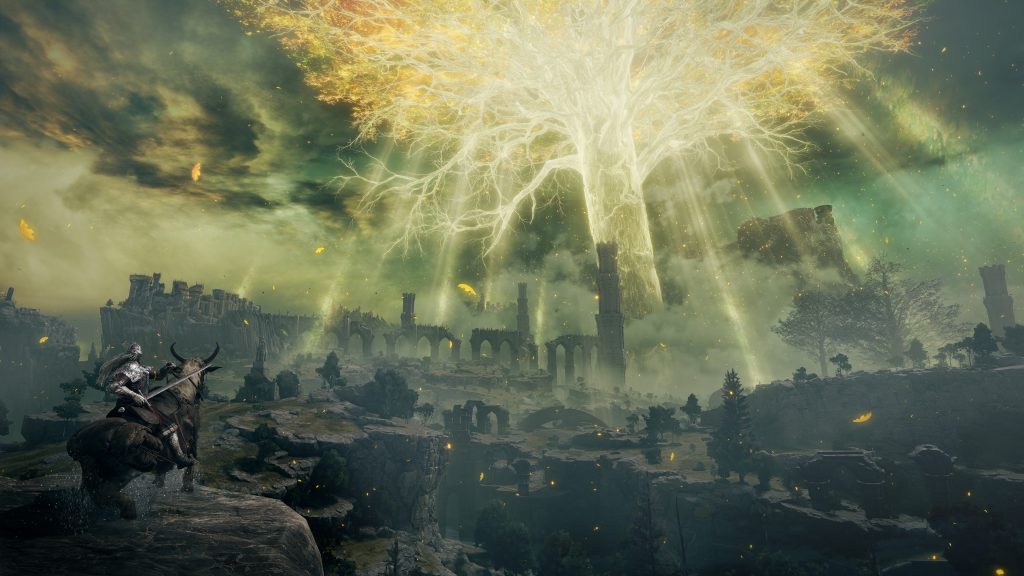 There was a lot to find in this network test, which provided free reign to explore the mysterious Lands Between and go in any direction… mostly, as there were solid white walls of light preventing exploration in the eastern part of the starting map (just for the beta). Given that open-world games love to talk up exploring the landmarks you can see in the distance, I ignored the main road leading north to try and see if I could reach an island positioned just off the western coastline.

To my surprise, I discovered several areas off the beaten path that, upon first glance, looked like they were in areas out of reach. The opening plains end sharply at the edge of a cliff, with the beaches a fair drop below, but I was able to make the jump and discover a side dungeon with unique enemies (scary goblin creatures) that guarded a secret underwater path to the island just off the coast. I also found a deadly tomb with a gargoyle-like end-boss, and a cavern at the end of a long river where an enigmatic but friendly NPC warrior saved me from an invader and spouted obscure advice in a gravelly voice, in typical FromSoftware fashion (I say this lovingly).

There were many interesting areas full of items, new weapons, and bizzare enemies that gave me confidence Elden Ring’s open-world has plenty to discover – and this was all off the critical path! Nothing was telegraphed, at least this early on, but my curiosity was thoroughly rewarded.

Bosses don’t just lurk at the end of dungeons

FromSoftware has typically kicked their Souls games off with a nearly unbeatable boss to put most players in their place, and Elden Ring looks set to continue that tradition, with a twist. Just moments earlier after I exited the opening tutorial area, I approached a knight patrolling on horseback near the entrance, thinking he was part of a trash mob. Turns out he was also a full-fledged boss, who promptly one-shotted my Tarnished like the maiden-less fool I was.

Perhaps the most ‘GG’ moment of my playtime turned out to be part of a ruined temple at the bottom of a dried-up lake, leaning against the cliffside. The area appeared lifeless, but upon closer inspection ended up being a nesting ground for hibernating gigantic enemy crabs. Just when I panicked to ride away, the Flying Dragon Agheel came crashing down to spoil my getaway. Not some random enemy spawn, but a powerful (and horrifyingly persistent) boss.

There were still plenty of traditional bosses to find in the Network Test awaiting players at the end of each dungeon and along the critical path (who I could not beat the entire session), but the knowledge there are these sorts of super powerful enemies to fight in the open-world is a delight.

Combat and customization is solid, with some added flair

The network test provided the choice of four preset builds to play around with, and for the most part melee, ranged and magic combat systems, as well as attributes, bonuses and diversity of weapons and spells remained largely the same as Dark Souls 3.

You have your flasks for health and mana, and Sites of Grace (a.k.a. bonfires) to rest up, restore and level up. This is far from a bad thing, though I was surprised at how little had been overhauled to differentiate Elden Ring. 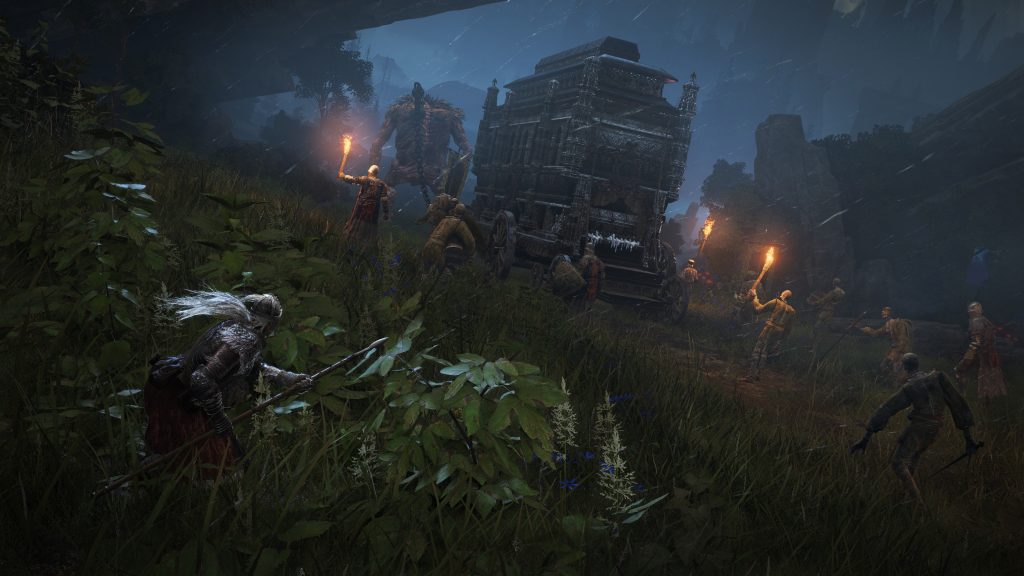 For this network test, I rocked a heavily-armoured build (Bloody Wolf), complete with large bastard sword and small shield, and went to town with well-timed parries and sweeping swings. There is a slightly expanded stealth system, where you can crouch low and sneak behind enemies for devastating one-shot blows. At the front of Stormveil Castle, I also took on a much larger amount of humanoid enemies to fight at the same time than past From Software games.

For boss fights, I took advantage of several Ashes of War abilities (think Dark Souls 3’s Weapon Arts) to unleash special, powerful attacks upon bosses, including lightning bolts from the sky and rapid-fire thrusts. There were plenty to find as loot or rewards during my exploration, so my hope is the full release of Elden Ring expands upon this familiar system to offer greater RPG depth.

You can ride into the sunset

Controlling your Tarnished and moving around, whether in exploration or combat, is extremely similar to Souls games both mechanically (controls) and aesthetically (animations). You can also jump far easier and more smoothly than what was previously possible. The biggest new addition is a spectral steed called Torrent, an ethereal horse that can be used to traverse the map fast, as well as scale difficult terrain. 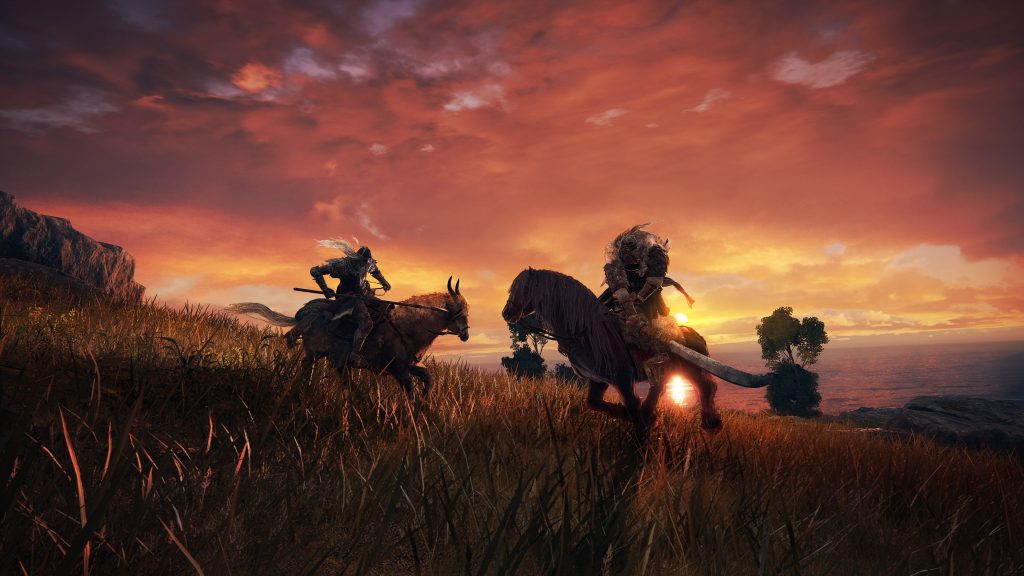 The riding mechanics in Elden Ring felt smooth and proved useful, given how sprawling the world is in comparison. You can attack enemies while riding, though your mount is not invincible, and you can be easily smacked off horseback and into the middle of an aggressive mob.

What will be interesting in the full release is the possibility of using your mount to your advantage during open-world boss battles. Torrent helped me survive blows from the Flying Dragon Aghee, which made for some epic recordable moments, though I was too low-level to keep him alive.

Dark Souls 2 is often regarded as the weakest of the original series which started it all, but I loved it the most for its emphasis on player-vs-player (PvP) multiplayer scenarios in addition to the franchise’s iconic co-op system, where you summon players from sigils left on the ground.

Elden Ring continues the focus on both co-op and competitive multiplayer, much to my delight. I was given items to both offer my assistance to players looking to summon other Tarnished into their worlds, and seek out players looking to for a more challenge, with support for up to 4 players in one world at the same time. 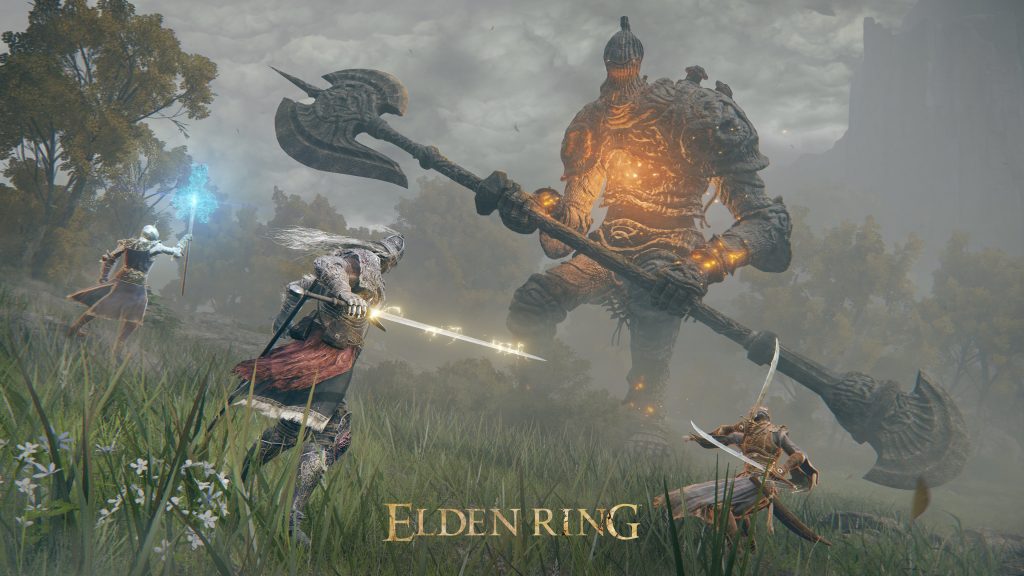 During this network test, I was unfortunately unable to find others willing to join my world, but when I did join a few lucky souls to help them fight bosses, the connection was smooth, and experience as adrenaline-packed and full of messy deaths as ever. And yes, there were plenty of messages left behind by other players using the classic, but forever funny ‘illusion wall, hit here’ bait-and-switch.

Elden Ring is undoubtedly a continuation of the tried-and-true Dark Souls formula. It shares many of the same combat and role-playing systems, ‘invasion’ style multiplayer mechanics, and several of the same animations and sound effects, just with a shiny new coat of paint on top.

It won’t please everyone, and I’ll admit I had hoped for a more drastic overhaul, but the ambitious leap into an open-world setting, and the refinement of its very iconic combat and multiplayer systems looks set to satisfy long-time fans come its final release in February 2022 on PlayStation 4 & 5, Xbox One/Series S & X, and Microsoft Windows.