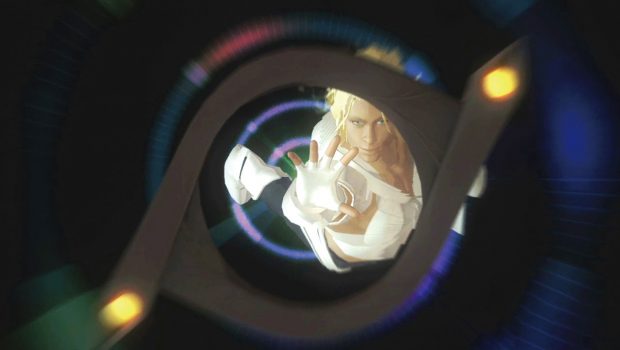 Developed by the hugely talented, Tokyo-based team, Crim, headed by the legendary Sawaki Takeyasu, the Steam PC version of El Shaddai: Ascension of the Metatron is targeted to be released worldwide in mid-April 2021. Acclaimed on its release 10 years ago by the leading world media, who honoured it with top marks and a list of credits, the PC version will show how truly ahead of its time it was.

El Shaddai: Ascension of the Metatron combines many genre elements with its rich and detailed storyline, its glorious anime style graphical presentation that changes dramatically as the player progresses through a totally mesmeric experience. With the recent rise of the graphical novel games, what is offered within El Shaddai goes far beyond these confines in that action, strategy and platforming are just a few of the challenges and exciting dangers that unfold.

The story is inspired by the apocryphal Book of Enoch, and follows a scribe seeking seven fallen angels to prevent a great flood from destroying mankind. He is helped in his quest by Lucifel, a guardian angel in charge of the protection of the world who exists outside of the flow of time, alongside four Archangels: Michael, Gabriel,  Raphael and Uriel.

One important aspect of El Shaddai is fighting /confrontations and a plethora of moves and actions must be learnt to be able to progress. Guard Break is effective against enemies as  the name implies against guarded locations. Counter Attack, Unarmed Attack, Double and Single Jumping, Dive Attack and Special Airborne Attack are a few agile and subtle moves. Stealing Weapons,  along with a combination of Special Moves, add an intuitive learning curve to the game. Add Boost Skills and this one aspect of El Shaddai adds another dimension to the exploration, and interactive journey the player undertakes.  There are many surprises in the story be it the storyline, the backdrops, the cast of amazing characters.

Enoch proceeds through various levels in each chapter, battling enemies along the way. Level types include Battle Stages. Movement stages – is where the player controls Enoch and will perform various actions as you make your way through a movement stage. Enemies may appear at times resulting in combat within the movement stage, and at others switching the location to a battle stage. Battle In Movement Stages – use Enoch’s abilities to defeat the enemies or avoid combat, as you proceed through movement stages. Action Stages – some stages require carefully timed and executed jumps to progress. Leap your way through stages taking care not to fall.

The complexities of combat are further extended not only with the weapons chosen and there are three types each with its own qualities, each superior or inferior to each other, like the classical game ‘rock, paper, scissors’. Choosing the right one is very important.

Enoch’s health is represented by the condition of the armor he wears which consists of five parts, each with its own amount of endurance.

Producer –  Sawaki Takeyasu (“Devil May Cry”, “Steel Battalion”, “Okami”, “Fatal Frame: Mask of the Lunar Eclipse”, “Infinite Space”, ”God Wars”, “The Lost Child”) “ The complexities and intricacies of El Shaddai can be seen, played and viewed on many levels, and enjoyment and satisfaction  can be achieved by everyone and more importantly each time you play and immerse yourself within the world you will see and maybe learn something new which will help you complete the journey!”