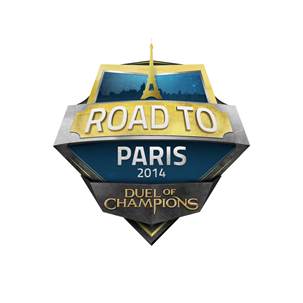 The Live Quarterfinals, Semifinals and Grand Finals will be broadcasted on Saturday, November 15th, 2014 from 10am to 6pm (Paris Time) on Twitch at the following address:  www.twitch.tv/duelofchampions.

The eight qualified players from around the world include:

To learn more about the Road to Paris competition visit: https://road2paris.com/

For more information on Might & Magic Duel of Champions and to play the game visit: www.duelofchampions.com.