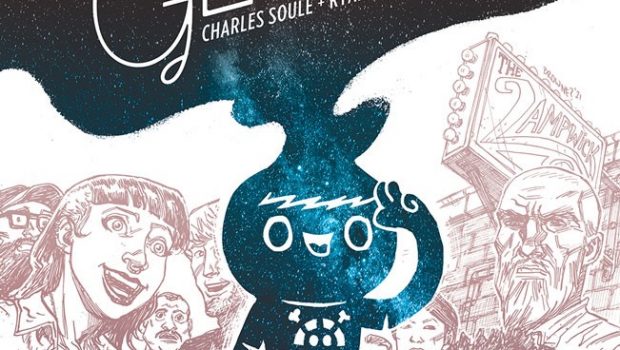 “Back in 2017, Ryan Browne and I launched our epic mega-series Curse Words through Image Comics,” said Soule in an exclusive on the announcement with ScreenRant. “We didn’t think we’d ever do anything wilder or bigger or with as many possibilities for the story to go absolutely anywhere. Now, almost exactly five years later… we’ve gone and done it! Eight Billion Genies is both of us working at the top of our games, using everything we’ve learned about making comics to execute the craziest premise we could think of. Eight Billion Genies is a high-wire act for us as creators all the way through—literally on any page the whole thing could unravel. But it doesn’t—it just gets better, with every single issue. This is a thoughtful book about all of us, our lives and desires, and this particular moment in history—but it’s absolutely drowning in genies, too. And jokes! Lots of great jokes. It’ll make you laugh, cry, think… and wish. It’ll definitely make you wish. Can’t wait for everyone to see it.”

This new story asks readers, If you had one wish…what would you wish for? Now, what if everyone else had one wish too? In Eight Billion Genies, at exactly the same moment, it’s exactly that which happens: everyone on earth gets a genie and one wish. Of course, all hell breaks loose, in a very entertaining way…and that’s just the beginning. Buckle in for the wildest ride of the year!

Browne added: “With Eight Billion Genies, Charles and I have created the ultimate hypothetical thought exercise. There are infinite ways for this scenario to play out, and I think we have focused on a direction that shows us a lot about humanity and how we balance our personal desires with that of the greater good. Also, when I realized that children get a wish… well… that gives me the license to draw any weird thing I want flying around in the background! THAT’S my wheelhouse—Charles can figure out the serious stuff!”

Eight Billion Genies #1 will be available at comic book shops on Wednesday, May 11:

Eight Billion Genies #1 will also be available for purchase across many digital platforms, including Amazon Kindle, Apple Books, and Google Play. 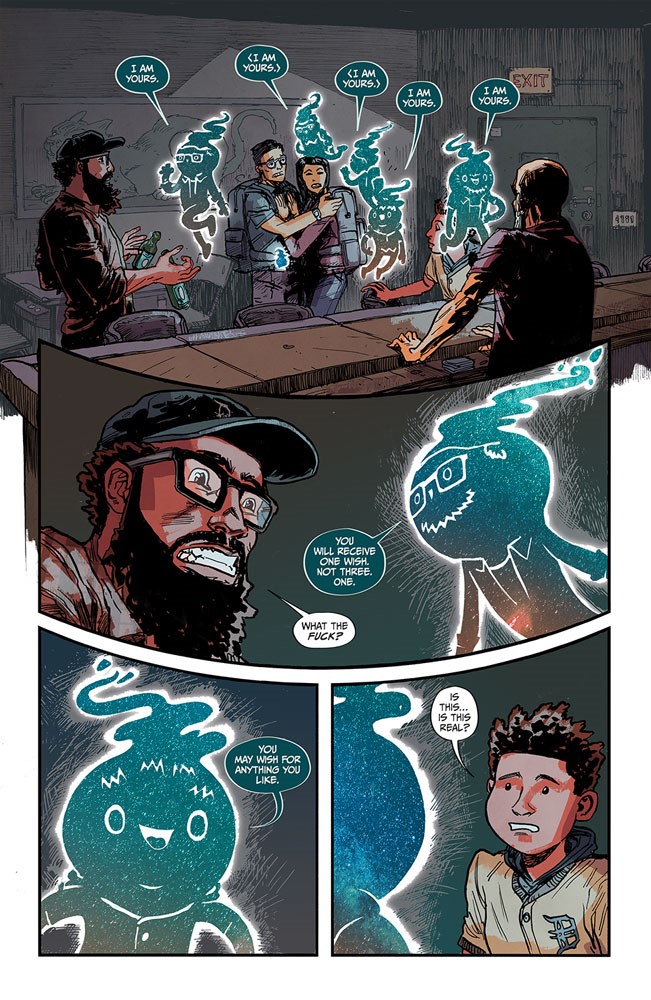 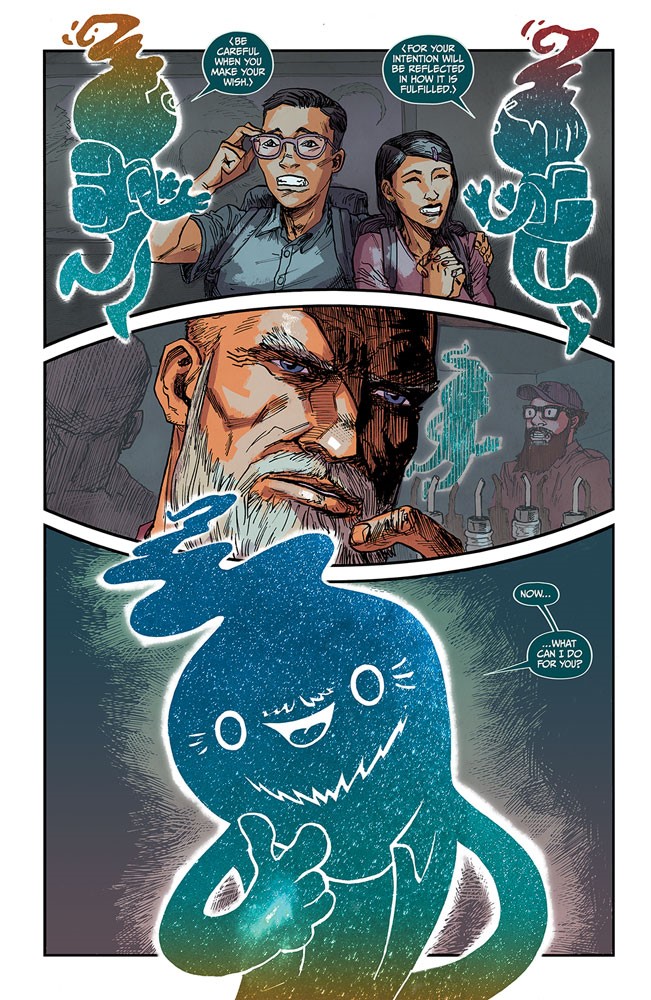 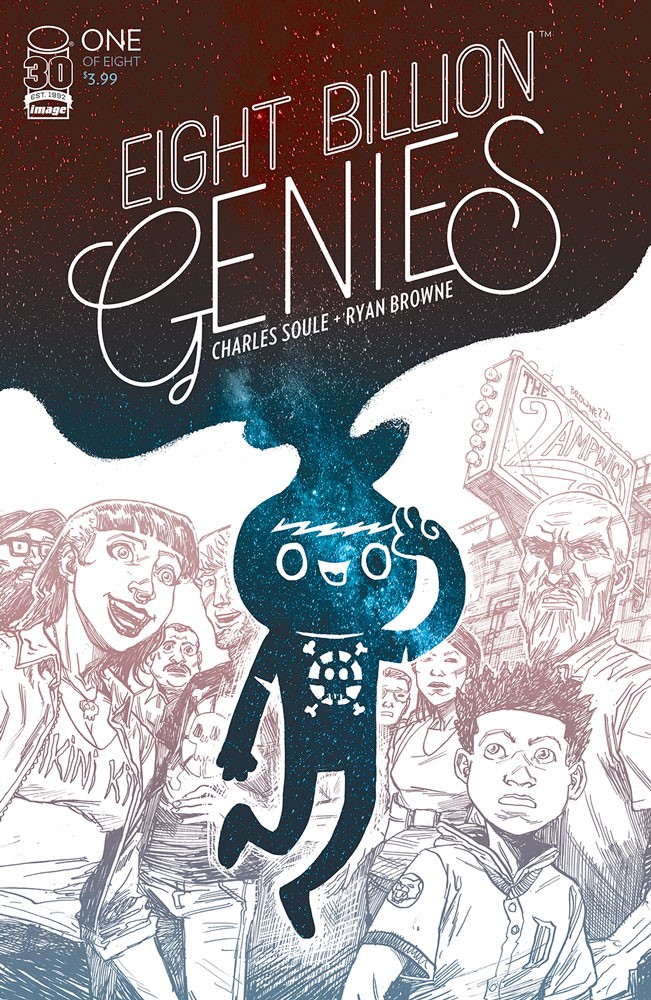 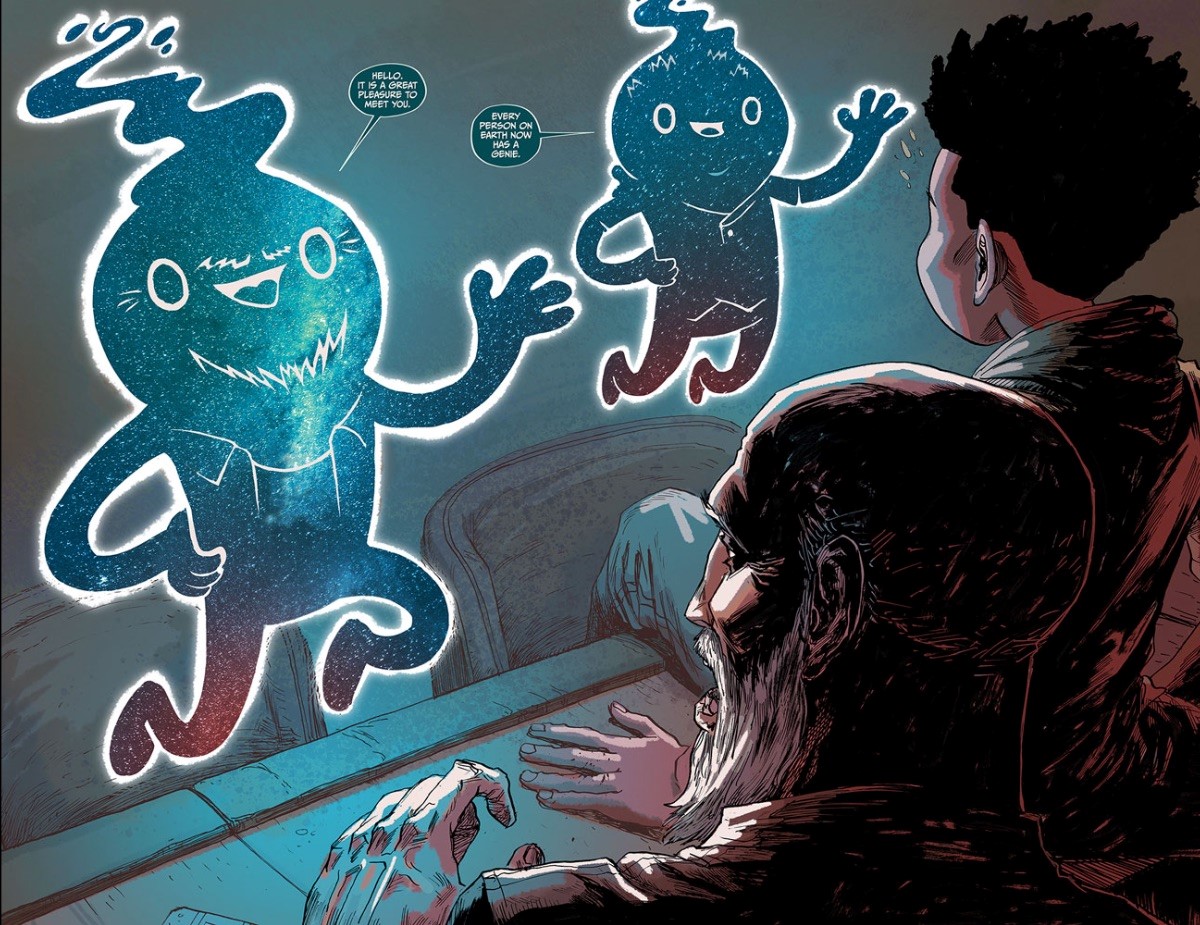