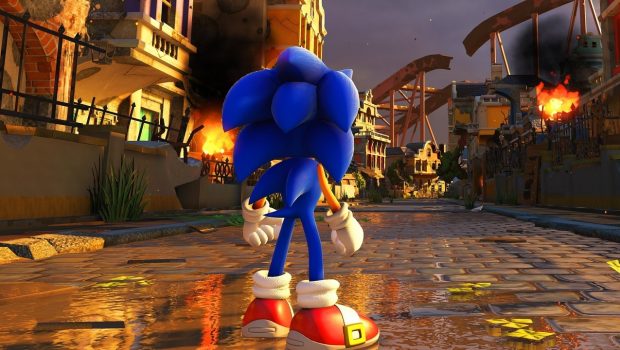 Eggman is at it again! In anticipation of the 7 November release of Sonic Forces™, evil genius Eggman and the world’s edgiest hedgehog, Shadow, have taken over the official Sonic the Hedgehog Twitter account to drum up recruitment for the robot army. But Sonic fans, don’t be fooled! Should you choose to side with Eggman and his villains, you will be doomed (or lucky enough) to live a formatted life of logic and servitude as robots in his evil empire, as shown in Eggman’s propaganda-filled video here.

In other Eggman news, the latest chapter in the Sonic Forces digital comic series scripted by Ian Flynn is now available and features Shadow and Omega working together to battle against Eggman and Infinite’s villainous tactics. Fans can read this third chapter, titled “Looming Shadow,” along with the two previous chapters here. The fourth and final chapter in the series will be unveiled soon, so stay tuned!

From the team that brought you Sonic Colours™ and Sonic Generations™, Sonic Forces has players experience fast-paced action as Modern Sonic, catapult past perilous platforms as Classic Sonic, and use powerful new gadgets as their own Custom Hero Character. The game will be available for Nintendo Switch, PlayStation 4 and Xbox One on 7 November.