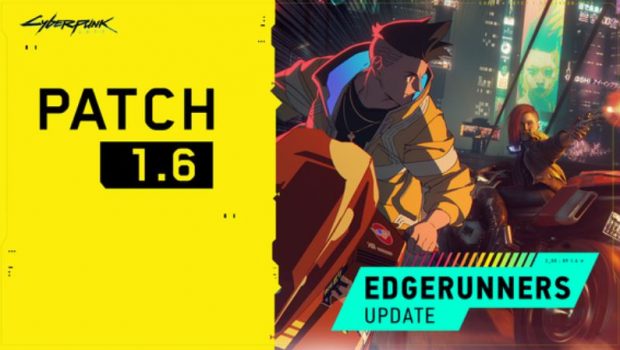 CD PROJEKT RED has announced the release of the latest update for Cyberpunk 2077, bringing players a host of new features, as well as tie-ins to the upcoming anime Cyberpunk: Edgerunners, created in collaboration with Studio Trigger.

The latest episode of Night City Wire revealed additional details regarding the now-live Edgerunners Update — also known as Patch 1.6. Taking its name from the forthcoming anime Cyberpunk: Edgerunners, the latest update includes equippable items seen throughout the show, which is coming to Netflix on September 13th. Players exploring Night City will be able to find the iconic jacket worn by protagonist David Martinez as well as a shotgun used by a character from the show.

The highly community-requested transmog system, or Wardrobe, is now accessible from any of V’s apartments and safehouses. Players will have the ability to save up to six outfits that can then be viewed and selected from the inventory. Alongside this comes a cross-platform progression function, meaning saves can be uploaded to the cloud and seamlessly continued on a different platform.

Learn More about the Edgerunners Update

With this update also comes the ability to play Roach Race at any of the arcade cabinets throughout Night City. This minigame stars the beloved figure of Roach as she gallops, jumps, and glitches through locations from The Witcher series of games in an endlessly scrolling 2D platformer. High-scorers can expect prizes in the form of Eurodollars and items, and those who wish to play outside of Cyberpunk 2077 can also download Roach Race for free on iOS and Android. The mobile version of the game, developed in collaboration with Crunching Koalas, allows players from across the globe to compete in online leaderboards.

Another animal receiving a bigger role thanks to the Edgerunners Update is Nibbles the cat, whom players have already had the chance to meet and even adopt. With this update, Nibbles is now available to pose in Photo Mode. Apart from these features, there are also additional weapons, quests, and some new secrets to uncover in Night City. The latest REDstreams, which picked up after the conclusion of Night City Wire, was dedicated to showcasing an in-depth look at what’s coming to the game.