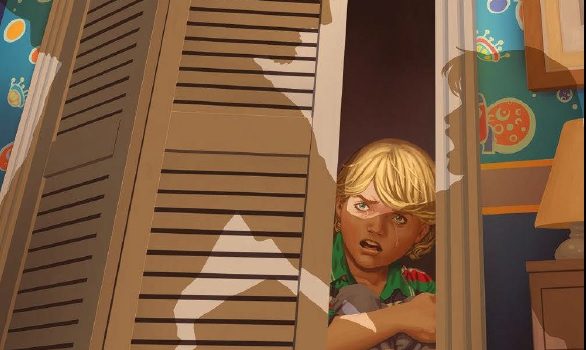 Summary: Fred Martin wakes up to discover he has time traveled to the past with the impossible opportunity to right the wrong that ruined his future. But to prevent murder, will he commit murder?

Fred Martin has woken from a coma to discover that he has travelled back in time, providing him the impossible opportunity to right the wrong that ruined his future. But to prevent the incident which crushed his life, is he prepared to commit murder? Hitting the stands in November, Dark Horse brings you Echoes, an original fantasy graphic novel written by Mike Richardson, illustrated by Gabriel Guzman and with colours by Java Tartaglia.

March, 2017. Fred Martin is a man with a big mean chip on his shoulder. Having never known his father, Fred has been in and out of foster homes since the age of six. After witnessing the brutal murder of the one he held closest to his heart… his mother, he has been left with distaste for his life and every person in it. 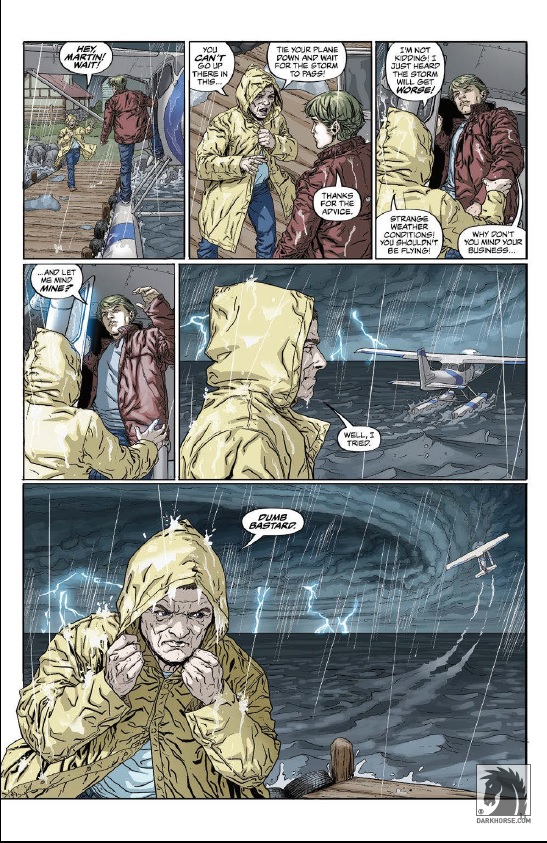 As a fierce storm begins to brew in the skies a very high paying client hires Fred (who works as a pilot for a small seaplane charter company), to take wing through the violent weather to a nearby island. But as the realisation sets in that this was a bad idea, an eerie lightning bolt strikes the plane causing it and Fred to plummet into the deep waters below.

November, 1986. Having survived the plane crash, Fred wakes up from his coma to discover that he has travelled thirty years into the past, to the exact time period that his life was turned upside down. In a race against time, in a story of second chances, he sets out to change his future by finding his mother and stopping her killer.

Echoes is a tale about nature vs nurture, highlighting how one event from the past can shape a person’s future. Over the course of the ninety page novel, the well-written and well-paced story allows you to build a strong relationship and deep empathy with Fred and his mother.  You will feel all of the emotions oozing from each of the characters and the end of the comic wraps up well. While Fred’s quick acceptance that he is in the past and the unnatural cause of the storm (or even what it was) are glazed over, the story in general encourages the reader to use their imagination to create their own theories. Which you undoubtedly will! 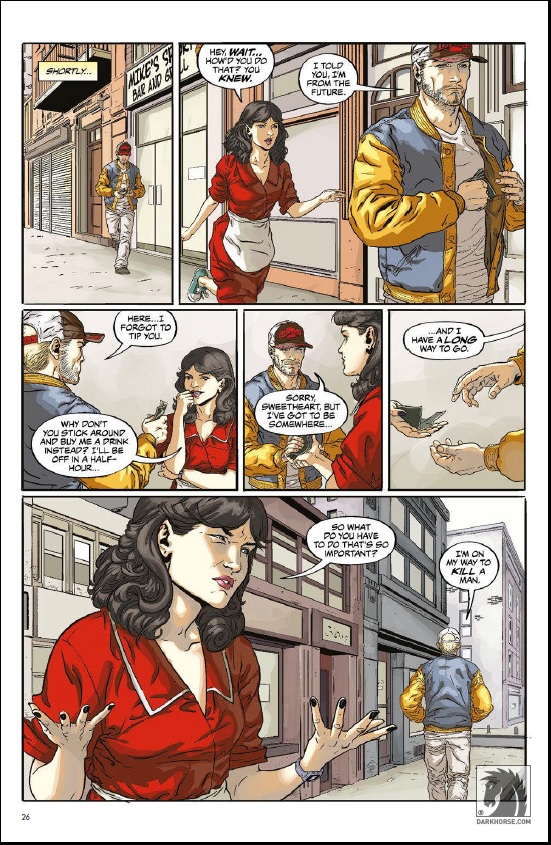 The cover art is fantastic and adds mystery to the title by layering the multiple aspects of the story onto a single page. There is consistency of character art and character portrayal throughout the novel, and with the impeccable attention to detail on each panel (with my favourite being the references to the 80’s memorabilia on the first page) aides in defining the story.

I would recommend grabbing a copy of Echoes as this is a great original graphic novel that will make you question what you would do if you were given a second chance to change your past. Coming out on November 23rd, hurry and pre-order your copy today!