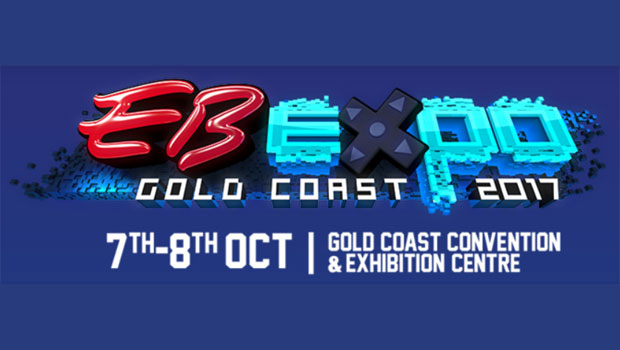 The PlayStation® booth at the event will be jam-packed with new and upcoming releases. Headlined by Gran Turismo™ Sport, the most authentic and visually stunning racing simulator ever made, will be playable before release on both PlayStation®4 and PlayStation®VR. The list of playable titles continues with Activision’s® Call of Duty®: WWII, Capcom’s Monster Hunter: World™, and sensational upcoming PlayStation VR titles including Bethesda Softworks’® The Elder Scrolls V: Skyrim® VR and Supermassive Games’ unforgettable psychological horror experience The Inpatient.

Other titles on display at the PlayStation booth include:

For a full list of titles on show visit www.ebexpo.com.au

EB Expo attendees will be treated to a special keynote presentation from Creative Director and co-founder of MachineGames, Jens Matthies. Matthies will share his insight into the development of the soon to be released Wolfenstein II: The New Colossus, winner of more than 100 E3 awards, and how the studio brought the franchise into the modern era through 2014’s Wolfenstein: The New Order and now, The New Colossus. Presented by Paul Verhoeven, host of Steam Punks on the ABC and co-host of the 28 Plays Later podcast, Jens and Paul will talk through the creative process of game design and the Wolfenstein series in a Q&A style presentation. A must see for any gaming fan.

“We’re getting fans closer than ever to behind the scenes in gaming, whether that be through Jens Matthies’ keynote or by having games so far out from release like Far Cry 5 and Monster Hunter World playable at Expo,” said Marketing, Brand, Events and Engagement Director Debra McGrath.

“There’s over 80 games and consoles to be seen and played across the weekend from the Atari Jaguar to Assassins Creed, and we couldn’t be more excited to bring that to the Gold Coast.”

These titles and presentations come off the back of last week’s announcement that Ubisoft’s Assassin’s Creed: Origins and South Park: The Fractured But Whole will be joining the likes of Super Mario Odyssey, Microsoft’s Xbox One X and a host of others as playable before release at EB Expo this year.