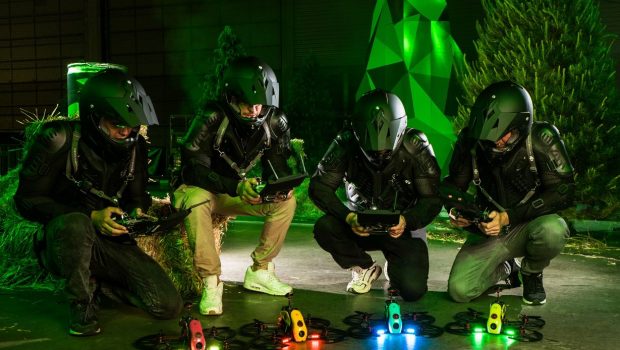 Gamers get ready for a host of exciting additions to the line-up at EB Expo 2016.

The latest amongst the all-star lineup of games on show this year is Bethesda Softworks’ Dishonored 2. Dishonored 2 is the follow up to Dishonored, which won over 100 ‘Game of The Year’ awards, including the 2012 BAFTA award for Best Game. For the first time in Australia, gamers will be able to play Dishonored 2 before its release at EB Expo 2016.

Other hot titles confirmed playable before release include 2K Games’ WWE 2K17, and Ubisoft’s For Honor, South Park: The Fractured But Whole, Steep, and Just Dance 2017. EB Expo attendees will also get to experience Watch_Dogs 2 and never before seen content from Tom Clancy’s Ghost Recon: Wildlands.

EB Expo attendees can expect an exciting all new experience at the Mountain Dew VeloDrone. For the first time ever, Mountain Dew is hosting Drone Hunting battles with Australia’s best drone pilots testing their skills in a specially designed course. Here fans can get in on the action and compete against the professionals in an epic drone vs. laser battle.

Be prepared for some heart-thumping action over three action-packed days when the hottest eSports games on the planet burn up the screens at EB Expo 2016! Headlining the eSports Arena powered by ESL is the epic Counter Strike: Global Offensive tournament. Kicking off on Friday 30th September, the four best Counter Strike teams from Australia and New Zealand will compete onstage for their share of a $10,000 prize pool in front of a live crowd and online audience in a massive eSports spectacle until one winner is crowned on Saturday night.

Also featured in the eSports Arena powered by ESL are Super Smash Bros. Wii U and Melee tournaments where fans can win their share of over $2,000. Registration for these tournaments will be available online and at the Saturday and Sunday sessions of EB Expo.

There’s loads of other fun stuff to do with the family including the all new Oracle laser show in the Poppin Popcorn Arena or chill out in The Pop Culture Dome with an exclusive souvenir Nuka Cola Quantum glowing cup and drink inspired by the beverage from Bethesda Softworks’ 2015 title Fallout 4.

These latest additions to the EB Expo line up come off the back of yesterday’s announcement confirming Head of Xbox Phil Spencer will be attending EB Expo for his first Australian appearance to deliver his only keynote in the country, as well as appearances from the cast of ABC’s Good Game and Wand Choreographer from Harry Potter and the Order of the Phoenix Paul Harris.

A detailed schedule of sessions, events and the full line-up of games and attractions can be found at the EB Expo website at www.ebexpo.com.au. Tickets on sale now from EB Games, ebexpo.com.au Zing Pop Culture and Moshtix.